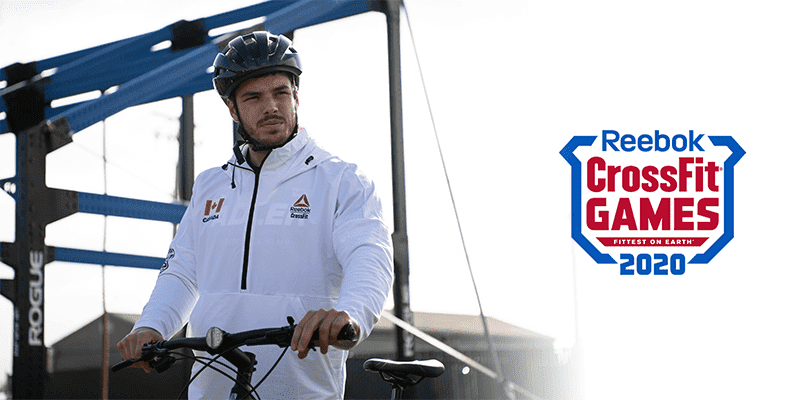 After two speedy events, it was time for athletes to face 10 rounds of bike sprints and legless rope climbs.

Event 8 of the 2020 CrossFit Games, the Bike Repeater, is a throwback to a 2014 Regionals event, where athletes faced essentially the same workout, but swapped running with bike sprints.

The women took the competition floor first and Toomey took the lead from the start, Davidsdottir close on her heels. The Icelandic athlete was strong on the bike, yet Toomey made up ground on the rope climbs and pushed ahead.

As the halfway point neared, Toomey had established her lead and an exciting race was forming for second place: Davidsdottir, Adams and Pearce were all even going into the fifth round.

Adams pulled away from the field coming into the 8th round and at this point, still with the lead, Toomey lapped Wells. The Australian athlete hung to the overall lead and secured with it her third event win for the day.

On the men’s side transitions were fast and smooth; most of them didn’t get off their bikes during the dead turns.

An exciting race between Fraser and Medeiros started to form during the first two rounds. The rest of the field wasn’t too far behind either, they all finished the second round within five seconds of each other.

By round four Fraser had built a lead with Medeiros close in second. The rookie went up the rope climbs at impressive speed, but the current leader made up ground on the bike sprints.

Coming into the seventh round, Adler caught up with Medeiros on the bike, starting a neck and neck race for second place.

Within one round, Adler dropped Medeiros and got close to Fraser, overtaking the four-time CrossFit Games champion at the start of their last round.

With only half the bike sprint and a rope climb to go, Fraser showed a new gear and pulled ahead of the Canadian athlete, creating a gap and securing his third event victory for the day. Adler crossed the finish line a mere two seconds after him.