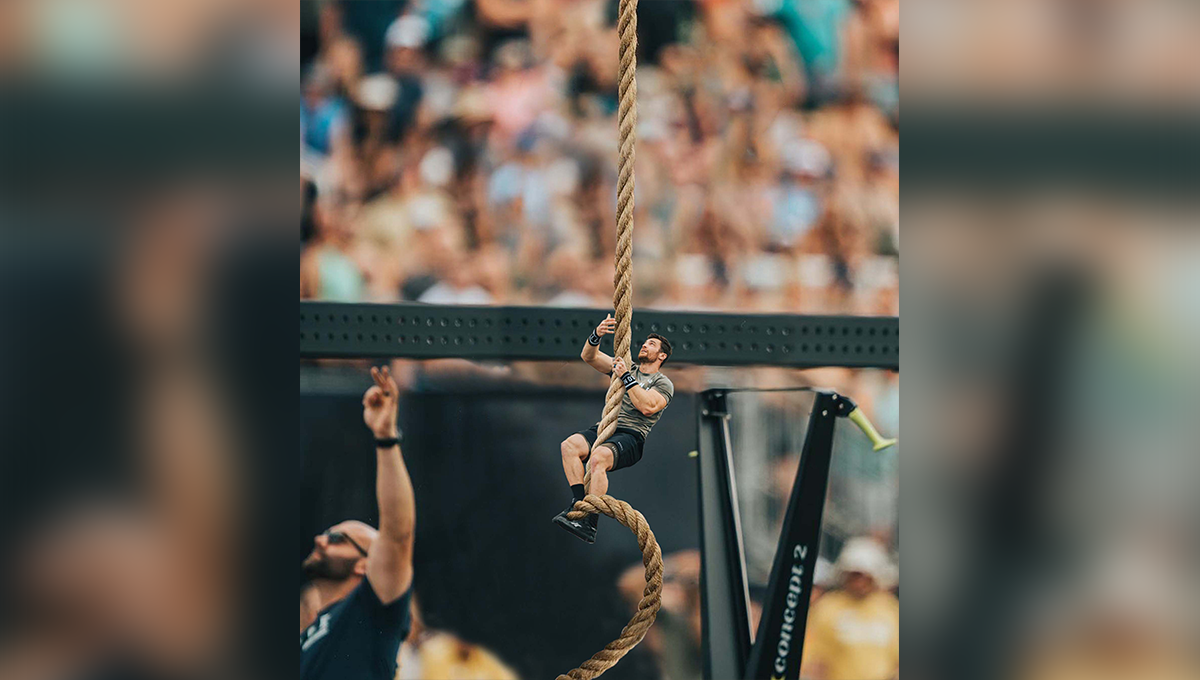 The account, which started in June 2021, features normal sporting scenes with miniature athletes navigating them. The pictures are not only a joy to look at but are also an incredible show of talent (and patience).

The man behind gigantic.world is 29-year-old Tom Parsons. Based in Marlow, UK, Tom is a graphic designer and illustrator by profession with a 9 to 5 job.

Somehow, he still finds the time to train CrossFit and create fun images.

“I’m just doing it for fun,” Tom said about the account. “I initially did with a few of my own photos and I just thought they were hilarious.”

People in the CrossFit scene – especially the pro athletes he uses as subjects – have received the work with much love, which motivates Tom to continue to edit photos.

“I don’t have as much free time as everyone thinks,” he half-joked. “I sort of squeeze things in here and there.”

Tom first got into CrossFit around four years ago after watching the Fittest on Earth documentaries. Deciding bro-sessions in the gym weren’t really his thing, he tried CrossFit and loved how a 10-minute workout could leave him feeling dead.

He got the idea to of putting “tiny humans in a gigantic world” after seeing the meme Instagram account Chalk Llamas post pictures of tiny CrossFit Games athletes with big heads.

The creation process for his photos is unreal and the attention to detail astonishing. It’s not only the athletes that are edited but sometimes also the props around them, which makes the images feel realistic and not-quite right at the same time.

“It’s a bit of a trial and error,” Tom said “Some photos work really well and I’m slowly getting together some sort of algorithm that I think works, things like a certain perspective.”

His favourite ones are the pictures where athletes are around objects that almost fit them, but are still huge.

Tom is running gigantic.world for the fun of it and is loving the reception his posts have received. He said he doesn’t yet have big plans for the account, but his DMs are open if anyone is interested in his work.