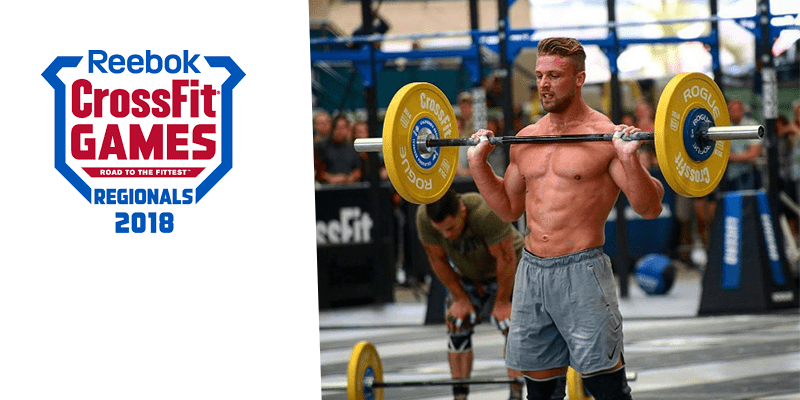 The four male athletes that will be competing in Madison this summer at the CrossFit Games are (in order):

Here is how the final leaderboard looked. 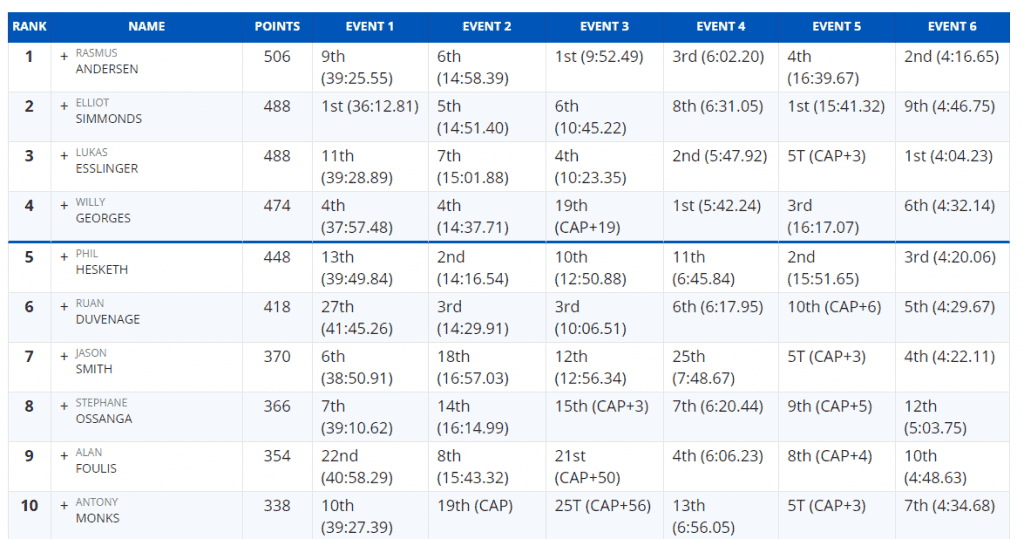 Elliot Simmonds will be representing the UK at The CrossFit Games as an individual, Willy Georges is the first Frenchman.

“In order to secure the fourth and final spot to the Games, Esslinger knew he needed to beat Phil Hesketh. Esslinger also knew Hesketh was looking forward to the final event. So with a balls out approach and a keen eye on Hesketh, Esslinger left no room for doubt, finishing the the final event well ahead of the entire field.”

EVENT 5 AT THE CROSSFIT MERIDIAN REGIONALS

Elliot Simmonds took first in a time of 15:41.32, moving himself back into first position. Fellow UK Crossfitter Phil Hesketh was second.

The fans inside Caja Mágica cheered “Willy! Willy!” louder with each flip of the box, as crowd favorite @iamwillgeorges neared his final box step-overs in Event 5. Quietly and calmly, @ellsimmo93 trudged forward as Georges paused for a second before beginning the final overhead lunges of the Event—in that moment, Simmonds took the lead and pulled out a win which the entire arena had assumed would go to Georges. 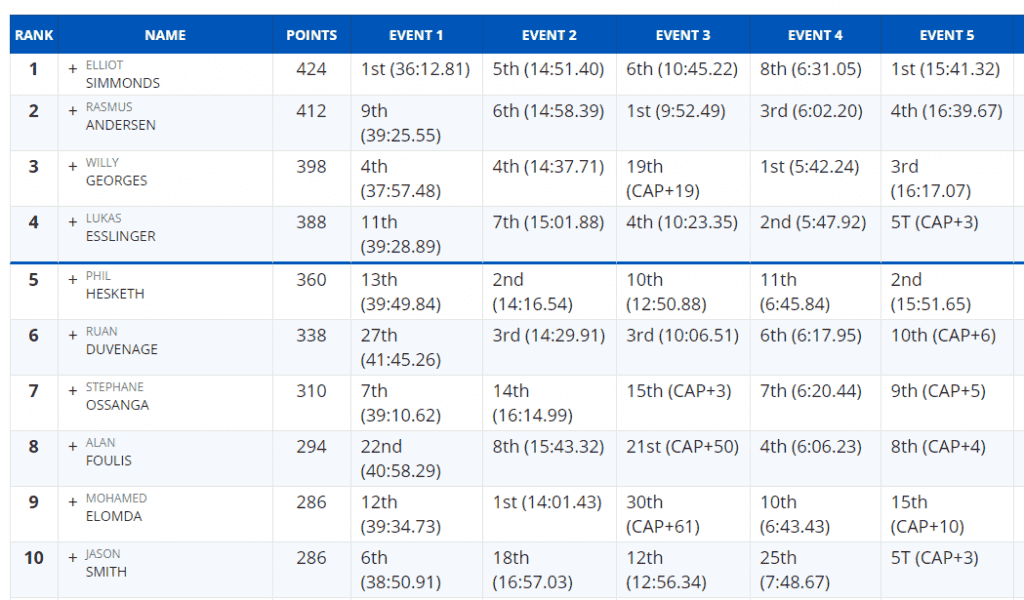