Scott Panchik had to withdraw from the Syndicate Crown after injuring himself during the rope climb event, a workout he expressed concern for athlete's safety hours before. 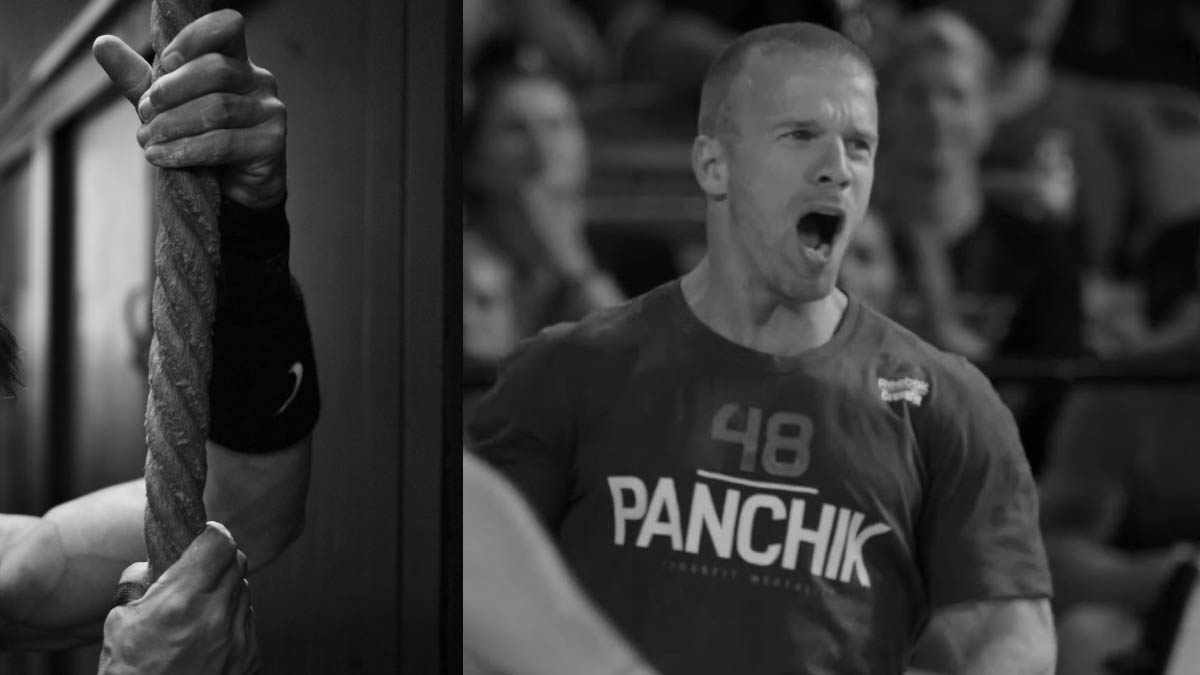 Sadly, Scott Panchik will not be returning to his 10th Games appearance. He injured himself during event 3 at the Syndicate Crown – an event he expressed concern about the length of the rope climb which is exactly what caused his injury hours later. CrossFit HQ has officially responded to Panchik’s injury.

Scott Panchik withdrew from his CrossFit Semifinal after sustaining an injury on his “good knee” during event 3 in Knoxville, Tennessee. The workout in question was a redo of 2014’ Regional Event 5 with legless rope climbs and shuttle runs. This workout was one of 2 that CrossFit had programmed for every Semifinal competition around the globe to include.

According to Panchik, athletes were briefed on the day of the events early in the morning about the workout. “After seeing the amount of rope left laying on the competition floor I verbally expressed concerns I had for athletes safety in an event as fast as this one,” Panchik wrote on his Instagram page.

Panchik went on to mention that Torian Pro, the Crossfit Semifinal in Oceania which began the very same workout hour before, had the ropes cut down keeping any leftover of the rope off the ground. “I was told nothing could be done to change the ropes and this is what was provided to be used,” he continued.

”During the descent in round 3 or 4 my foot landed on the extra rope on the ground. That’s when I felt the pop in my “good” knee. I managed to finish the event in hopes that it wasn’t that bad. I spent the next 2-3 hours in and out of medical testing movements, talking and praying with my wife,” Panchik revealed. Last year, Panchik fought through an injured knee during the Games.

After 3 events, Panchik was in 5th place, with a one-point difference with 4th place and 2 points to 3rd place. He was well on the way to qualifying for the CrossFit Games this year.

You can check out the event in question in the video below. It is possible to see many athletes struggling with the rope after landing, mainly with the equipment getting in between your legs when switching to the shuttle run part of the exercise.

Although he announced his retirement last year, Panchik said he was still going to compete to create memories with his family (both brothers are competing at the Mid-Atlantic CrossFit Championship Semifinal). Scott is part of this year’s Athlete Advisory Council.

The amount of emotion running through my body has made this post difficult to write but I still want to share what happened today.

At 7:30am we were briefed on the days events. After seeing the amount of rope left laying on the competition floor I verbally expressed concerns I had for athletes safety in an event as fast as this one.

I felt I presented a strong case with various examples of why this could be unsafe. There have been multiple noted injuries in the past at events like this. I also mentioned that the Torian Pro had done this event already and the rope was cut keeping all the ropes off the ground.

I was told nothing could be done to change the ropes and this is what was provided to be used.

Heading into the final heat it was obvious that ever second would count in this workout. During the descent in round 3 or 4 my foot landed on the extra rope on the ground. That’s when I felt the pop in my “good” knee. I managed to finish the event in hopes that it wasn’t that bad. I spent the next 2-3 hours in and out of medical, testing movements, talking and praying with my wife.

During that time I went back and forth too many times to count on what to do. During the 2nd heat of men I told my wife I was done. We both cried took a breathe yet still I grabbed my wrist wraps and headed to the warm up area. When my heat was called I willed myself into the coral with the timing chip on my ankle and as they called us out I made the decision to withdraw.

Something I have never had to do in this sport.

I was fully prepared physically to compete this weekend. I was here to make memories with family, friends, and competitors and prove I am still one the fittest men on earth.
Thank you to the fans, volunteers, and medical team for being part of the highs and lows competing brings. Having you all on this wild ride with me will bring peace to this situation at some point.

A few CrossFit athletes wrote on Scott Panchik’s Instagram page in support of his safety concerns.

“Exact same worries here. Thinking of you and sending you good vibes. You are a legend.”

“I asked about cutting the ropes last year and was given the same answer. So sorry to hear this Scott! You’re such a legend in this sport!”

“So lame. It really bothers me that ropes are on the floor this day and age, haven’t we learned? There is something that could be done. Get the tools and cut the gosh damn ropes. It would take 20 minutes with kitchen knife and tape. Makes me even more upset that you brought it up and nothing was done.”

“So sorry to hear this. The extra rope on the ground was ridiculous. Heal up quick. Hope to see you back out there next year.”

CrossFit has officially responded to Panchik’s outspoken concerns regarding the event. The statement below is from CrossFit GM of Sport Justin Bergh.

“Scott is a remarkable athlete, person, and ambassador for the sport, and we are deeply saddened about his injury. As soon as we were notified, our team reached out to Scott and the event director to determine what happened.

Unfortunately, Scott’s concerns about the rope climb did not reach CrossFit HQ prior to the event. Ensuring a real-time channel of dialogue and escalation for athletes during events was the reason we created the new Competition Liaison position this season, but clearly there was a breakdown in this situation, and we need to better educate both athletes and event officials on when and how to engage with the Competition Liaison.

The Competition Liaison position was announced in the Hopper that was sent on May 18: ‘Competing athletes may request the Competition Liaison to assist with communication with event organizers. Issues may include appeals, schedule discrepancies, warm-up area requests, safety issues, and concerns about competition fairness.’

Going forward, we have relayed the issues around rope length to upcoming event organizers and instructed them to shorten the ropes if needed for safety. We are also working to ensure both organizers and athletes contact the Competition Liaison whenever they need to address future issues of this kind.”

The Hopper sent on May 18th in question can be viewed here. The competition liaison’s role, according to the e-mail, is “not to directly resolve disputes or issues, but rather to ensure they are communicated to the appropriate party and resolved professionally.”