Find out exactly how the last day of events went down for teams competing at the CrossFit Games. 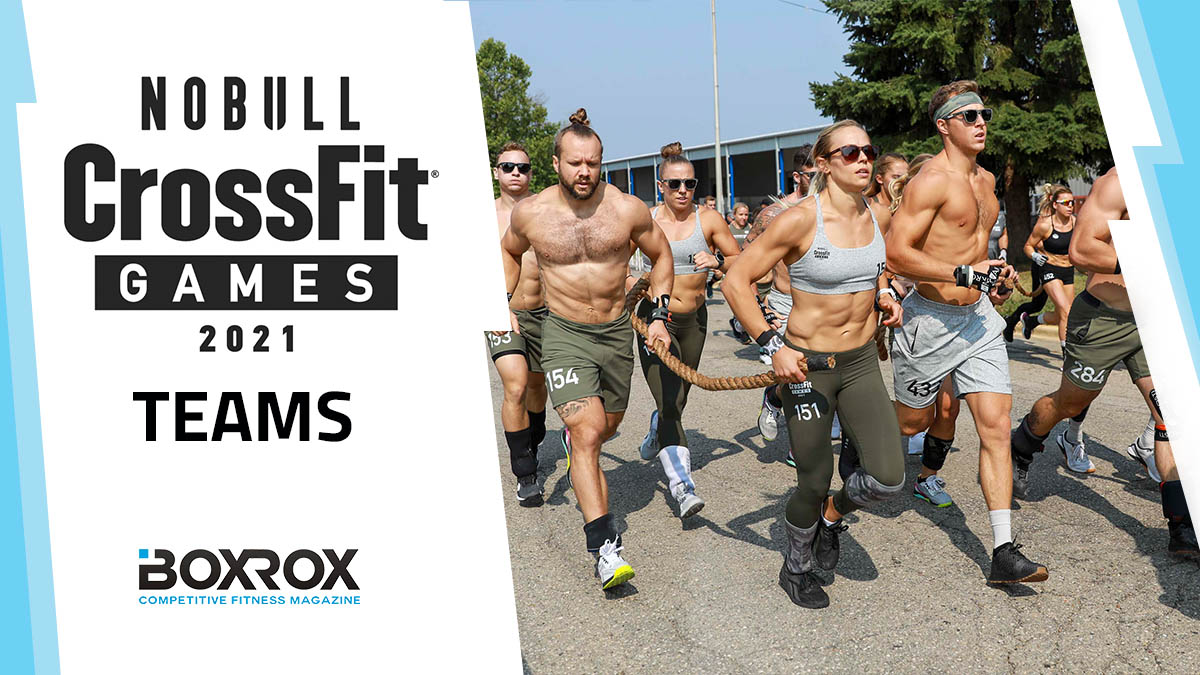 Sunday events are over for teams and the Fittest on Earth have been crowned. Here is your 2021 CrossFit Games Teams Day 4 Recap.

The first event of Sunday was a fun one to watch, with curds over hay bail and it cut down the field of competitors to just 10 teams. There were two more events before the official end of the CrossFit Games for teams this year.

When all was said and done, CrossFit Mayhem Freedom continued its dominance at the CrossFit Games and secured its 5th win, the most successful team to date.

Overall Leaderboard Standing After All 13 Events

You can check out the full leaderboard here.

Event 11 required an incredible amount of stamina from the competitors and, as usual, great communication.

For those who thought Rich Froning would crush it, think again. Yes, CrossFit Mayhem Freedom won the event in 9 minutes and 42 seconds. But only two seconds behind was Australian team CrossFit Urban Energy which really ramped up the energy and made Froning and his team members run for it.

At the end of this event, Mayhem Freedom stood high and shoulders above any other team in the competition with 1047 points, followed by CrossFit Oslo with mere 848.

A Games title for Rich Froning and his team mates were a matter of time. Why a matter of time? Because they broke the record for greatest margin of victory in an Affiliate Cup: 199 points. Back in 2019, Mayhem Freedom managed to secure a 198 points lead, which was the previous record.

After the first event on Sunday another 10 teams were cut. Here is the standing with the only 10 participating teams that continued to compete.

Another brutal workout with the hay bail as an obstacle for athletes between the deadlift and the handstand push-ups.

Through the event, Crossfit Mayhem Freedom looked like they had this one in the back as well. It is common for the team to start in the back and slowly creep up to 1st place before the finish line. It certainly looked like it, until the last set of deadlifts.

Mayhem Freedom got a no rep in one of the deadlifts and team CrossFit Genas from France took the lead and ran with it. As Rich Froning and his team was going to do the last set of handstand push-ups, team Genas was jumping over the hay bail and running for the finish line.

CrossFit Genas finished 1st in 4:48, CrossFit Mayhem Freedom came in 2nd with 5:16 and CrossFit Resurrection ended in 3rd place in the event with a 5:54 time.

It was the first time in history that teams had to do lunges with the worm overhead and it took Mayhem Freedom less than 5 minutes to finish the event first and officially become the Fittest Team on Earth.

The fight was bigger for the 3rd place as it could go to either CrossFit Genas or CrossFit Surbiton – the points difference was of mere 7 points. Genas finished the event right behind Mayhem Freedom and secured their place in the podium.

CrossFit Mayhem Freedom finished the event 1st, followed by CrossFit Genas, and in 3rd place in the event was CrossFit PRO1.