Top 5 Things to Expect during the CrossFit Open 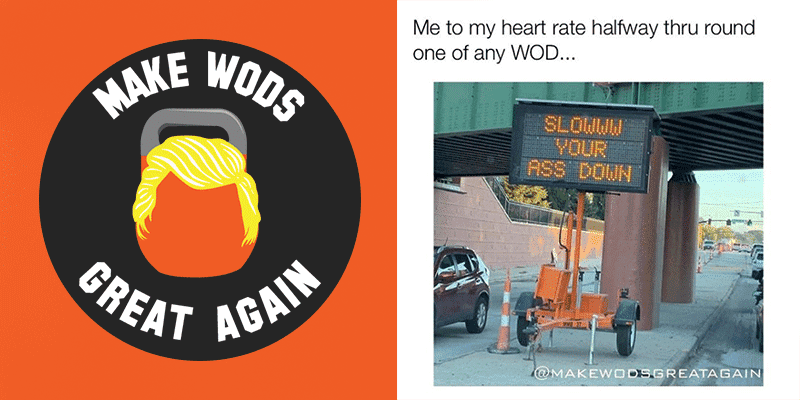 Editor’s note: We are excited to publish the first article in our new content partnership series with John Wooley, CrossFit Satirist and talented creator of “Make WODs Great Again”. If you don’t already, follow his hilarious instagram account here. Over to John…

The Open is that magical time of year where hundred’s of thousands of CrossFit athletes converge on their respective gyms to do a series of workouts designed to determine the “Fittest on Earth”.

It is also that time of year where average CrossFitters like me do REALLY stupid things in an effort to prove they are fitter than the guy or girl they normally workout next to.

In that spirit, I thought I would use my 9 years worth of CrossFit experience and tell you the top 5 things to expect during the CrossFit Open. 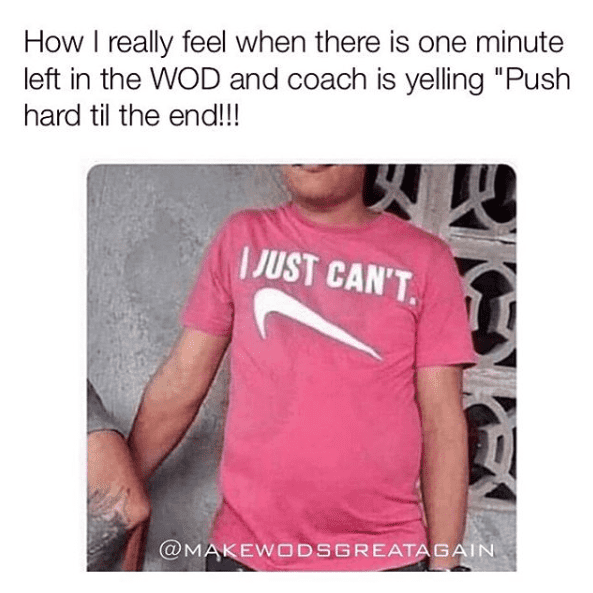 5. Expect to hate your coach

CrossFit coaches are (typically) great people. They are thoughtful and caring and by most accounts, want what is best for you.

During “non-open” training a CrossFit coach doesn’t have time to to watch the depth of every single rep or the lockout on every press you make. During the open they will be so far up inside you, they could probably get included into Glassman’s MDL1. 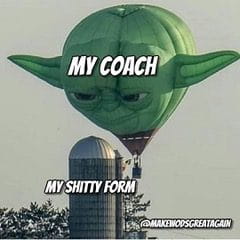 With that in mind, you will likely experience one of two types of coaches.

They will either (very loudly) shout “No Rep!” and send a cascading wave of emotions over you ranging from shock to “WTF?!” Or they will do, like my coach, and count every rep you successfully hit out loud and very passive aggressively repeat the same number over and over when you miss until you get the rep right. Imagine hearing “2-3-4-4-4” until you finally stop and ask what you did wrong.

Don’t misunderstand me. I know what I did wrong, I just don’t want to hear it out loud…

4. Expect to see cheaters get exposed

This is the BEST part of the Open! 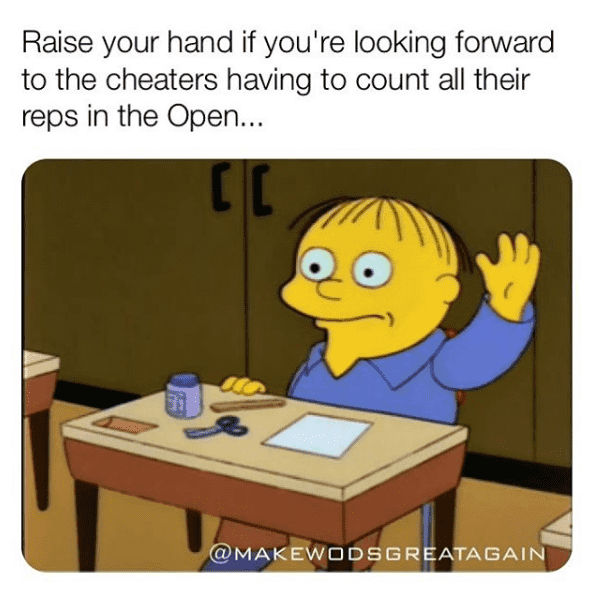 That one guy or girl who beats you all year year long in every WOD and gloats about it is about to get exposed for who they really are. That’s right. Cheatie McCheaterson is going to have to do the WOD in front of a watchful eye with a running clock.

This will be a glorious moment for you however, I want to level set expectations here. The cheaters that get exposed are typically new to CrossFit and either didn’t see it coming or have lied to themselves so long they actually believed they were better than they are.

The others come up with an excuse like “I’m nursing an injury” or “That WOD just wasn’t in my wheelhouse”. Whenever someone uses that last excuse to me I just assume that “not in my wheelhouse” means “not good at putting numbers in sequential order”.

Regardless, the cheaters will be called out for who they are so enjoy your five weeks of being on top…

I love the Open because everyone has an opinion on every WOD and you can bet your sweet ass that Chad with the 9 minute Fran time is going to tell you in excruciating detail how he plans to break down every rep of each and every WOD. 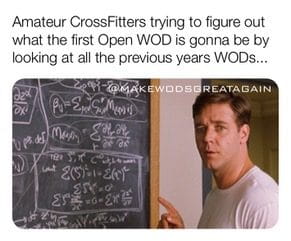 Let me break it down for you Chad. Your Open experience is likely not going to be any better than your day to day experience up until this point and there is even a better chance that your Pre-WOD anxiety may cause you to screw this up altogether so here’s my advice on how to break it up. Don’t worry about it. Just do the WODs, have some fun, and go have a post WOD drink after with your pals.

If that doesn’t work for you I suspect someone can make you a protein shake with an antidepressant  mixed it that could help. That works for me anyway…

2. Expect some highs and lows

The CrossFit Open will make you moodier than my teenage daughters with all the ebbs and flows it creates. 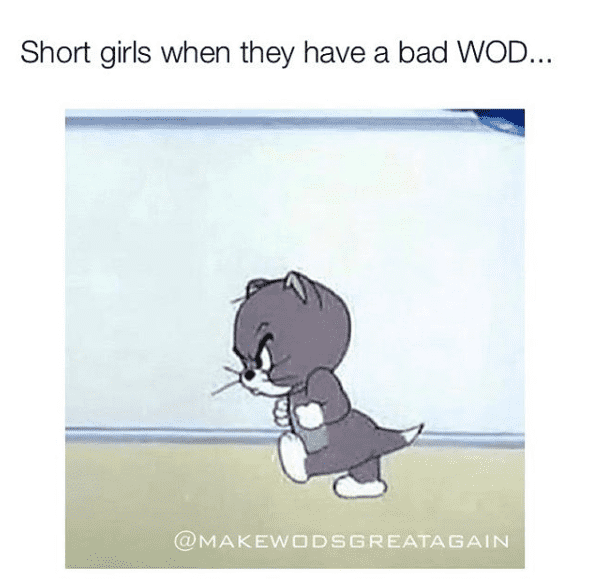 As a matter of fact, the most recent CrossFit Open was the best Open I’ve ever seen at that. When 19.1 was announced as a couplet of rowing and wall balls, tall people everywhere were lurching around like they had just solved all of their fitness problems while the short people were so grumpy you would have thought someone took away their booster seat.

It was actually pretty fun for one week at least to see CrossFitters complain or brag about a height advantage. Odds are it won’t be a height issue that will throw you but a movement issue. Expect muscle ups, handstand walks, or even a weight you can’t move to throw a roadblock in your path.

Don’t sweat it. Just know it’s coming and if you can’t fix the movement before the WOD, prep your excuses now…

1. Expect to see lots of Redos

Redos are dumb. Yeah I said it. Dumb. Unless you have a chance to make the top 100 or win your country it’s a fools errand. 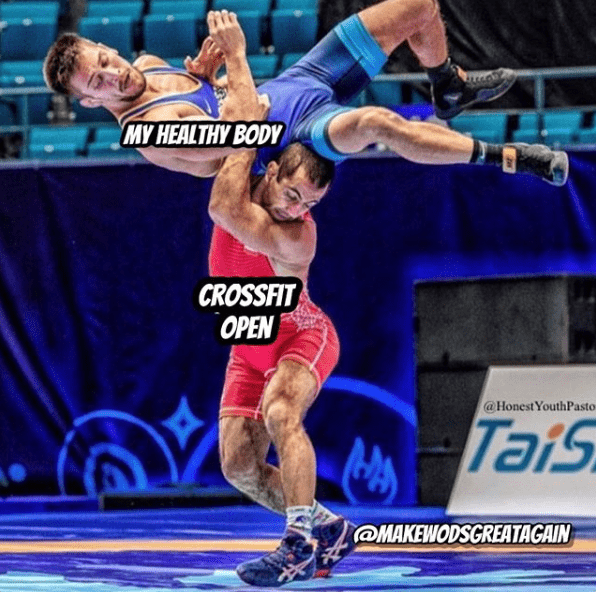 You will see a LOT of people redoing WODs in order to prove their “fitness” but it really makes no sense in the long run.

That’s it. Now go get signed up because as they say, “The Open is for everyone”…”

If you enjoy John’s work, check out his excellent website and social media channels: 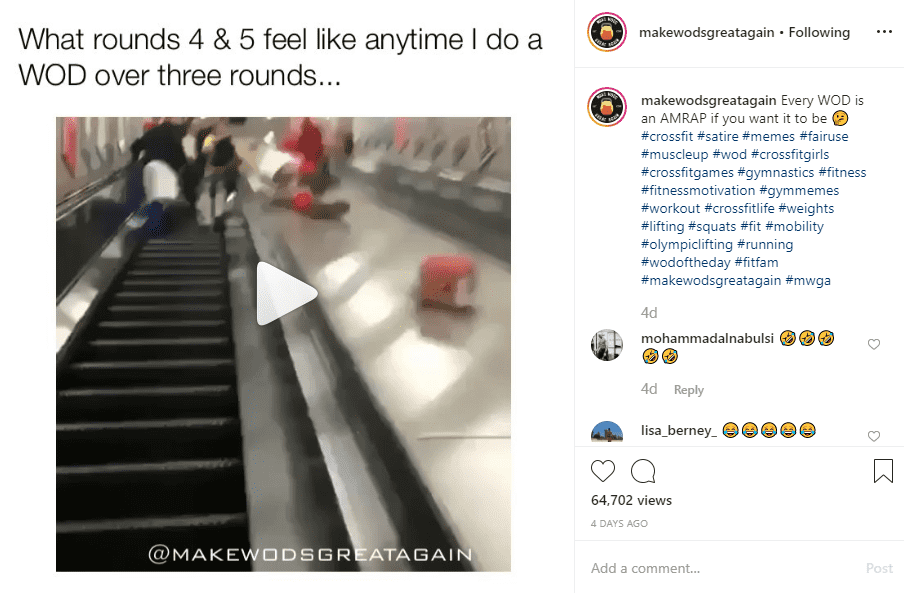