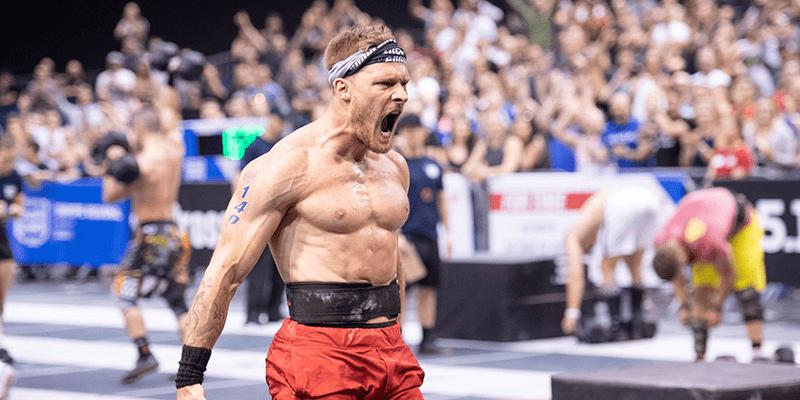 Hey Will Kane, can you tell us about yourself and how you got into CrossFit?

So I initially started Crossfit after hitting a session for pre-season with my rugby team. After seeing that most of the girls were stronger than me and loving the atmosphere, I quickly thought I need to look into this more.

I read the crossfit journal and then hit most of the benchmark workouts as recommended. As difficult as it was to perform these in a Globo Gym, I really enjoyed the intensity and variety of the workouts.

Soon after I joined CrossFit Cheltenham as a coach, it quickly became a large part of my life…

A year after entering CrossFit Cheltenham, I opened my own Box with my business partner Fraser and 5 years later I’ve never looked back.

What are your CrossFit achievements so far?

All my regional finishes:  9th, 12th and 9th. Winning Regional Event 5 this year in the Chipper. Winning an Open workout in my region a few years ago. I can’t remember exactly which one but again it was a Chipper style workout and had rowing, toes to bar, wall balls, cleans and muscle ups. Other events that spring to mind are second place at the Athlete Games, winning Battle of the Beasts (now European champs) and probably winning the French Throwdown Team Category this year.

If you could program one workout for the 2019 Regionals to suit you perfectly, what would it be and why?

I suppose something longer, with some high skill gymnastics and high heart rate elements. Or max speed on broomstick!

How did it feel to win an Event at the Europe Regionals?

To win my heat was amazing. I knew half way through the step overs that I was on for a good finish because I felt pretty good and everyone looked somewhat spent. I think it was a good move for me to grab some chalk before the last lunge just to give my shoulders a quick rest and after playing to the crowd, I managed to get over the line first.

So this moment was an event win and not a second place because the silly sausage that beat me in the next heat was taking naughties. Cheers cheeky boy Up to 9th now 😂🍆 @crossfitgames

After the event, I was watching the second heat whilst cooling down on a bike, only to watch one of the Russians beat my time. I was still happy with second place but was also disappointed I didn’t take the event win. However, after that Russian failed his drugs test, I’ve now found out I did win it. Another goal of mine ticked off.

What are your thoughts on the recent drug bans issued by CrossFit?

Happy, that drugs cheats are being exposed and that CrossFit seem to be taking a hard line  against this issue. But again disappointed because if I knew, and the guys ahead of me knew, that a big push in the final event could have seen one of us get to the Games, I would have gone all guns blazing. But being a little further back meant my mentality in that event was to be quick but not make mistakes.

If I knew there were a realistic chance to get to the Games I would have buried myself.

How different is it from practicing the Regionals workouts in your gym compared to performing them out on the competition floor?

I like to think my standards and reps are high therefore my times in training were actually quite similar to the event itself. Obviously, having judges is different, having a big crowd, racing against people, waiting for 20 minutes from warm up to actually starting the event and being tired from a weekend of competition plays a part. However, I always surprise myself in competition so I tend not to think too much about practice times and just compete against people.

What is TeamTRAINING programming? How did it start?

So in short, Craig Richey asked if I would help him with training this year. I mentioned that we have quite a few clients and that we were busy with programming but I’d be happy to help. We had also been training together and it became evident that we were opposite athletes. He needs to get fitter and better at gymnastics and longer workouts; I need to get stronger and get better at sprint workouts.

The program is periodised and aims to peak people for the Open. It is also a fun and engaging program with scales for all abilities. We also wanted to price the program low, at £10 per month, in order to make accessible to everyone.

There are some fantastic programs out there aiming to get people fitter and stronger. Ideally, an individualised program would be the quickest way to get someone to their desired goals. However, with nearly 1000 people following Team Training this would be an impossible workload for myself and business partner, Fraser, to write at this stage. Most online strength and conditioning programs have a strength, conditioning and gymnastics bias. Our programs are based on the goals of myself and Craig but it has materialised that many people have the same strengths and weaknesses as us.

One of the barriers we found most people encountered when following the program was completing all five session and having enough equipment to complete all the exercises. Because of this, we have just launched our 3 per week program which is obviously programming over fewer days and requiring more basic equipment. This program can be followed by people not just in a CrossFit gym but in more basic establishments.

Are there any general principles that underpin the way that you like to program?

Fraser tends to write the backbone of the programs and then we build the other biases from that. We use a progressive overload method which entails three weeks on, with a fourth being de-load.

There is an off-season in which we focus on building base strength numbers and strict gymnastic strength whilst aiming to improve aerobic capacity. Obviously, with the different biases conditioning has more aerobic work and strength has more resistance exercises. Throughout the rest of the year we gradually introduce more CrossFit style workouts until we are hitting more Open style workouts around 2 months out from the Open.

We think very carefully about not giving a heavy knee flexion day followed by a high impact running day and try to be mindful of the effect each day will have on central nervous system recovery. We feel we have a good balance of volume and intensity now.

Give me an example of a conditioning workout from TeamTRAINING?

Rest until 10 mins when finished

And a strength-based workout?

IMPORTANT NOTE : these waves are designed so that if you fail a wave you stop. so if you complete wave 1 and 2 then fail on wave 3 by only getting one rep @ 95% stop. Completeing wave 3 is hard and should be hard if you get to go past and complete wave 4 incredible work. If you complete wave 5 your percentages are off and too light. No tempo, rest 2-3 mins between sets and as needed between waves.

complete 30 reps as fast as you can.

What is your biggest strength in CrossFit?

Competing and racing against people on a similar or higher level to me.

And what weakness are you currently focusing on?

What common mistake would you recommend Crossfit beginners try to avoid?

Don’t do too much. Leave your ego at the door. Correct your movement and be patient.

You are a coach, an elite athlete, a gym owner and a dad, how do you balance all these different parts of your life?

I try not complain because let’s be honest,  training and coaching for a living is pretty cool. Then I get to go home and relax with my family.

You are the sorting hat on the first day of school, put the following Crossfitters into the appropriate house at Hogwarts:

If you could coach one character from Harry Potter to be a Crossfitter, who would it be and why?

Hagrid – He would be straight on the conditioning bias

Thanks a lot Will mate.

If you want to learn more about Will, where he coaches and TeamTRAINING then check out the following links: