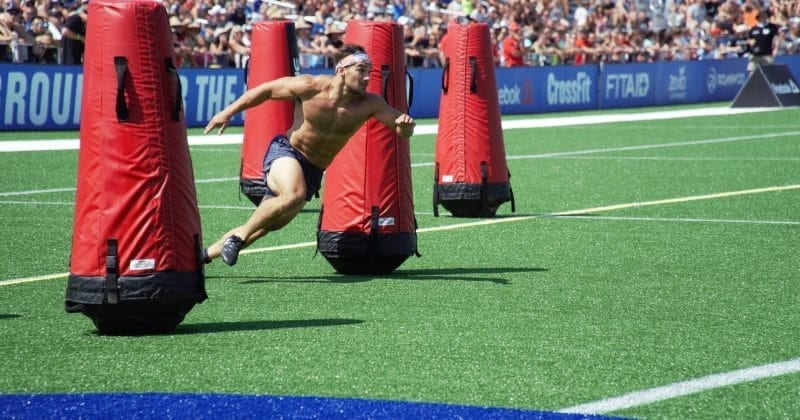 Running is one of the most basic human movements next to walking and crawling. It is how we get from point A to point B the quickest when we don’t have access to technology to help us along. You’ve been running since you were a toddler and able to pick up more than a slight trot. You obviously know how to run, right?

If I showed you a loaded barbell and asked you to explain to me how to pick the barbell up in the safest and most efficient way possible, you would tell me how to deadlift. You would instruct me how to efficiently position my body and lift the object without bringing myself to injury.

Now, what if I asked you to explain to me how to run? And no, just telling me to “go run” isn’t explaining.

Imagine I had amnesia and you had to explain to me how to position my body and move my limbs to run efficiently. Not as easy? It should be just as easy to explain how to run as it is to deadlift, but sadly, running isn’t often talked about as a skill that needs to be taught and practiced because its something that we all do anyway.

For the same reasons that we drill and practice every other movement that shows up in a WOD, we must also take the time to practice efficient mechanics in our running. Just like deadlifts don’t hurt the powerlifter, running itself doesn’t cause injury. Poorly performing an exercise over time causes injury. Without knowledge of how to run with proper mechanics, you are almost guaranteeing yourself injury at some point in the future.

This may be obvious to some, but there is a way to run that is not only efficient, but also safe. If you have never heard of the “Pose Method”, invest some of your time into studying the work of Dr. Nicholas Romanov. He is the inventor of the Pose Method of running, and has created a mechanical checklist to break down how to run. POSE-FALL-PULL were the 3 words he used to describe running in the simplest terms.