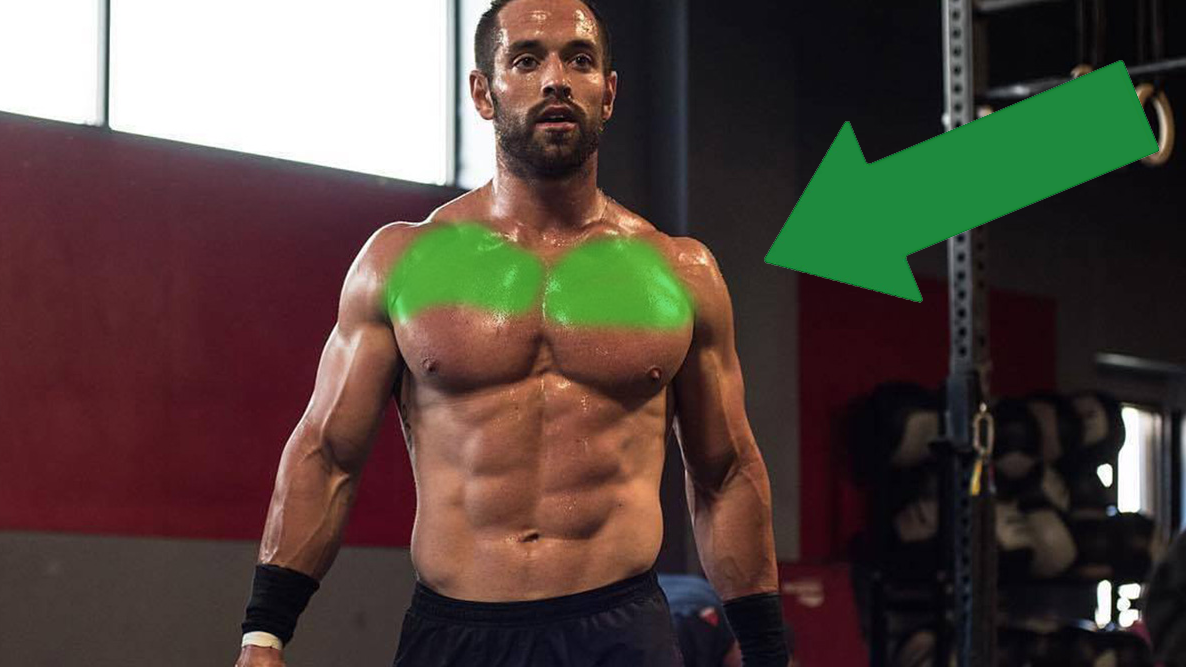 Use these exercises for fuller upper pecs if you want a better, stronger chest.

They have been compiled and explained by Jeff from Athlean X.

“The upper chest is an area that a lot of guys struggle to develop.  In this video, I’m going to show you how to get fuller pecs by putting the science back in 8 exercises for the upper chest.  If you adhere to the principle of following the fibres, you will see how it is possible to add muscle to the upper portion of your chest much more quickly.”

“It starts with a bit of anatomy of the upper pecs.  This area of the chest has attachments at the clavicle and the humerus or upper arm bone.  The most important point however is that the direction of the fibres in this area run from up and in to down and out.  In other words, when your arm is placed at your side and away from your body, the upper chest is responsible for bringing it up and across your body at an angle.”

“If you adhere to the direction of these fibres and mimic the movement in your chest exercises, you will more effectively hit the upper chest.  The fact that the upper pecs have a separate nerve innervation than the rest of the pec major allows you to neurologically target the area even more with a better focus and contraction.”

“We all know that the incline bench press is an exercise that targets the upper chest.  That said, there are limitations to this movement that prevent it from being the best move to hit this area.  If you can incorporate adduction into the movement as well, then you would be able to get a better chest contraction.”

“The most important consideration for determining the effectiveness of the other upper chest exercise options is the orientation of the arms during the movement.  Are the arms moving up and in and if so, then you are likely hitting the upper fibres of the chest better.  Here I show you a few bodyweight chest exercises like the upper chest dip and the pushaway pushups.  Each of these are performed with the arms placed in front of the body to effectively hit the upper chest more.”

“The one armed dumbbell shrug is an exercise that shortens the moment arm of the pecs and allows you to use heavier weights to hit the upper chest.  You can opt instead for lighter weights and a greater range of motion by doing the landmine rainbows.  Either way, you will see that the direction of the arm is the same.  Any time you want to target the upper pecs more than the lower you have to bring the arms from the low and away position to a up and in placement.”