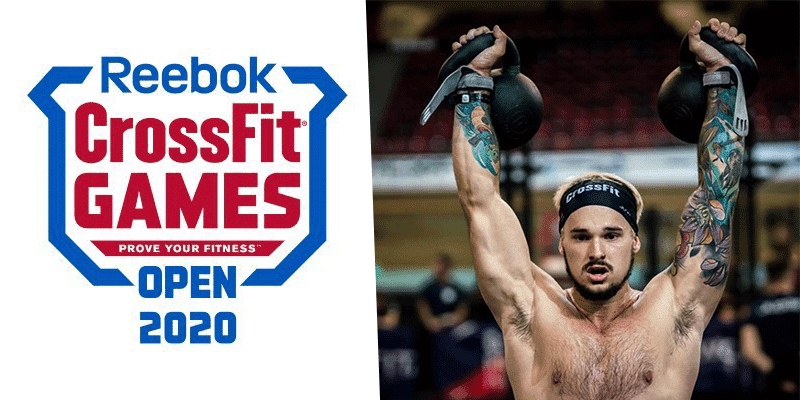 Canadian athlete Cedric Lapointe is back in the Top 20 Open worldwide leaderboard following an appeal to a major penalty on his 20.1 score, he announced yesterday.

I’m back in the top 20, my 20.1 appeal got accepted by CF HQ earlier this week. I’m pleased that justice is finally served and I’m grateful for the continuing support of the community.

The news comes after the athlete took onto Instagram on October 24 to share his frustration with the video review process and system.

CrossFit Games Athlete Fights Back Against his Points Reduction in 20.1

“I’m mad because I’ve sent 3 e-mails to CFHQ for an appeal and never got an answer back. If you don’t have a big name, they’ll step on you and enjoy doing it because they love feeling powerful” he wrote when CrossFit HQ confirmed all scoring adjustments for 20.1.

As per the rulebook:

“An athlete submitting a video for review will receive an email message from CrossFit if the score posted with the video is modified. The message will give a brief description explaining the reason for this change in score.

“Any athletes who disagree with their score modification must contact support@crossfitgames.com upon receiving notification that their score has been modified. In the email, they must list the workout in question, the original score, the modified score, and the reason given for the score modification. They must also provide a brief explanation for why they are appealing the decision.

“CrossFit will review the athlete’s appeal and the video in question in order to render a final scoring decision. This decision will be communicated to the athlete via email.”

“I’m back in the top 20, my 20.1 appeal got accepted by CF HQ earlier this week” shared the Canadian Games athlete on Instagram.

According to Lapointe’s original Instagram post, his submitted time of 8:16mins was penalised by 2 minutes, changing his score to 10:46 and moving him from second in the world to 900th.

Lapointe was originally issued a major penalty for “lack of extension during ground-to-overheads”. Four more athletes were penalised for the same break in movement standard.

WATCH THE VIDEOS OF 20.1 BY CEDRIC LAPOINTE

“Cedric, I manage the review process for the CrossFit Games. After consideration, your video has received a MAJOR penalty for consistent lack of extension in the ground to overhead. A MAJOR penalty for 20.1 is 2:30mins, which will adjust your 10:46. Good luck for the rest of the season” I’m someone who’s pretty happy in life, rarely sad and never mad, but this morning I am. I’m mad because I’ve sent 3 e-mails to CFHQ for an appeal and never got an answer back. If you don’t have a big name, they’ll step on you and enjoy doing it because they love feeling powerful. The system is stupid and illogical, how can a 8:16mins become a 10:46mins? How can I go from 2nd in the world to 900th? How can one persons opinion of my video determine I’m not fit enough to keep my well earned score? I’m mad because I’m not made of money, I’m a full time athlete, who can’t just compete in every sanctioned event, so qualifying through the open was important to me. I saved money to go to @filthy150 thinking it would be the 1st Sanctioned Event and easier for me to qualify for the CF Games, but they just invited 7 Games athletes. Why cant you not do that in advance? Tell the athletes and stop thinking with your wallet. We’re human beings, we don’t want to be part of your game and when I ask you in advance on IG, have the descency and humility to answer me. I put my life on hold for 2years of my own life for a sport (or a brand) that can’t even respect me. Someone who paid their stupid 1K$ to be a CF trainer, someone who’s serving THEIR community and someone who’s been helping THEM grow the last 4 years. Why can’t you respect us, the elite athletes, that are spreading social media of free content for you? I’m mad because I’m only one person, one person that is trying to fight against an industry that enjoys playing with us, with the rules, the standards and the season like if we were toys and we don’t matter to them. I’m mad because despite all the previous facts, I’m in love with that sport and I’ll keep preaching it every single day. I wish things were different, I wish things were fair. I wish there would be a system that works, but I’m sad that it won’t be with CF.