Masters and Teens also put on a show this past weekend, but only 10 athletes in each age division will advance to the CrossFit Games. 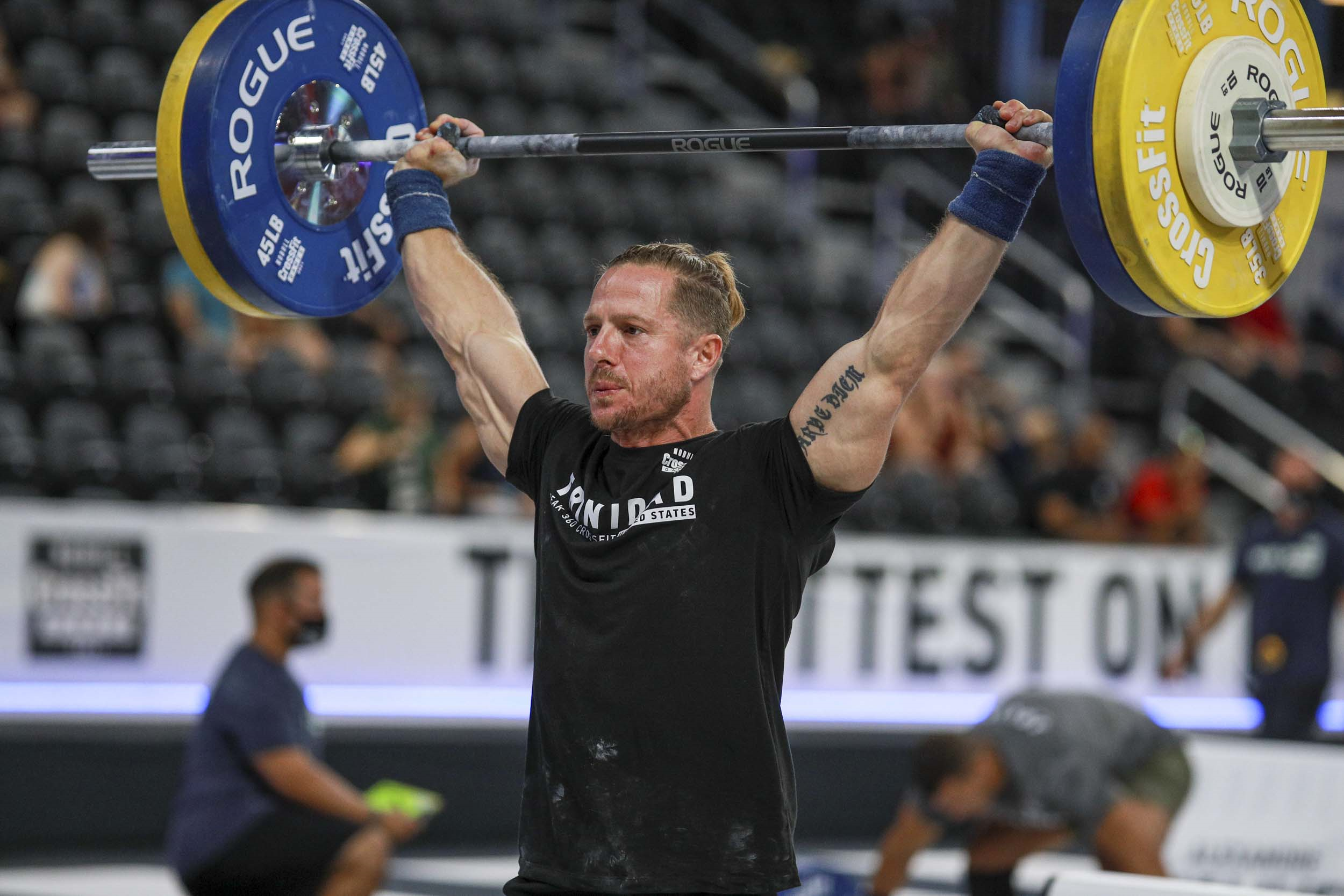 The first week of Age Group Semifinals is over and the best Teens and Masters in the 35-39, 40-44, and 45-49 divisions now await for the leaderboard to be finalised.

The online competition determines the 10 athletes that advance to the 2022 CrossFit Games.

The Age Group Semifinal, which took place between May 26 and 29, saw athletes in each age division compete in six workouts for their chance to qualify for the Games.

This is the third online competition Teens and Master athletes have tackled this season, starting with the Open, moving on to Quarterfinals, and finally Semifinals.

According to the CrossFit Games rulebook, the leaderboard will be finalised by the 5th of June, “within one week of each competition concluding.”

Here are the unofficial results of week 1 of the Age Group Semifinals, as they stand at the time of writing.

Check out the workouts these athletes completed.

Greek athlete Ioannis Papadopoulos lifted the heaviest weight during workout 6 – a max Clean and Jerk following Wall Balls – with a total of 352lb. The second athlete to lift the most weight in the age group was 17-year-old Johan Roberts with an impressive 331lb, one pound heavier than 42-year-old Alexandre Jolivet.

Olivia Kerstetter lifted the most weight out of all women competing across all divisions with a huge 242lb clean and jerk.

Workout 3, which involved completing a maximum number of snatches, saw 15-year-old Lucy McGonigle complete a mind-blowing 89 reps. And workout 4, which saw athletes complete max-rep Bar Muscle-Ups after GHD Sit-Ups and Handstand Walks, saw numbers well into the triple digits, with 16-year-old Trista Smith completing the most reps across all female age divisions with a score of 159. 35-year-old Bryan Wong completed 162 reps for the win.

For 2022, only 10 athletes in each age group advance to the CrossFit Games, a 50% cut from the previews year.

At the time of writing, experienced CrossFit Games athletes such as Frederik Aegidius, Paul Tremblay, Austin Malleolo and Annie Sakamoto all sit outside the 10-athlete cut-off line.

The second week for Age Group Semifinals takes place between Thursday, June 2, and Sunday, June 5. The following age groups will compete for their spot at the 2022 CrossFit Games:

Additionally, all Adaptive divisions will be competing in the Adaptive Semifinals the same weekend. This is also an online competition – for which the workouts have now been released – and will crown the Fittest Athletes in the Vision, Intellectual, Seated without hip function, Seated with hip function and Short stature divisions.

The top five athletes from the Upper Extremity, Lower Extremity, Neuromuscular divisions will receive an invitation to compete live in the CrossFit Games.

To close the weekend off, two Individual and Team Semifinals will take place live between June 3 and 5. The Far East Throwdown will determine the two men, women, and teams that qualify for the CrossFit Games from the Asia region, while the Granite Games will invite 5 men, women, and teams from the North America to the ultimate testing grounds.