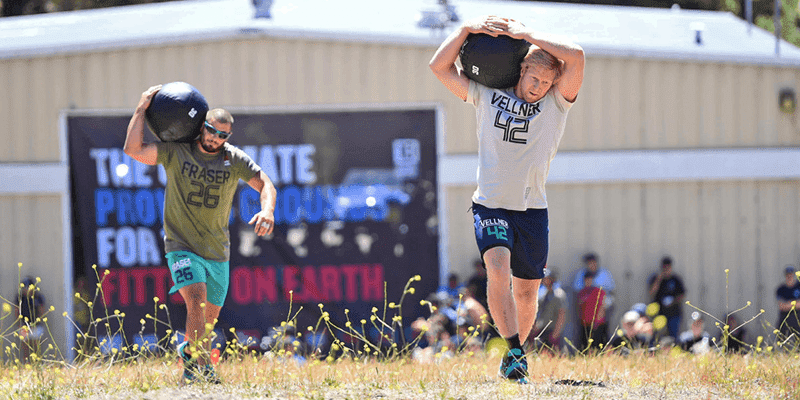 CrossFit HQ announced the 2020 CrossFit Games will take place in two stages, with first stage taking place online and the top five men and women of the online competition advancing to an in-person final in Aromas, California, to be crowned Fittest Man and Fittest Woman on Earth.

The 30 qualified men and 30 qualified women will compete from their chosen locations around the world to earn one of the ten slots available at the in-person finals at Dave Castro’s Ranch, the original home to the CrossFit Games.

“At CrossFit, we are always energized by a challenge, and hosting a worldwide sporting event in the age of COVID is no exception,” said CrossFit CEO Eric Roza. “This innovative format will help us protect the safety of our athletes while delivering a world-class Games experience to identify the world’s fittest individuals.”

Previous reductions to the competitive field still apply, with only the top 20 Open finishers and Sanctional champions to compete this year. Teams, Age Groups and National Champions are to return to the CrossFit Games in 2021.

“The world is dealing with an unprecedented crisis,” said Dave Castro, CrossFit Director of Sport. “After extensive discussions with athletes and public health officials, we decided that this format was the best way to preserve the spirit and substance of the Games and ensure athletes can compete for the title of Fittest on Earth in a safe and fair manner.”

Dates for the CrossFit Games online competition as well as the final in-person event are yet to be set. CrossFit HQ said it’s working closely with qualified athletes, so dates will be determined based on their input by mid-August.

“The first stage will take place in September, and the in-person finals for the five top men and women roughly 4-5 weeks later,” CrossFit HQ announced.

The online competition will determine final placements and prize money for Games winners from 6th to 30th place.

All events will be filmed and streamed for fans on the CrossFit Games site, and the Games will be promoted broadly across mainstream and social media.

For the online competition, every athlete will be judged in person by an experienced member of CrossFit’s Seminar Staff, announced CrossFit HQ.

.@CrossFit today announced a change to the format for the 2020 CrossFit Games that will separate the event into two stages: an online competition in Athletes’ home countries from which the top five men and top five women will advance to an in-person finals.https://t.co/75XYokD5o8