Dumbbell Bicep Curl Vs Hammer Curl – Which One Is Best?

When it comes to building bigger biceps, which should you choose? 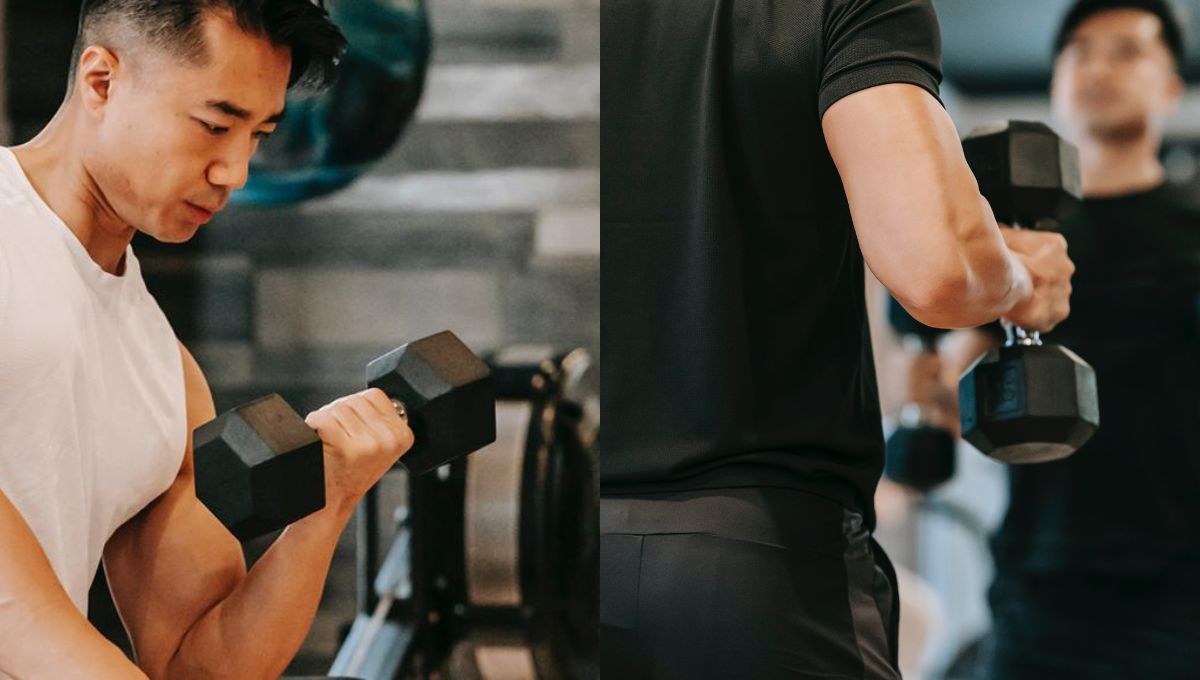 Dumbbell bicep curl vs hammer curl. Find out which one builds bigger biceps.

It is no secret that you need to incorporate curls into your training routine if you want to increase the size of your biceps. There are many curls you could try, but two are considered staples in the bodybuilding community.

In the battle of dumbbell bicep curl vs hammer curl, Scott Herman,  CEO of Muscular Strength, fitness coach and YouTube sensation, gives his point of view on the matter.

The biggest difference between the dumbbell bicep curl vs hammer curl is the positioning of your grip. In the dumbbell curl, you have your hands in the supinated position at all times, which means your palms are facing upwards from beginning to end of the movement.

While doing the hammer curl, you must hold the dumbbell in a neutral grip, with palms facing your body.

So if you had to pick just one exercise to use to build bigger biceps, which one would you choose?

“I personally would use the dumbbell bicep curl because that exercise mainly focuses on the bicep brachii,” Herman says. That is because the supinated hand position creates tension on the biceps throughout the movement.

So, when it comes to dumbbell bicep curl vs hammer curl and you want an aesthetically look, you should do both. According to Herman, do this: