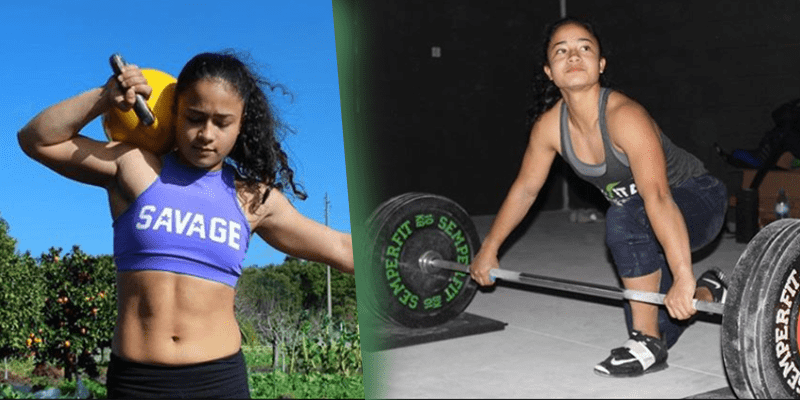 More athletes have been left without the opportunity to compete at the CrossFit Games after having their visas denied for the USA.

Brazilian teen athlete Dudinha Souza won’t be able to prove herself on the biggest and most prestigious event of the CrossFit season.

The news come after we reported on Roman Khrennikov, who qualified to the CrossFit Games through the Dubai CrossFit Championship, having his visa denied and being left unable to participate at the Games for a second year running.

Fourteen-year-old Dudinha finished the Age Group Online Qualifier ranked 8th in the world, earning so one of the 10 Girls (14-15) qualifying spots to the CrossFit Games.

The Brazilian athlete moved to Portugal two years ago and has been practicing CrossFit since she was 10 years old.

It was the first year Dudinha could officially participate in the Open, and she said she could feel those four years of hard training paying off during the workouts – she felt strong. She had waited four years, was so excited, and the Open went great.

When the man at the embassy told her that she wasn’t going to the USA, the reason being she’s Brazilian and hasn’t lived in Portugal long enough, it was hard to believe, to say the least.

“It’s like it didn’t matter, the four years of hard training,” she told BOXROX. “It was shocking, for me and for my parents.”

She is not discouraged though and will continue to train as much as she has. “Next year I’ll do the Open again and hopefully qualify again. And hope the visa won’t get refused again,” she said.

Earlier this week, The Barbell Spin reported that North Macedonia’s National Champions, Darko Tasevski and Viki Ristoska, also had their visas denied and will miss the Games as well.

If you are able to help, please get in touch with her @dudinhasouzacf.