How Much Each Athlete Won at the 2021 Dubai CrossFit Championship

Every athlete won part of the cash prize purse and could earn extra money by finishing in the top 3 at any workout prescribed. 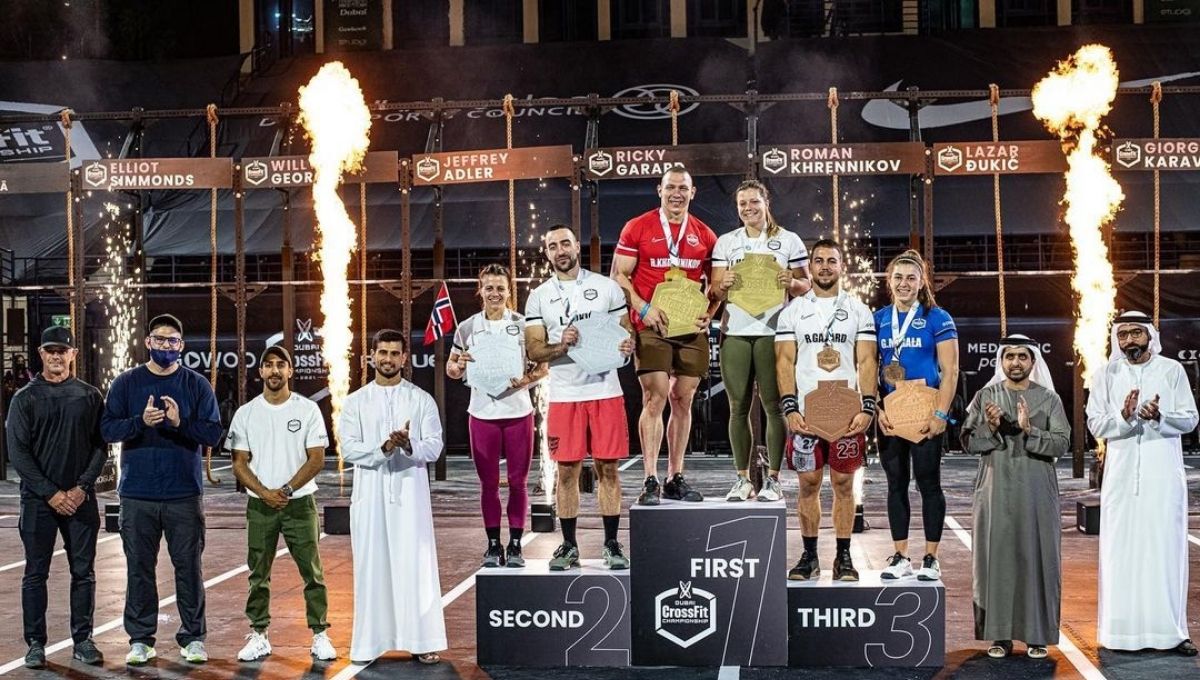 Announced before the competition started, every athlete who competed at the Dubai CrossFit Championship would earn part of the cash prize. The total cash prize distributed amounted to $330,000.

Prize money was also awarded for every event, with athletes earning:

You can read the recap and results of the 2021 Dubai CrossFit Championship here.

How Much Each Athlete Won at the 2021 Dubai CrossFit Championship

* Note: Emma Cary competed in the first 4 events and later withdrew due to a back injury. According to the Dubai CrossFit Championship regulations, she then forfeited any prize purse she was allowed.

You can check out the official leaderboard here.

Roman Khrennikov dominated the competition and finish 7 out of 8 workouts in the top three, earning himself $17,000 solely on events. He won three events and came in 2nd on another three workouts.

Laura Horvath was the second-highest-paid athlete if we take into consideration the events alone. She earned $11,000 after finishing 1st on event 4, and also finishing 2nd on 3 other workouts.

Ricky Garard came in third on events cash prize after with $10,000 after 2 event wins, and Samantha Briggs was the fourth highest-paid athlete based on workouts alone after winning 3 events and taking home $9,000.

Watch Day 2 and Day 3 of the Dubai CrossFit Championship as it happened.