How to Build Big Biceps with Bands (Perfect for Home Training)

Learn how to build bigger biceps at home. 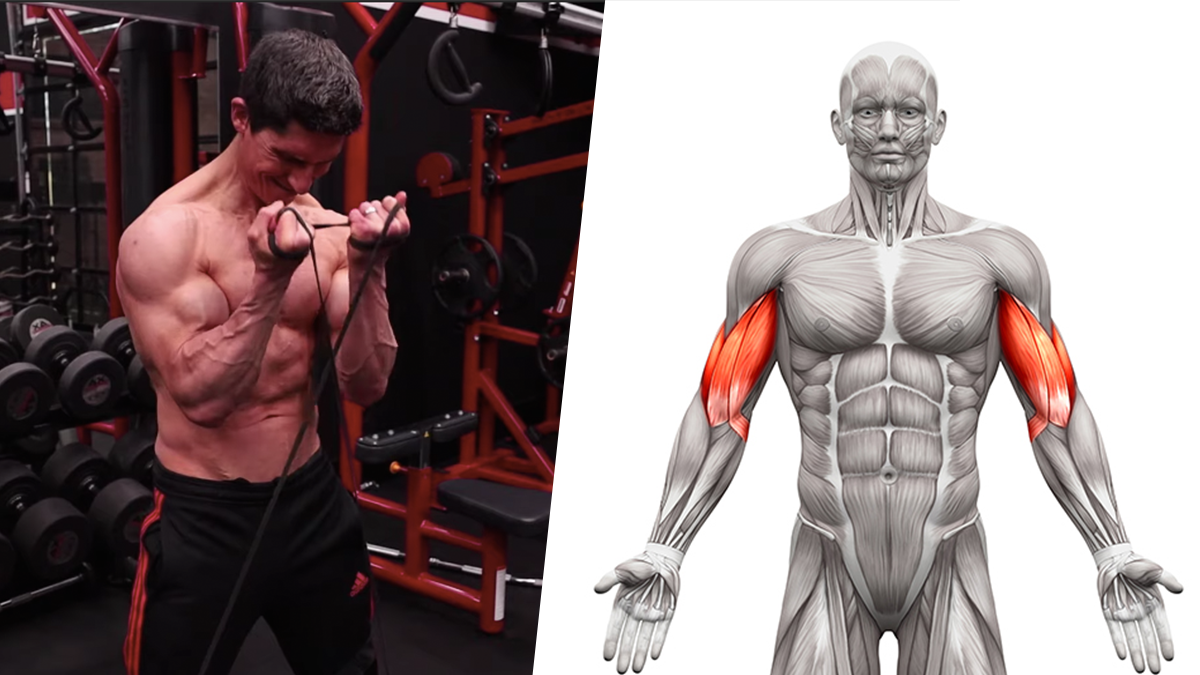 This video from Jeff at Athlean-X and article will teach you how to build big biceps with bands.

Bands are a great way to train if you don’t have access to much different equipment.

How to Build Big Biceps with Bands

All of these bicep exercises can be done with one to two sets of resistance bands. It is a good idea to have varying resistance levels of them so you can introduce more exercises.

“The band can actually be used to either make the exercise easier by stepping into it during the chin up, or harder by wrapping it around the back of your head. Either way, the goal is to make sure it’s challenging and capable of overloading your arms to force new biceps growth.”

“This helps to more effectively target the inner short head of the biceps while adding a bit of external rotation resistance to bolster the often weak rotator cuff muscles.”

“No list of the best band exercises for biceps could be complete without including the exercises for the bicep long head as well. Here, you want exercises that keep your arm back behind your body and/or turned inward to more readily reveal the outer portion of the upper arm.”

“With the arm held back in extension behind the body on this movement, you are prestretching the biceps long head prior to every rep. Due to the stretch reflex and its ability to create stronger contractions, you are able to more effectively recruit the long head fibers to the curl.”

These are excellent for creating contraction at the peak of the biceps.

Again, this performs the same function as above.

“By locking your arm into place on your knee, similar to how you would if performing it on a traditional preacher bench, you get the same ability to hit the biceps hard and force growth.

Doubling up the band to really increase the resistance is something that is not only allowed but encouraged.”

“You can’t forget to hit the brachialis as well if you want to build big biceps with bands and no weights.

You may be thinking, how? With the brachialis laying underneath the biceps, its development and growth forces the overlying biceps upward increasing its appearance and size.

Hit this muscle best with either the alternating cross body hammer curls or the straight hammer curl. If doing the latter, remember to increase the resistance of the band by doubling it up or using the offset grip shown in the video.”

If you enjoyed learning how to build big biceps with bands then check out the best exercises to build a great looking chest and tips for a 6 pack.