Interview: Tia-Clair Toomey Opens Up About Mental Game and the CrossFit Games Programming

Everything you wanted to know about the Fittest Woman on Earth. 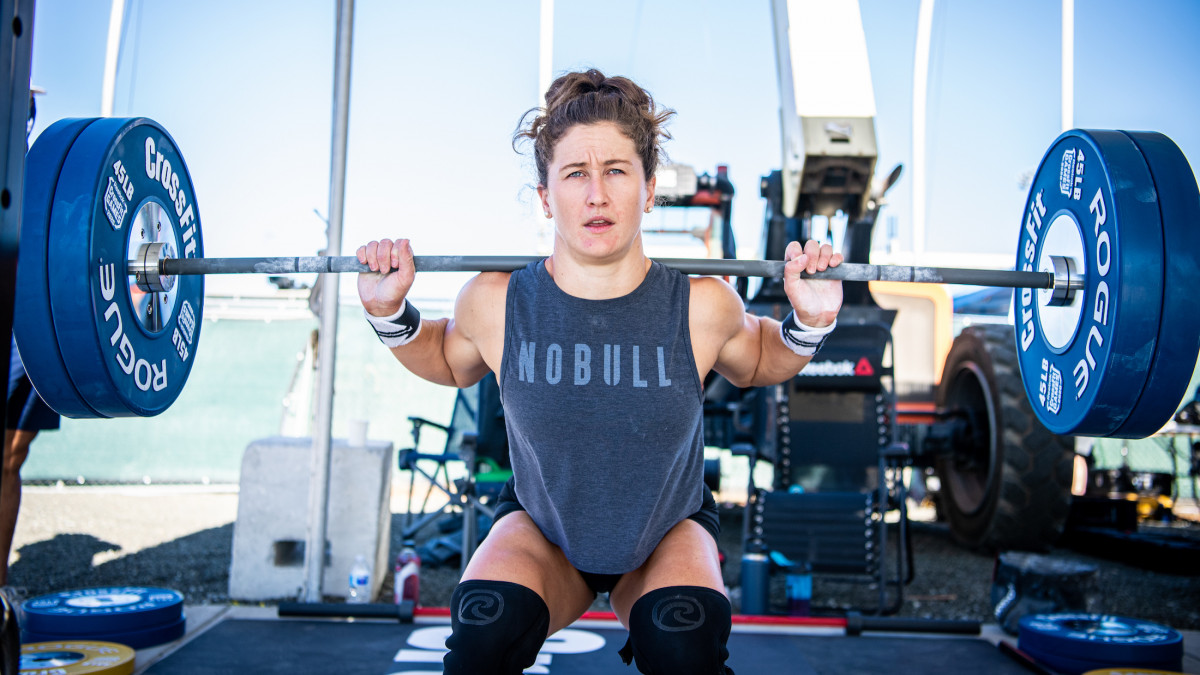 6x Fittest Woman on Earth, Tia-Clair Toomey sat down to talk to BOXROX about her thoughts on the new programming of the CrossFit Games, her mental game during the Fittest on Earth race and also about recovery.

Tia-Clair Toomey was everyone’s favourite to win the 2022 CrossFit Games this year. However powerful, strong and ready the Australian athlete is for any workout someone throws at her, there can always be a curve ball. For Tia it was her “very serious” back injury.

In hindsight, someone could argue that Tia’s back injury is what made her 9th on the overall leaderboard at one point, her worse positioning at the Games in the past 8 years. “That is the thought in the back of your mind. I haven’t had my traditional lead-up to the CrossFit Games the way Shane [Orr] had wanted,” she tells us.

So how was Tia’s mental game before the Games and while she saw her name almost falling out of the top 10 at one point?

“The mental aspect is a key component to competing CrossFit. I remember specifically the weekend before the Games struggling to get out of bed and I was in tears. I know what I’m capable of, but for the first time ever I’m experiencing potentially falling short due to some physical capabilities.”

Toomey’s mentality, in the end, was to get to the Games any way she could, because in her vision the Games weekend is not as hard as training back at her Box. “You’re only doing 4 to 5 workouts during a day versus, you know, 10 to 12 [when training].”

It was on day 2 that Tia managed to climb back to her usual top 3 spots (behind Mal O’Brien and Emma Lawson). When people began wondering if this was finally the year someone else was going to get her crown, she cursed on the official livestream, something you rarely see her do.

“The more I think about it, the more I believe that I was a little timid at the start. I definitely felt a little different. There was no way I was going to let a back injury hold me back.”

Her back injury was a kept secret between her and Shane Orr, the husband/coach of the Fittest Woman on Earth.

“I didn’t want to use the back injury as a cop-out, you know. I really didn’t want anyone to know about it.”

Toomey’s Last Event in the Coliseum

The individuals at the CrossFit Games finished the weekend inside the Coliseum with a triplet: row, thrusters and bar muscle-ups. It was during the muscle-ups that Tia-Clair Toomey decided to go against Shane’s proposition, take her time and not rush.

Why did she take her time? Because it could have been her last time at the CrossFit Games as an individual athlete. “You never know the next time you’re going to be out on that competition floor. I just want to go out there and I want to break up almost every rep and every set and I want to just soak up the crowd, you know?”

Tia said she will savour this moment, even if she came in 10th, more than anything else. “I will remember that more than going unbroken and trying to race to win the event.”

Related: Tia-Clair Toomey Competing at Down Under Championship Instead of Rogue Invitational

BOXROX asked Tia-Clair Toomey how she felt about the workouts programmed this year. It was Adrian Bozman’s first time programming the Games entirely and there were new movements that we haven’t seen before and some events that took on the natural obstacles of the city around where CrossFit usually takes place.

In short, Tia-Clair Toomey loved it. “I have a lot of respect for Adrian Bozman and Dave Castro. Bozman gets to do it his own unique way and I think he did a fantastic job. It just goes to show that our Sport is evolving and growing.”

The only sad thing about the programming, according to Tia, was that the weather was uncooperative. Due to rain and storms, CrossFit had to postpone events 2A and 2B and also change up event Alpaca and eliminated the legless rope climbs for the safety of the athletes.

“The fact that we had to postpone that shoulder to overhead event. We would have had a few different positions or placements that would have changed and been shuffled a little bit throughout the men and women’s division.”

Being the Fittest Woman on Earth 6 years in a row is not an easy task. In fact, it was impossible until Tia-Clair Toomey made it happen.

Tia utilises an array of recovery protocols when competing, but her Oura Ring is something she hardly takes it off.

“I get to track my sleep with my Oura ring. I see the trends of how I’m sleeping. If I find something out of the ordinary, I think back on what I did differently.”

Her Oura ring is not only to measure her sleep, but she also uses it to check her heart rate throughout the day. “I wear it when I’m walking around too, or on a rest day and it shows my activity levels. Having that data to show, to know if you need to emphasise on a recovery protocol, or sleep more and take training a step back.”

CrossFit Games Highlights: 5 Things We Liked and 5 We Didn’t