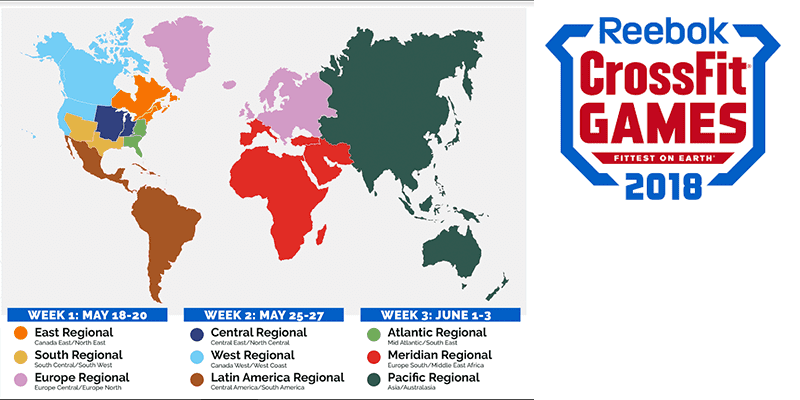 CrossFit Riviera won the Meridian Team category to earn their spot at The CrossFit Games. They issued the following statement.

“To all our supporters, fans, friends and family, with a heavy heart and with great disappointment, our team CrossFit Riviera was informed today, by the Director of the CrossFit Games, Justin Bergh, that our team, according to their best judgement, stands in violation of one of the points in the rule book and hence has been disqualified for the 2018 Games season. We would like to take a minute to explain the situation to all of you who cheered for us, who supported us and everyone that made us push harder than we could have ever done just by ourselves.

Point 1.18 of the rulebook states that only one member of the team can be on official licensee of a CrossFit affiliate. In our case, this used to only be Mareck for CrossFit Riviera. At the beginning of the year, Cynthia filed for her own affiliate and her request was approved much quicker than anticipated. Hence the violation of rule 1.18. However, as further stated in the rule book there is an exception to the clause which we firmly believed and still believe applied to our team.

As a result, our team has been disqualified for an administrative and not a performance based reason. This however does not diminish the fact that our whole team has sacrificed a lot to get to the point where we are today. We are sad and disappointed that none of our arguments were able to convince CrossFit HQ otherwise.
As a team, we are only left to accept the decision of CrossFit HQ and wish all the teams competing at the 2018 Games the best of luck.

We will be back, stronger, more powerful and motivated than ever.

If a Meridian team is invited to replace CF Riviera, it will be CrossFit Galileo from Toulouse, France who placed fifth.