The new system was unveiled yesterday evening and it takes away spots from the strongest regions in the world. 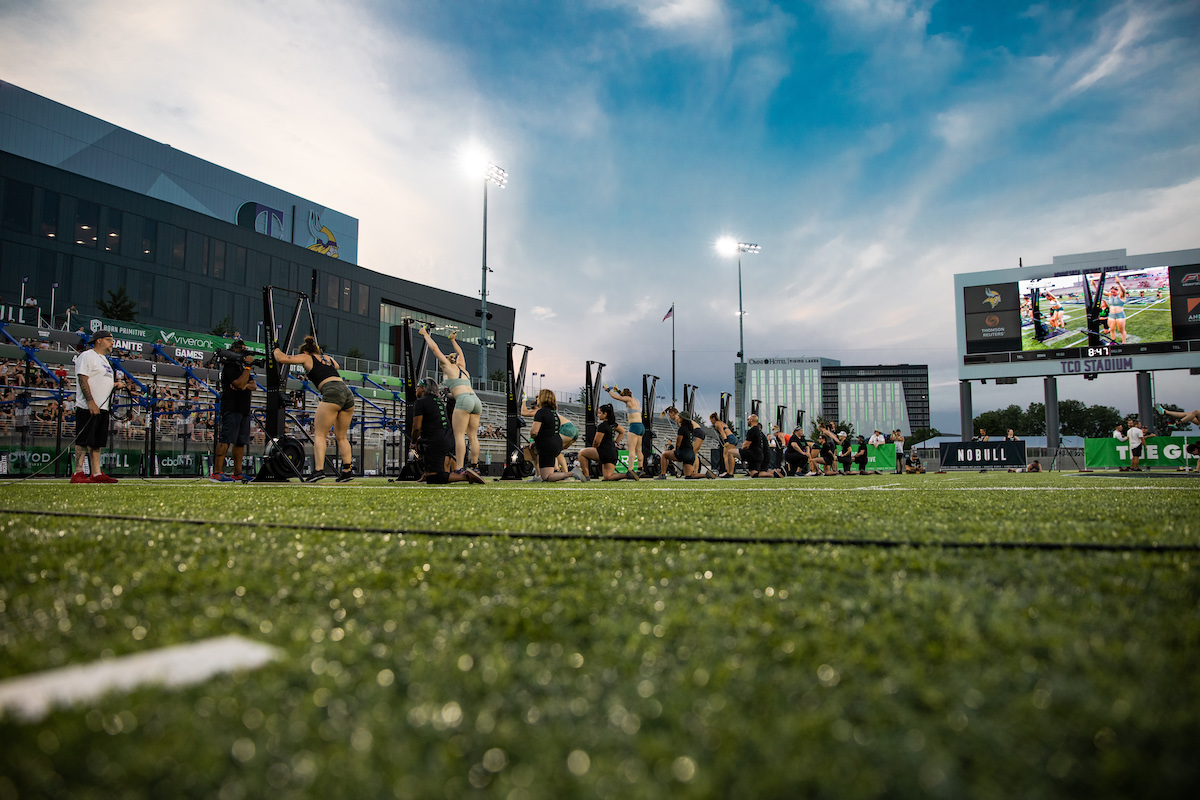 CrossFit has unveiled its new worldwide ranking system for next season and beyond. Although the intention from HQ is clear with the new changes – to become a fairer and more globalised Sport – it does so at the cost of its most loyal followers and fittest athletes.

BOXROX previously detailed the differences between what it used to be the path athletes took to get to the CrossFit Games and how it is going to be from now on.

In a nutshell, CrossFit simply took away 10 guaranteed spots from North America, 5 from Europe and the two remaining from Last-Chance Qualifier and put them up for grabs.

With a worldwide ranking system that is yet to be detailed by CrossFit, it seems like shooting yourself in the foot as North America and Europe are clearly the biggest market for CrossFit and one that generally produces the fittest athletes at the end of the season.

In the best-case scenario, which frankly will not happen, North America and Europe will gain back their spots and move on to the CrossFit Games like it is 2022 – however, I am pretty sure Oceania will snatch a few spots for them.

In fact, I myself did a BOXROX article back in April talking about which Semifinal would have the fittest athletes. Although a simplified version of what it could be, that article’s sole purpose was to show that some Semifinals are more difficult than others – spoiler alert: the European Semifinals were the hardest for women.

And CrossFit Inc. seems to have similar concerns that some very fit and good candidates for the CrossFit Games were not making it through the Semifinals because the field was simply too strong.

While I applaud that concern, the system in which CrossFit decided to tackle this issue seems flawed once we look into it a bit further.

First of all, there is the issue of cutting qualifying spots from North America and Europe by half mentioned earlier. But also, CrossFit says it will take into consideration the past two seasons of athletes’ placement in the Open, Quarterfinals, Semifinals and Games to come up with the points for each competitor to see who are the fittest.

While that might sound good on paper, looking retroactively to rank athletes in the present day can be unfair – and I am not even going into the discussion that in the past two years, because of the new rules at the time, many elite athletes purposefully didn’t do their best at the Open and Quarterfinals, only competing for real on Semifinals.

That aside, what about athletes who missed an entire season because they were injured? Are you going to disregard that season and only count the one before that? Sam Kwant is a great example. He was 2nd in 2020, had to withdraw last year because of an injury, and this year finished 4th at the Games.

Also, how about athletes who are starting just now, or did great at the CrossFit Games this year but in the teen division? Two examples that come to mind straight away are Olivia Kerstetter and Emma Lawson.

Olivia Kerstetter is a force to be reckoned and she was asked if she was going to compete as an elite individual or if she would go on the teenager division this year – need I to remind you that she is only 16 and next year she can still compete as a teen and that only proves how strong this girl really is.

If she decides to compete with the big names at the CrossFit Games, how is she going to be ranked in this worldwide system if she has only been competing as a teenager? Is she less deserving, or lower ranked, compared to someone who has been to the CrossFit Games only once two years ago as an elite individual?

Emma Lawson is another athlete that would be problematic to put in a box and give her points. In a similar fashion to Kerstetter, she was able to compete in the teen division but chose not to and finished 6th Fittest Woman on Earth. The year before, she won in the 16-17 year division.

Clearly, Lawson is an athlete who is making waves in the Sport, but how can someone rank her compared to other athletes worldwide?

Is There a Better Solution?

It seems like CrossFit’s main goal is to even the playing field by letting the fittest people on the planet compete equally at the expense of spots that were guaranteed to European and North American athletes.

In my view, the biggest flaw is to rank athletes now based on their past two years in the Sport. This system can be put into place two years from now and not simply forced down from one moment to the other.

I believe there are two paths, two options, to achieve what CrossFit wants which is to find out the fittest athletes on the planet.

I know, I know, this is almost impossible to happen. It is hard enough to put 40 athletes on the field competing so increasing the number of competitors could become a logistical nightmare. And you are right about that, but only if we think of the CrossFit Games the way it is stipulated now.

What if the CrossFit Games becomes a full week of competition instead of just 3 or 4 days? And we don’t need to have all athletes competing in the same event at the same time. Event 1 could be half of the athletes on a Monday and the other half on a Tuesday.

By increasing the number of athletes competing, CrossFit would be guaranteeing some household names at the Games while giving a chance to newcomers from other parts of the world.

Although it might sound dramatic, it is fairly doable to change the entire system. Not the new worldwide ranking system CrossFit is unveiling now, but rather how the events for the Open, Quarterfinals and Semifinals are held.

Let me explain: CrossFit wants to find out the fittest people on the planet, correct? How about we make every single athlete do exactly the same workout throughout the world? And every time we cut a few people from the leaderboard in an elimination-style competition.

In this example, it would not matter the nationality or region from which an athlete is competing. If CrossFit really wants to find the fittest athlete in the world, give them the same workout and whoever is better/faster advances to the next stage.

In the end we would have, without a doubt, the 40 best suited competitors fighting for the title of Fittest on Earth. Sure, that could possibly mean that 90% of those athletes are from North America and Europe, but at least you would know you are getting the best of the best.

It sure sounds a lot like meritocracy, but when it comes to sports, don’t you want to see the best competing? The biggest problem with this approach is the possibility of not having representatives from around the globe. But that is why I work at BOXROX and not at CrossFit.com, that is their problem to solve, not mine.