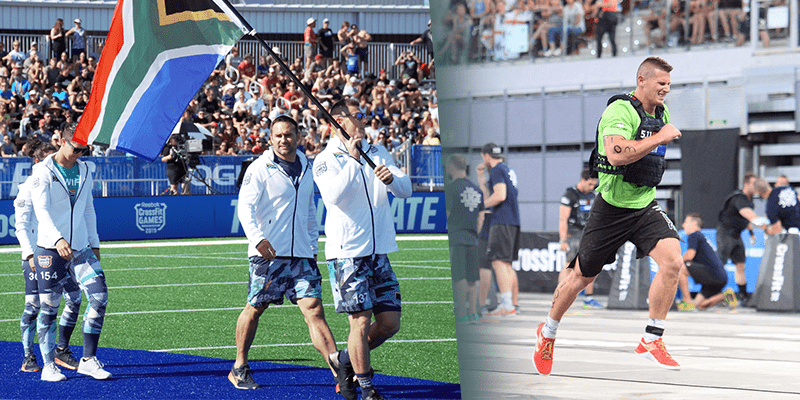 The 23-year-old South African athlete landed at number one overall in the Women’s Neuromuscular Division in the Open this year, following the inclusion of the Adaptive categories.

Letchen first got into CrossFit as a teenager, and used it to supplement her netball training while she was on a netball scholarship. But unfortunately all that was put on hold in 2017:

“I landed awkwardly and ended up tearing the cartilage in my hip as well as a couple of hip flexors and had to have surgery to fix everything.” She told BOXROX, “I struggled with that hip for the next year with 3 more operations in the span of a year. After the last operation to that hip in 2018 I woke up one morning and couldn’t move my left leg. After months of trying to figure out what was causing everything the doctor confirmed that developed a nerve disease (Complex Regional Pain Syndrome) and a movement disorder (Dystonia). Nobody knows why it happened to me as it can happen to anyone. Mine was just a series of unfortunate events.”

Of course, this meant that her career in netball came to an abrupt end, and she spent the next couple of years relearning how to walk. A devastating blow for an athlete formally training 3-4 hours a day.

Which is why the next part of Letchen’s story is even more impressive. Rather than giving up her dreams of becoming an elite athlete entirely, she focused on a sport she used to do to supplement her netball training: CrossFit.

“One morning I woke up and I said to myself that I am tired of feeling this way. Feeling sorry for myself isn’t gonna solve anything and it’s only making the situation worse.”

Letchen then contacted her local box, and trained alone over the following 4 months, focusing on getting fit and strong. The process was frustrating, but finding the WheelWOD community through Instagram gave her something to work towards. Through the process she figured out how to work with her disability, rather than against it.

Not too long after she started working out with Crossfit PBM (Power Beyond Measure) based in Pretoria. The move took Letchen’s CrossFit career to the next level; connecting her with a community and coaches.

“I can do everything everyone else does in the class it just looks a little bit different,” she told BOXROX, “My Neurosurgeon told me to keep my body strong and CrossFit is functional fitness. I helps me function in my daily life.”

Her dedication to the sport and the inclusion of the Adaptive divisions in the CrossFit Open meant that Letchen could showcase her hard work — placing first in her division overall.

“My first Open experience was amazing,” she said, “I got to be part a bigger community and that was absolutely fantastic. Our gym did all the workouts together and it was the highlight of my week. I aimed to win the Open in my division because I won the WheelWOD Open in December just to prove to myself that I can do anything I set my mind to.”