The Kettlebell Tater: One Full-Body Exercise You’ve Probably Been Missing Out On

Add this lesser-known exercise to your training routine and thank us later. 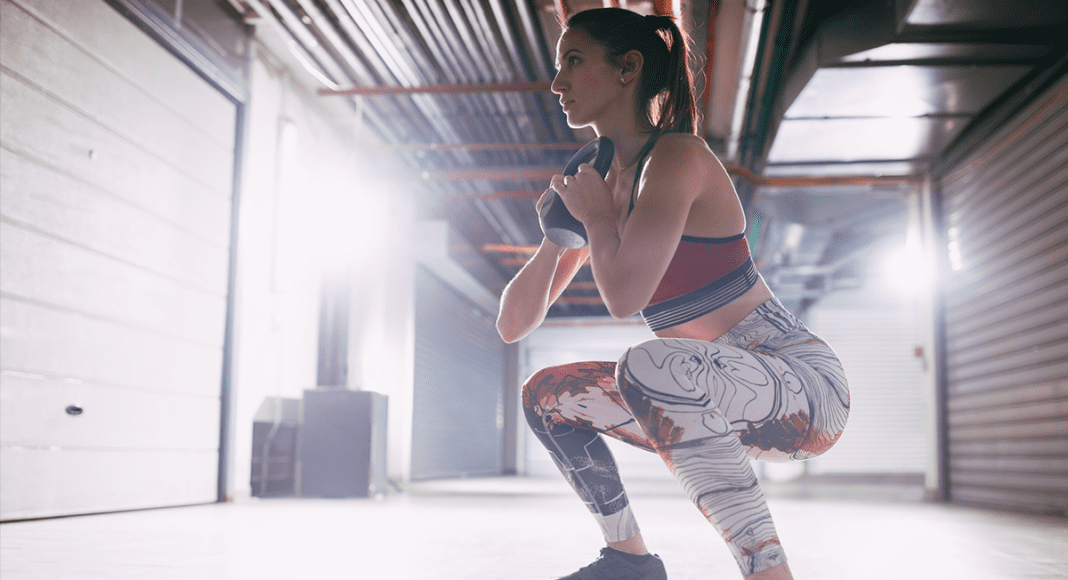 You don’t have to think too hard after performing a set of 10-20 reps to understand why the Kettlebell Tater is a powerhouse exercise.

The Kettlebell Tater requires a strong hip hinge and powerful thrust to swing the bell, coordination for the transition, core bracing in the catch, and ultimately the Swiss-army-knife-of-the-Squat-family, the Goblet Squat.

The Tater ticks a lot of boxes.

But why should you start using it, where would you fit it in to your training and what benefits would you get from doing so?

How to perform a Kettlebell Tater

There are a number of variations that you can use when performing the Tater:

The Flip Swing Tater is a perfect Wall Ball alternative. You will see a lot of people releasing the bell even higher than shown in the video and essentially performing a Thruster out of the bottom of the Squat.

This replicates the Wall Ball perfectly and is a great option if you do not have either a wall or a ball available to perform standard wall balls.

It could also be used to improve your Strength and Endurance for the Wall Balls, especially when you couple both movements in an EMOM.

The Standard Goblet Tater is a great option for athletes who’s training is more Kettlebell-orientated, as learning the transition to and from the Goblet position will help improve many other kettlebell movements, flows and complexes.

This is also a better option for use as a strength movement or strength accessory movement as it limits the complexity by removing the flip and shortening the movement path.

I would like to stake a claim for the variation that I teach and prescribe to most of my athletes: the Switch Grip.

This is where you hold the bell by the handle in your conventional Swing position, and as it travels up you release your grip, allowing the bell to travel in to your chest while letting your thumbs slide through the window (space between the horns, handle and bell).

You then catch the bell as if you were catching a ball between your palms and gather it in to your chest. This option allows the most weight to be shifted as the bell moves in its natural arc, requiring no extra force from you other than the initial hip thrust.

Why include the Kettlebell Tater into your training?

As with most movements, the Kettlebell Tater can be used to improve multiple facets of fitness depending on the load and volume in which you perform them.

There is also huge core activation in the brace position for the clean and squat, all of which makes the Kettlebell Tater a great exercise for strength development, metabolic conditioning and training efficiency.

It is a great alternative to the Wall Ball and Squat Clean as it elicits a similar response from the body and requires the same transfer of power from one movement to another.

There is a time and a place for each option, however I usually program them in their simplest form.

I love the Tater as a lower body conditioning movement, so keeping them as simple as possible allows us to focus on just grinding out those reps.

Want to include the Kettlebell Tater in your training? Here are a few leg workouts you could start out with.

A lower body capacity builder that never goes out of fashion is a death by squat variation. This variation using the Kettlebell Tater adds some extra muscle stimulation as you fire up the hamstrings and glutes to initiate the swing before catching the Kettlebell deep into your squat.

Every minute on the minute perform 1 Kettlebell Tater more than you did the previous minute, starting with 1 and continuing for as long as possible.

This metcon is a great test of lower body endurance, working a hinge and squat pattern for high volume under fatigue.

Aim to work with a weight that keeps the hamstrings engaged through the Deadlifts but also allows you to perform the Kettlebell Tater efficiently as you transition from movement to movement.

The goal is to move at a sustainable and constant pace and keep all movements unbroken.

Read more: Minimal Equipment Training: How to Maximise Training with a Single Kettlebell or Dumbbell