Tips and Advice: How Top Athletes Prepare For 21.2 Workout 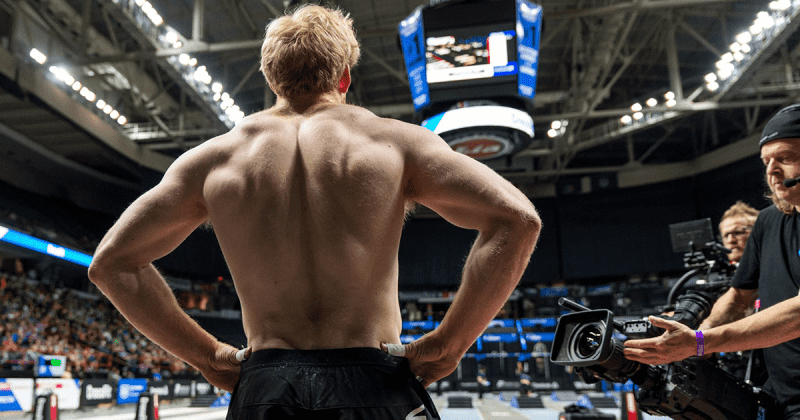 How exactly can athletes prepare for 21.2 workout CrossFit Open this Thursday? A good beginning would be to follow the advice of those who have gone through this workout demand multiple times in their lives.

After 21.1 workout, are you feeling sore muscles? Do you know what to eat before facing the next challenge? What about sleeping? BOXROX has selected tips from the top athletes in the business on how they prepare for 21.2 workout.

Annie Thorisdottir is the first woman to win the CrossFit Games twice (2011 and 2012). This Icelandic machine is the co-owner of CrossFit Reykjavik, where she trains and also coaches.

Annie’s simple advice to prepare for 21.2 workout is to “change nothing” if you’re eating healthy food regularly.

“If not, changes should still be small as your system will get confused if you all of sudden change its fuel source”.

She also broke down what she eats on the day before she has to put up her body to work in a competition level. She was Fittest Woman on Earth on two occasions, so take her advice into consideration.

Another Fittest Woman on Earth you should hear out is Tia-Clair Toomey. She has dominated CrossFit Games, winning on four occasions (2017-2020), a record she is eager to break yet again this year.

Currently she is 6th on CrossFit Open leaderboard, having workout 21.1 completed in 11:21.

Tia-Clair Toomey starts the day by adding collagen to her coffee, an essential component of connective tissue which plays a vital role in wound healing.

After a stretch and doing Romwod, she receives a massage.

“I find it’s a nice slow way that gets my body and mind ready to hit a hard day of training”.

30-year-old, and last year’s winner of CrossFit Open, Pat Vellner focused on relieving the tension and pressure off his shoulders. “Taking care of these shoulders at the end of my morning session”, he wrote, while performing standing rope pulls to decrease the load on shoulders.

Cole Sager followed a similar mentality. He is one of CrossFit’s most consistent athletes, having competed at CrossFit Games six consecutive times and finished in top 10 thrice.

Sager wrote that he was on “recovery protocol” after finishing 21.1 workout.

On a photo posted, he also used ropes to stretch his shoulders.

We all saw Kristi Eramo O’Connell competing in the 21.1 workout matchup next to Kari Pearce and not finishing the exercise before the 15 minute cap. She redid the workout later and, like most athletes, felt her shoulders burning.

Solution? You guessed it, ropes to stretch the muscles.

On her Instagram stories, Kristi Eramo O’Connell also explained the importance of a good night sleep to recover faster from a hard day at the box.

“I am a firm believer [that] better sleep leads to better days. […] A good night sleep means no more snooze button and I wake up feeling rested and rady to attack the day!” Kristi Eramo O’Connell

UK legend and former CrossFit Games Champion Samantha Briggs has also chosen to “flush those shoulders out” after completing 21.1 workout. However, she chose to use the skierg to release the tension on her muscles.

Sam Briggs is a master athlete (39 years old) and she has been UK’s Fittest Woman on her last year competing in the women category (2016) and every year since on the master category (35-39 years).

The CrossFit Open workout 21.2 will be released on Thursday, March 18 at 5pm PT. Dave Castro will make the official reveal of the workout from CrossFit’s office in Scotts Valley, California.