Why Does CrossFit Make You Feel Good? 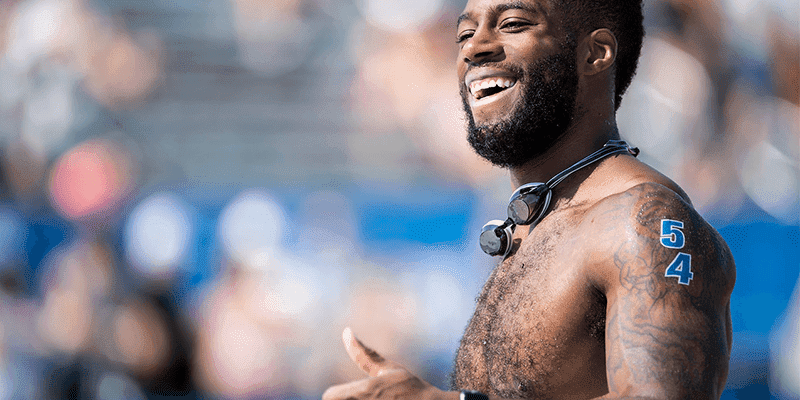 You rarely, if ever, regret a training session. And while convincing yourself to start might be hard, more likely than not you finish your training glad you convinced yourself to go. This is because exercise has a many positive effects both on our bodies and in our minds.

CrossFit might not be the cure to all of life’s problems, but it certainly will make you feel good. This feeling of elation can be traced back to a couple of reasons:

The physiological effects of exercise include heart health, a stronger immune system, decreased risk of many diseases, and stable body structures – athletes have a reduced mortality risk compared to sedentary people. Next to the physical benefits of exercise, CrossFit makes you feel good for the following reasons.

The link between exercise and mood is pretty strong, writes Kirsten Weir from the American Psychological Association.

“Engaging in a moderate amount of physical activity will result in improved mood and emotional states,” says the Association for Applied Sports Psychology. This is because physical exercise is known to stimulate the release of endorphins, creating a mild sense of euphoria that has rewarding properties.

Endorphins also have a protective effect against pain.

Another study titled “Mental Health Benefits of Strength Training in Adults” listed many more benefits, including:

While the study admits that social, psychological and neural mechanisms require further exploration and a greater sample size is needed to better estimate the magnitude and consistency of the findings, the results are promising. EXERCISE HELPS YOU THINK MORE OF YOURSELF

Exercise improves your self-esteem and cognitive function. It has been found to alleviate symptoms such as low self-esteem and social withdrawal in healthy people and in clinical populations regardless of gender and age.

Especially rhythmic, aerobic exercises that use large muscle groups (such as running, swimming, cycling or CrossFit) were found to stimulate the most improvements.

High self-esteem is highly associated with positive physical and mental well-being, and resistance training has been shown to improve self-esteem in healthy younger and older adults as well in cancer, cardiac rehabilitation and depression patient populations.

Regular exercise will help you improve, achieve personal goals and get fitter, all of which is rewarding in nature. Improving your body image, being able to perform and seeing results will bring happiness. Yet this happier state doesn’t necessarily directly correlate with getting stronger; you don’t have to see physical results to feel better during and after training.

Getting training done, irrespective of the results, can be of great psychological help.

Being able to perform “complex” physical tasks (such as presented in CrossFit) has been proven to increase confidence, self-worth and motivation.

Maybe not directly smarter, but aerobic exercise has been found to have interact with brain areas important for learning and memory.

Your muscles, heart and lungs aren’t the only parts stimulated by exercise. What benefits the body benefits the brain and, just like a muscle, your brain has the capacity to change itself in response to internal and external influences. This is known as neuroplasticity.

Certain regions of your brain can change, adapt and grow throughout your life. Exercise increases the production of certain hormones which have been shown to cross from the blood into the brain, triggering changes in its structure and function.

“Exercise benefits brain function and may prevent or delay onset of neurodegenerative conditions,” concluded a 2018 study on the beneficial effects of exercise on Hippocampal Plasticity.

Exercising together appears to increase the level of the feel-good endorphin hormones naturally released during physical exertion, an Oxford University study found.

Exercising in groups seems to release more endorphins than doing so alone – which is great news for athletes training in group classes. You don’t have to exercise harder or longer to experience the greater endorphin release (and potentially improve your performance as a result).

Exercising in groups is good for athletes in many other levels; it’s motivational and it’s social.

CROSSFIT CAN HELP YOU MANGE

Some researchers suspect that exercise can alleviate depression by increasing serotonin (the “happy chemical” targeted by antidepressants) or by supporting the growth of new neurons. Others suggest that exercise helps normalise sleep, which in consequence has protective effects on the brain.

Psychologically, exercise may help boost an athlete’s outlook by helping them return to meaningful activity and providing them with a sense of accomplishment (even if that means just turning up).

Stress is also moderated by activity, so exercise can be used as a way of toughening up the brain so stressors have less of an impact.

It’s important to note however, that exercise shouldn’t be treated as a cure for mental health. “Researchers don’t yet have a handle on which types of exercise are most effective, how much is necessary, or even whether exercise works best in conjunction with other therapies,” says Kirsten Weir from the American Psychological Association.

Until then, keep enjoying your training sessions and reaping the physical and psychological benefits of exercise.

This article is meant for general information purposes only and should never be used as a substitute for direct medical advice from your doctor or other qualified clinician.