Learn from the fastest marathon runner in history. 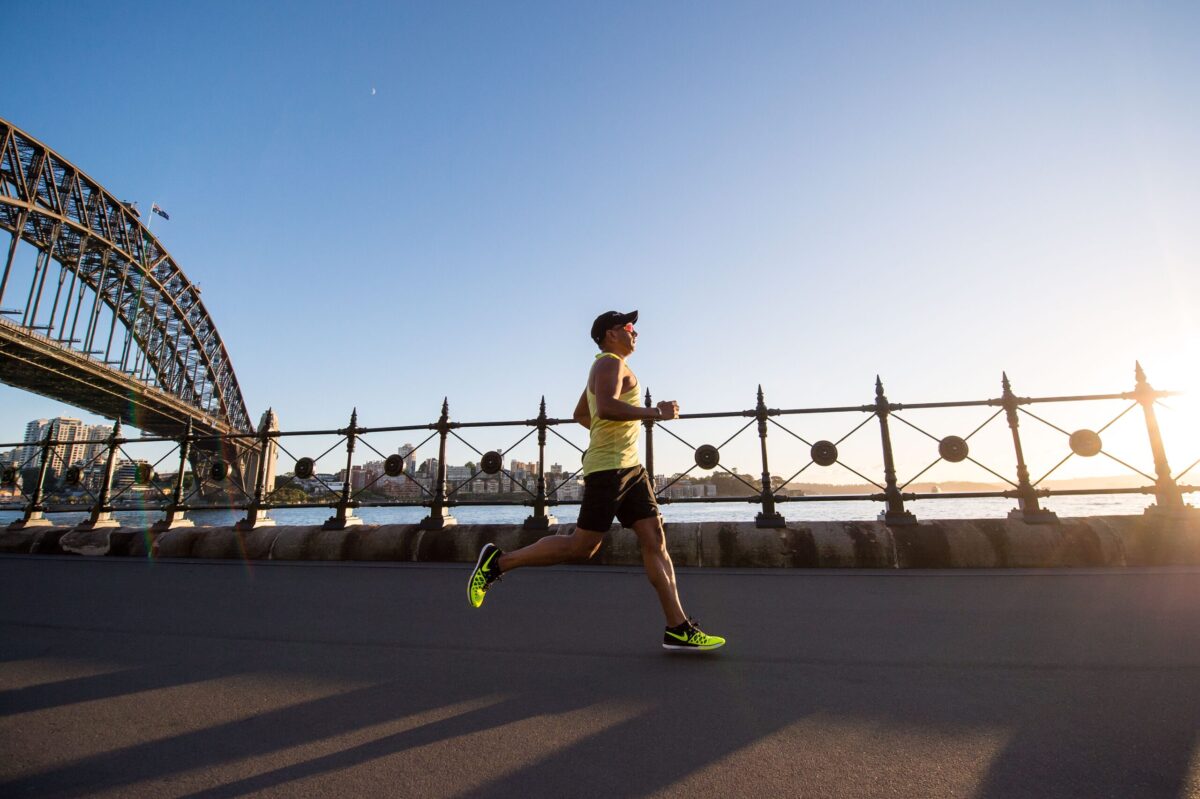 Eliud Kipchoge is the fastest marathon runner in history, being the first person ever to break the two-hour barrier in the 42.2 km race.

Kipchoge lands on the balls of his feel with a light mid-foot strike, rather than a forefoot striking position as is generally expected from a sprinter.

“Landing with a midfoot strike here allows him to keep contact time nice and short, keep the limb stiffness […] nice and firm, so that he actually manages to maximise the elastic return of the ground,” says Dunne.

The runner behind Kipchoge in the footage being reviewed –world class athlete Shura Kitata – has a heel strike. Everybody has got a different running style.

“No matter what pace you’re running, the real key is to make sure that you can create the stride length you need to run that pace […] without over-striding, without landing that foot ahead of a more extended knee, therefore too far ahead of your centre of mass” says Dunne.

Over-striding happens when people land their foot ahead of an extended knee (instead of the shin being vertical as the heel touches the ground). Dunne says this is where, through landing the foot ahead of the centre of mass, there’s more decelerative force that the body needs to deal with before it can move on to the next stride.

It also means more impact on the ankle, knee, and hip, he says.

Cadence is variable depending on where top athletes are in a race and what pace they’re running at, but it generally lingers around the 180 steps per minute.

It’s important to keep your cadence elevated so you don’t over-stride, says Dunne. By keeping a quick cadence and maintaining a short enough stride, you can land your foot in a position where you’re able to keep contact time nice and short and minimise the amount of time the foot is on the ground.

Less knee flexion means you can maintain a better degree of “energy transfer” to help him explode off the ground. You experience an increase in sored energy through that stiff limb, says Dunne, without needing to over-stride.

Kipchoge’s form looks light and relaxed through this limb stiffness when the foot is right under the hips.

When you watch Kipchoge race, there is a degree of upper body rotation, but it’s a relaxed rotation that allows him to work in courter-rotation to what his pelvis is doing, explains Dunne.

This allows for a lengthening of tissues from the knee, past the hip, and all the way to the opposite shoulder.

Tension through his torso allows him to release potential energy from stride to stride, says Dunne.

When watching Eliud Kipchoge race, he looks relaxed. His hands, shoulders and face are relaxed and he allows himself to enter the flow state.

A lot of us could do with working on this, concludes Dunne.

Read more: How to Learn to Love Running