Running shouldn’t be complicated, so let’s separate fact from fiction. 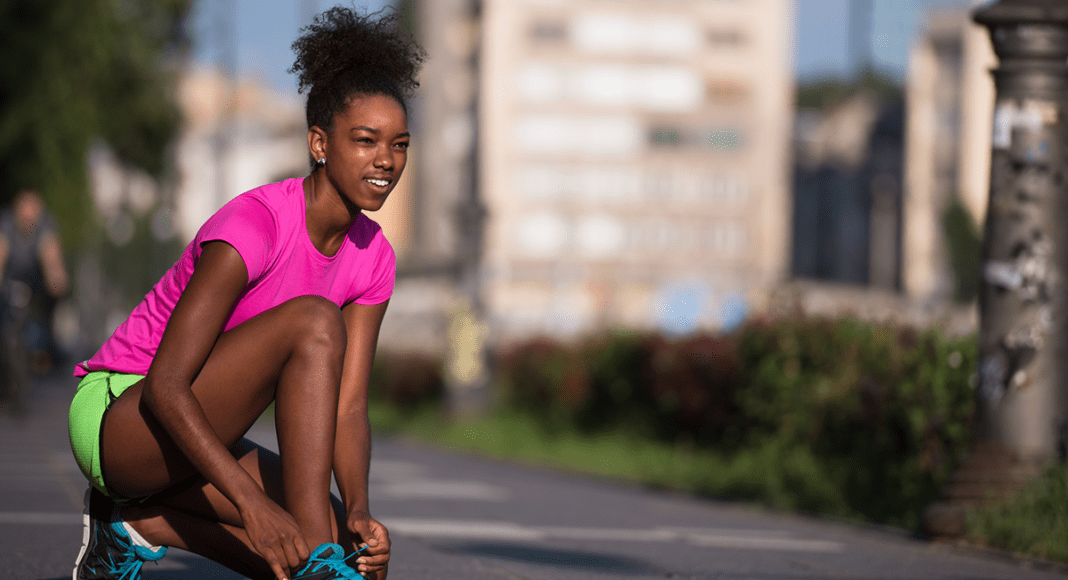 Contrary to popular belief, there are more efficient ways to improve your running than focusing on improving your technique or breathing only through your nose.

What aspects of running training are actually important and which ones are running myths? We talked to Endurance Training coach and 2:28 marathon runner Josh Sambrook to debunk a handful of them and get a couple of tips along the way.

We’re not saying you should completely disregard all of the following running myths – they might work and make a difference – but just like hitting the right number of macros in your nutrition is more important than nutrient timing, there are other aspects of running training that are more beneficial to your performance than spending a lot of time and energy in the following five areas.

Myth 1: You Should Only Breathe Through Your Nose

Up until a couple of years ago, the general advice was to breathe through your mouth when running. A big part of you running performance is dictated by how fast you can get oxygen to your muscles – you’re probably familiar with VO2 Max – so mouth breathing makes sense.

The mouth lets more oxygen through than the nose, so breathing through your mouth is thought to be more efficient when working at higher intensities, when your muscles require as much oxygen as they can get.

However, in the past couple of years, the idea that you should only breathe only through your nose has gained popularity. Arguments in favour of nose breathing range from cleaner lungs (for which nasal breathing is definitely beneficial) to increased oxygen efficiency (how much movement you can get out of a certain amount of oxygen), but the link to how running performance benefits from this isn’t crystal clear.

Myth 2: You Should Focus on Your Running Technique

It might be hard to believe, but technique is not the most important aspect of running.

While some people might find it beneficial to change up some aspects of their running style, especially if they’re prone to injury or recovering from injury, it turns out your running technique might not “look good”, but it’s probably spot on.

“When you run, the unique movement patterns you use are probably the most efficient movement pattern for you,” says Josh Sambrook. You instinctively know how to run, so trying to tinker with the details might actually make you less efficient.

Many studies have looked into different running forms and established efficient and inefficient ways to run, but these are hard to spot with the naked eye and haven’t been widely tested in real life, outside of lab-based experiments.

A 2020 study published in the European Journal of Sport Science found that running coaches – regardless of level of athlete coached, number of years coaching, the education level of the coach, coaching certificates, or running experience – can’t reliably establish running economy through a visual assessment of their running form.

If it’s incredibly hard to establish how efficient someone is by watching them run, why try to change their form?

Higher running efficiency is often associated with faster cadence, shorter strides, lower vertical oscillation and foot strike patters (forefoot, rearfoot or midfoot). In a lab-based study, some of these techniques indicate higher running economy, but further research is needed to establish how this translates to real world, when all variables of running are accounted for.

Ultimately, before you even start looking at your running form, think about how much training you’re doing. It might just be you’ll improve your running simply by running more and building a solid base, and then considering fine tuning the little details.

Myth 3: To Get Faster You Need to Train Fast

There’s two schools of thought when it comes to running training: the one that prioritises short and fast training and the one that supports slower and longer running.

Slow running can help you become a faster runner, as this type of training also produces the adaptations in a runner’s body that you’d find in a fast runner, with a lower risk of injury.

“There are running events that require very specific adaptations that you can best get when running fast,” says Josh. If you’re only interested in sprinting you’ll need to train your fast-twitch muscle fibres and your running economy, which is best done through fast training. “But if you want to do an aerobic event, training at a slower pace can bring about most adaptations you’ll need to get the best result possible.”

If you have the time, training at a lower intensity can reduce your risk of stress injuries and be a more sustainable approach to training.

Both training methods have their time and place, and ultimately you should do the one that aligns with your goals and allows you to improve whichever body functions need to be improved.

Forefoot striking is one of the first running rules most people hear about. The mainstream belief is that this technique is more efficient and aligns with the way humans were naturally born to run, making the most of a person’s anatomy.

In reality, natural forefoot strikers are very rare and the majority of world-class distance runners – the fastest people on the planet – are heel strikers (so is the general running population).

A huge biomechanics study during the 2017 IAAF World Championships assessed foot strike patterns of runners at different points during the marathon race. It hypothesised that most athletes would land on their midfoot or forefoot, but that this would change as the race got further, with increased heel striking as the race progressed.

But this turned out not to be the case. A 2019 study published in the Journal of Biomechanics looking into the data found that the majority of runners (never less than 54% of men or 67% of women at any distance) were heel strikers, and 75% of the athletes kept consistent footstrike patterns throughout the race.

Given that the majority of world-class distance runners (and runners in general) are heel-strikers, if forefoot striking has a performance advantage, it can’t be significant.

Moreover, in attempting to change your running technique – as mentioned above – you stand to gain little and risk a lot through injury or frustration.

A 2017 study published in the Journal of Sport and Health Science found that switching from one footstrike to another may result in exposure to different injury mechanism (as biomechanics are altered and new structures are taxed) rather than one type being more injurious than the other.

Additionally, the choice of footstrike might be task-specific: “Running a long distance may require a rearfoot strike to minimize the metabolic cost of running while a more anterior footstrike may be necessary to run faster,” the study found.

The conclusion: the right footstrike pattern is the one that feels natural to you.

Myth 5: You Should Always Warm Up Before Your Run

While there’s a lot of evidence supporting warm ups, this is primarily based on power and sprint events, and not endurance. A handful of studies have looked into the benefits of doing short, long, or no warm ups at all for a 30-minute running trial, a 5K cycling time trial, and a 20-minute cycling time trial and found no significant benefits to warming up.

Before you forgo your warm up completely however, know that if you have specific reasons for warming up – such as managing an injury – you should definitely continue to do so.

“As a rule of thumb, the longer a running event gets, the less relevant the warm up becomes,” says Josh. For marathons or ultramarathons for example, warming up might expend precious energy required for the race.

Ultimately, just like running style, warm ups are a matter or personal preference and become more/less relevant based on the circumstances, environment and event.

If warming up helps prime you mentally for a training session or a race, absolutely go for it, if not, it might just be okay to simply start running.

Run in whichever way feels natural and you enjoy. This way, you’re more likely to stick to your training routine and develop a healthy and happy running habit.

You’re most likely to see the biggest improvements in your running by worrying less about the little details and spending more time running.

What other running myths have you heard about? Let us know in the comment section below.