Blow Up Your Rear Delts (3 Quick Tips for Faster Gains)

Send your strength and physique to the next level. 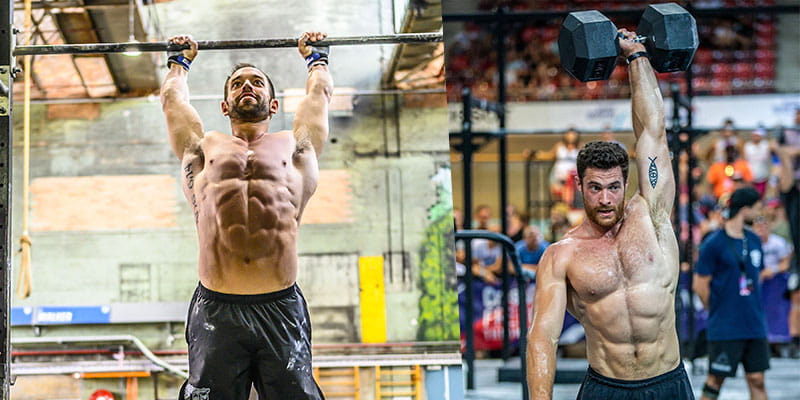 Learn how to blow up your rear delts with these tips from Jeremy Ethier. Get ready for faster gains.

“I’m going to show you how to grow your rear delts fast with 3 simple tips that you can apply right away to your rear delt workout (in the gym or anywhere else). Before we dive into the tips, let’s first breakdown what exactly the rear deltoid is and why yours are probably lagging behind, despite all the “rear delt exercises” you’re doing. As the name implies, the rear delt refers to the “back muscle” of the 3-headed shoulder muscle. They round out the shoulders by adding an impressive cap to the back of them.”

“Most peoples’ rear delts however are underdeveloped, with the front delts being disproportionately overdeveloped. This happens because we do a ton of pressing work that develops the front delts, but very little work for the backside of our shoulders. And the exercises we do choose when we decide to work them, like reverse flies, just aren’t very effective. Let’s explore why this is so – and the exercises you should do instead.”

“If you’re like most lifters then you probably rely on rear delt flies, the reverse fly machine, and facepulls to grow your rear delts. But during these movements, your arm is held straight out to the sides, creating two problems. First problem, this horizontal arm position lines up much better with the upper back muscle fibers like the mid-traps than it does the rear delts which run more diagonally. Second of all, the further the elbow can move behind the body, the better the rear delts can be activated. With a horizontal arm position, your elbow can’t get very far back. To maximally activate the rear delts, we need to find an arm position that lines up perfectly with the rear delts AND allows the elbows to travel furthest behind the body. Anatomically, this is where your upper arm is perpendicular to the spine of your scapula. Once you’ve found this arm position, you can apply it to pretty much any pulling exercise to instantly make it more rear delts focused.”

“Ok so we got arm position down, the next two tips will show you how to apply it into your rear delt workout to instantly speed up your rear delt gains, no matter be it in the gym or at home. Most people leave their rear delts as an afterthought towards the end of a workout when they’re already quite fatigued. Here’s my recommendation. Whenever you do some kind of rowing movement, take the last 1-2 sets and replace them with a rear delt focused row. But if you’re using a cable machine, ditch the narrow V-bar attachment. Instead, find a wider handle attachment like the lat pulldown one. Wrapping two handles on top of the bar can help make it even better and comfortable. Next, grip the bar wide, and pull your elbows back behind the body while keeping them at the roughly 45 degree angle you found earlier. Pause at the end of each rep briefly where you should feel a very strong contraction in your rear delts, and repeat.”

“So, part of the reason your rear deltoid may not be growing very well is because of suboptimal exercise selection but it’s also because other muscles are taking over as a result of you using too much weight when you train them. To avoid this, we’re going to use a more isolation type of rear delts exercise and focus on quality reps.”

“The exercise I’m about to show you (which is one of the best rear delt exercises around) is called the “better reverse fly”. To perform it, set up a bench to a 30 degree incline, grab a pair of dumbbells, and lay your chest on the bench. Then, pull your elbows back as far as you can while keeping them in that roughly 45 degree angle you found earlier. Focus on really feeling the contraction in your rear delts. If you either end up feeling it more in your traps, you’re unable to pull your elbow back behind the body very far, you can’t maintain that roughly 45 degree arm angle, or you’re forced to use momentum, then these are all signs that the weight is too heavy. If so, lighten the weight and focus on quality form. Then, to progress this exercise, avoid increasing the weight too quickly and having other muscle groups takeover. Choose a light enough weight that allows you to do about 15 reps each set with good form. Then, as you get stronger, focus on increasing your reps up to about 25 reps. Only once you reach that should you then move up to the next heaviest weight and repeat the process.”

“Implement these 3 tips, and you’ll not only feel the difference but you’ll see the growth very quickly. But, chances are you’re making similar mistakes with other muscle groups as well.”

Video – Blow Up Your Rear Delts