Which Type of Biceps Curl is Best for YOUR Biceps?

Which is the right choice for you? 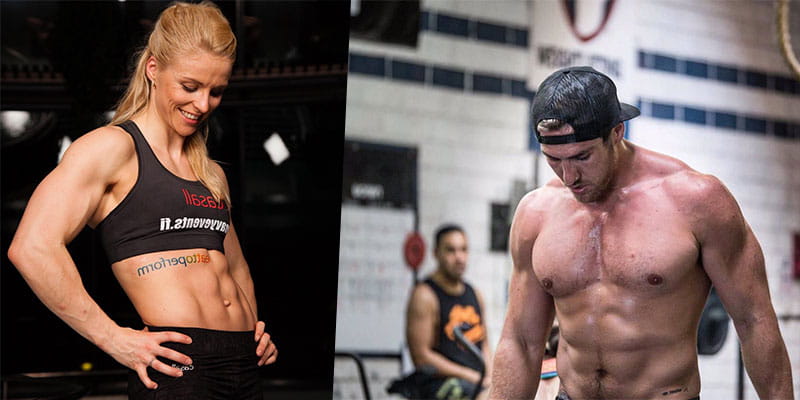 So, which type of bicep curl is best for your biceps? Jeff from Athlean X explains…

“Biceps curls are a staple of getting bigger biceps.  That said, not all curls are right for all people.  In fact, some biceps curls could be doing you more harm than good depending on whether or not you have a particular injury or weakness.  In this video, I show you how to determine the best biceps curl for you to help you build big arms without further injuring yourself.”

“It is not uncommon for people to struggle with curls.  In fact, some don’t even really feel them in their biceps at all.  This is someone I call a non-responder and I did a complete video on how to overcome this and get more from your bicep workouts.  What we are talking about here is being limited by issues in the wrist, elbow, shoulders or core.”

“The wrist is one of the most common sites of pain and discomfort when doing barbell curls.  This can come from the locked position of the wrist and can create pain that is felt down the inside of the wrist most commonly.  There are a few things that can be done to alleviate this.  First, you can use less weight on the barbell curl which will prevent the torque on the wrist that can be causing the pain.  The next thing you can do is switch up the type of bar you are using for the curls.  An EZ Curl bar is made to put your wrist in a more natural position which should take the twisting force off of them and help you to curl more pain free.”

“The elbow is another site of common pain when doing curls.  Here, the discomfort is felt mostly on the inside of the elbow, something called golfer’s elbow.  This can be really hard to work around but if you understand what is causing it, you can.  An over reliance on the forearm wrist flexors to overcome a weakened bicep is the leading cause of medial elbow pain.  You can take the forearms out of the lift however by bending the wrists back and keeping them this way throughout the exercise.  This applies to chin ups as much as it does barbell curls.  The added benefit here is that you will also intensify the strength of the contraction on the biceps.”

“The shoulder can be a real trouble spot for certain types of biceps curls.  When doing an incline dumbbell curl for instance, your arm is kept at your side and in extension at the shoulder.  This places a stretch on the tendons of the biceps that attach around the shoulder joint and within the joint near the labrum.  The position alone without any extra weight can be enough to make this a bad biceps curl variation for you.  Instead, opt for things like spider curls and preacher curls which place your arm in front of your body.”

“Finally, a weakened core can make certain curls more painful for your back.  If you find it much harder to lift two dumbbells at the same time rather than doing them in alternating fashion, you may have a weak core.  Even though the lift is the same on each bicep, the total load that must be stabilized by your core is doubled in the case of the simultaneous lift.  This can be worked around by doing them one arm at a time.”

Video – Which Type of Biceps Curl is Best for Your Biceps?