BOXROX compared the workouts programmed by CrossFit and utilised an “Open-style” scoring system to discover who was the fittest. 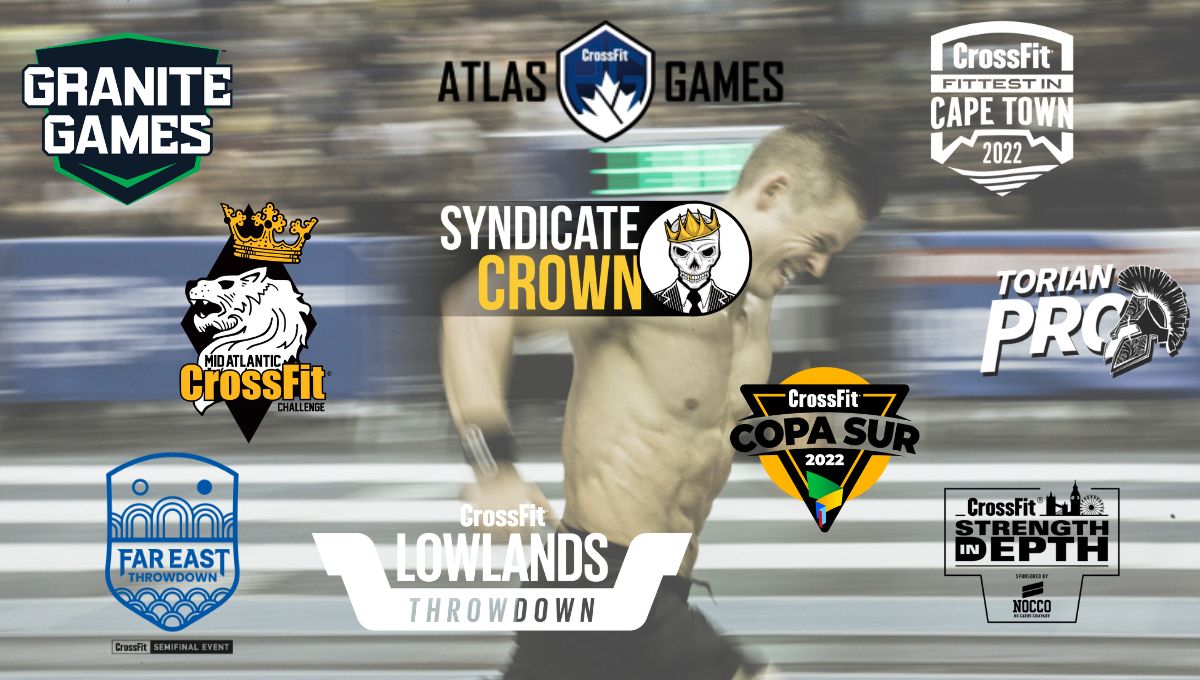 BOXROX has compared every single Semifinal athlete result for the two events that they had to endure across the globe to figure out who are the fittest athletes coming into the final part of the CrossFit season.

When CrossFit announced it would program two events across all Semifinals, it was an opportunity to compare how some of the fittest individual athletes in the world stack up against one another.

The events replicated in each of the 10 Semifinals around the world were:

3 attempts for max load of:

How We Scored Athletes

Since in both men’s and women’s divisions more than 280 athletes were competing, BOXROX utilised the Open system to discover who was the fittest.

Athletes would get a minimum of 1 point in each event. The fastest person on WORKOUT 1, for example, would get 1 point, the second-fastest would get 2 points and so on. In case of a tie, athletes would get the same amount of points. The scoring system was applied to WORKOUT 2.

In the end, adding both points, the athlete with the smaller number was crowned the fittest.

Athletes with the name in green have received an invitation to the Crossfit games. names in yellow means that athlete can compete at the last-chance qualifier.

Tia-Clair Toomey won every single event at her respective Semifinal this year, the only individual athlete to do so this year. When comparing the numbers of both workouts that every 280+ athlete had to endure, she also came out on top with flying colours. Only 3 points – 2 points being the best outcome possible.

While Tia-Clair Toomey simply dusted the opposition, in the men’s division the race was much tighter. Jeffrey Adler came out on top with 2 points difference from 2nd place Tudor Magda and Roman Khrennikov.

Justin Medeiros is the current Fittest Man on Earth on the path to defending his title. Some people consider him not the strongest athlete in the mix – last year at the snatch event he finished 7th with a 285lb lift.

However, his numbers proved he is a well-rounded athlete with great capabilities. Compared with all 281 athletes that did the barbell complex, he came out tied in 8th.

Best Athletes That Didn’t Make It

We know we are comparing only two workouts out of 6 events, but still it is mind-boggling to see some athletes that did very well on these two events, but failed to get an invitation to the CrossFit Games or to try again at the Last-Chance Qualifier.

On the men’s side, we saw the biggest disparity possible. Luis Oscar Mora, a Mexican athlete who competed at the Mid-Atlantic CrossFit Challenge, finished in 4th place across all Semifinals in these two workouts but did not get even close to getting to the Last-Chance Qualifier.

At the MACC, his 335-pound lift was the heaviest and he finished the 2014 Regional Event in 5th place. However, the other workouts programmed for his Semifinal only got him to the 12th placement, not enough to secure him a chance in Madison, Wisconsin.

In the top 10, we also saw Kristof Horvath not staying inside the top 8 at the Strength in Depth Semifinal to give him, at least, a spot at the Last-Chance Qualifier. And yes, his last name is famous as he is the brother of 2021 2nd Fittest Woman on Earth Laura Horvath. He is also the coach of his girlfriend Gabriela Migala, 6th Fittest Woman on Earth.

In the women’s division, there was less disparity, but still one athlete in the top 10 did not stay above the cut line at the end of the weekend in her Semifinal. Marie Robin is a 25-year-old French athlete who competed against Katrin Davidsdottir, Jacqueline Dahlstrom, and Emma McQuaid among others at the Strength in Depth Semifinal.

The Best of the Last-Chance Qualifier

Below you will find a list of the best 5 athletes from both divisions that somehow did not get an invitation to the Games just yet, but will probably compete again at the Last-Chance Qualifier.

Bottom of The Pack

We’ve seen some of the best athletes in the 2 workouts that didn’t make the cut, but how about the “least fittest athletes” who managed to get a Games invitation.

Last 5 Men Who Qualified for the Games

Last 5 Women Who Qualified for the Games

Shortcomings of this comparison

Although the Semifinal events were relatively identical to each other, there are a few factors we need to take into consideration when seeing who was the fittest in our list above.

First and foremost, the order in which the events were fit into the Semifinal’s program. Some organisers decided to have the event at the very end (Atlas had WORKOUT 1 as the last event) while for athletes in other Semifinals the workouts were programmed earlier (Far East Throwdown had the workouts on events 2 and 3). Undoubtedly an athlete is more tired towards the end of a competition program than at the beginning and that can affect the overall performance.

Another factor that could affect the performance of the athletes is the type of competition floor they had to run on. At the Granite Games, for example, athletes did the shuttle run on turf, which can be slippery and make people more conscious about going full-speed.