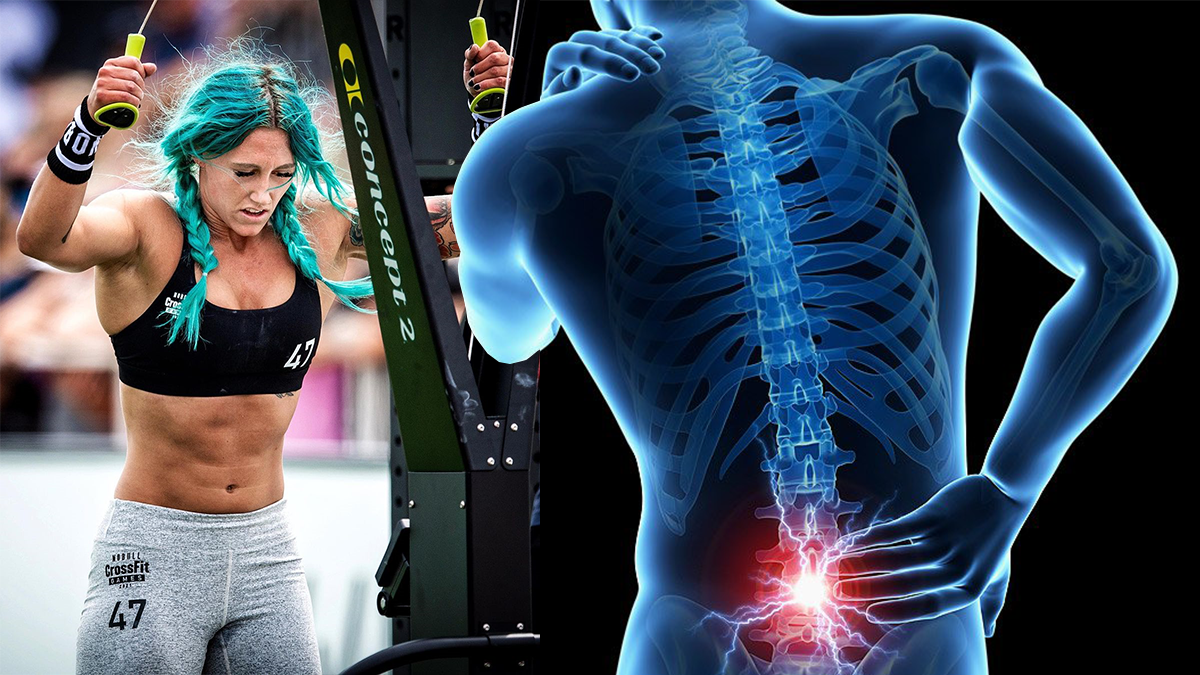 This article and video will teach you how to get a strong lower back and why this is important.

How to Get A Strong Lower Back

The tips, exercises and methods have been chosen and described by Jeremy Ethier.

First off, before diving into the specific lower back strengthening exercises, we need to cover two compound exercises that should definitely be a staple in your weekly routine – squats, and deadlifts. These have not only been shown to be highly effective for lower back strength and hypertrophy but are also easy to overload with weight to continue adequately challenging the lower back muscles over time. However, there are problems. First, not everyone does them. Secondly, a lot of people don’t perform these relatively heavy enough to actually provide enough stimulus to their lower back. And lastly, multiple studies have also indicated that without proper stabilization of the pelvis, the much larger and stronger hamstring and glutes often tend to take over and do most of the back extension work instead.”

Back Extension and Bird Dog

“Therefore, you’ll want to include the following exercises for lower back: the back extension and the bird dog. Back extensions fill in the gap perfectly by stabilizing the pelvis such that the lower back can be better activated and strengthened to a much greater degree than other exercises, which it’s been consistently shown to do so. And although high loading of the back extensors as we’ve previously done is an ideal way to strengthen them, research shows that an additional exercise that demands more stability is required to selectively recruit individual muscles that play a greater role in stabilizing the lower back. That’s the bird dog; it also manages to elicit greater activation of the lower back stabilizer muscles with minimal spinal compression.”

“So, here’s what I’d recommend as an appropriate lower back workout. Multiple papers have shown that even for well-trained individuals, adding in just one lower back exercise 1-2 times per week was able to quickly and significantly increase lower back strength. Therefore, what I’d suggest is that if you’re currently able to squat and deadlift weekly with free weights, then you’d likely just need to throw in the 2 additional lower back strengthening exercises just once per week. Whereas if you’re unable to do squats and deadlifts or don’t go very heavy with them, you can opt to do these more often (2x a week).”

Get a Strong Back

“There you have it: you now know how to get a strong lower back. Regardless of how you set it up though guys, by including these exercises in some fashion within your current regimen, you’ll be able to boost your lower back strength significantly, potentially fix lower back pain, and minimize the risk of you developing lower back weaknesses or imbalances overtime. But at the same time, you need to be sure that you’re not unknowingly overlooking other areas of your body as well.”

Video – How to Get A Strong Lower Back

Muscles of the Back

How to Get A Strong Lower Back – Trapezius

The trapezius is a large muscle that covers the back of your neck, shoulders and upper back. It’s one of three muscles at the base of your shoulder blade (the other two being latissimus dorsi and rhomboids). It works to move your shoulder blade up and down, as well as rotate it in both directions.

There are many different muscles that work together with trapezius to perform movement in these areas.

How to Get A Strong Lower Back – Deltoids

These are located on the top portion of each arm, from just below the shoulder down toward your elbow.

Their primary function is to lift things up toward your chest or above eye level—a motion known as elevation—as well as pull them away from you—a motion called abduction. You use these often when doing everyday tasks like reaching for something on high shelves or lifting heavy objects overhead against gravity’s pull.

How to Get A Strong Lower Back – Pectoralis Major

This large muscle connects directly below each breastbone (sternum) with fibres running up into both arms through what’s called an anterior tendon attachment point.

Here they merge under connective tissue with their fellow pectoralis major muscles.

How to Get A Strong Lower Back – Latissimus Dorsi

The latissimus dorsi is the large muscle of the back. It originates at the posterior portion of the iliac crest and sacrum, along with a small piece from each side of the spine. It inserts into a broad area on each side of the vertebral column, just inferior to T12. This broad attachment helps to give it great strength and stability when lifting or pulling heavy objects or performing other strenuous activities.

How to Get A Strong Lower Back – Rhomboid Major

The rhomboid major externally rotates, flexes and retracts your shoulder blade (scapula), while also acting as an antagonist to serratus anterior and lower trapezius during shoulder elevation.

Common injuries involving this muscle group include sprains or strains due to falls onto an outstretched arm with poor posture in sports.

How to Get A Strong Lower Back – Levator Scapulae

The levator scapulae originates from the transverse processes of C1-C4 vertebrae. The muscle inserts on to the medial border of the scapula.

Its primary function is to elevate it, but it also stabilizes the head during rotation and helps with downward rotation of the scapula. If this muscle becomes strained or sprained, you might experience pain in your upper back that spreads into your neck and shoulder regions.

The Splenius capitis is a long muscle of the back that stabilizes the neck and head. It also supports the scapula (shoulder blade) as well as the thoracic spine (mid-back), cervical spine (neck), and lumbar spine (low back).

Splenius cervicis is a muscle that originates from the spinous processes of C3 to C7 and inserts into the medial border of scapula. It extends from cervical region to superior portion of scapula and contributes to lateral flexion, rotation, and extension in this area.

The longissimus thoracis is a long muscle that runs along the spine, from the base of the neck to the sacrum. This muscle helps rotate the shoulder blades and extends and rotates the neck.

There are many muscles in the back that are important to understand and master.

The trapezius, latissimus dorsi and rhomboid major are all essential for shoulder movement, as is the serratus posterior superior which helps stabilize the scapula during various movements. The splenius capitis and cervicis also contribute to shoulder function by controlling the head position, especially when doing overhead activities like throwing a ball.

Use the tips above to grow a strong and injury resistant back.