Only Tia-Clair Toomey ended up with more points than the two athletes. 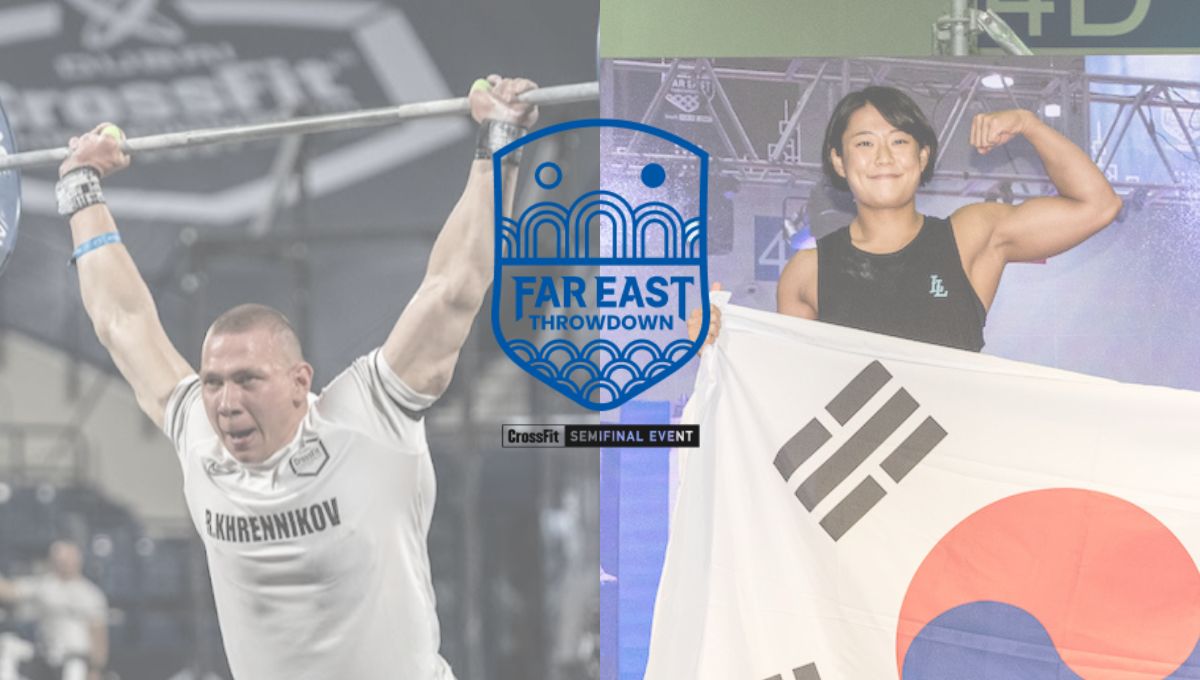 Khrennikov and Choi finished on top of the podium on Sunday with 584 and 588 points, respectively. The only athlete who managed to have more points than any of these two was the legend Tia-Clair Toomey who, at the Torian Pro, finished with 600 points (the highest possible). KT CrossFit Kolesnikov Team also dusted the opposition finishing 1st in every single workout.

Below are the Far East Throwdown results, podium finishers, and who will have to try again at the Last-Chance Qualifier.

Who Is Going to the Last-Chance Qualifier?

Who Is Going to the Last-Chance Qualifier?

It was a weekend to put any doubt to rest. From the 1st event until the very last one, Roman Khrennikov, Seungyeon Kim and KT CrossFit Kolesnikov Team have stayed on top of the leaderboard.

Choi, the athlete from the Republic of Korea, won 4 out of 6 events, with the other two in the top 3. Khrennikov also won 4 events, but his worst placement was on workout 4 where he finished 4th. Team Kolesnikov, on the other hand, dominated every event in the Far East Throwdown, much like Annie Thorisdottir did in the Lowlands Throwdown and Rich Froning’s team did at the Syndicate Crown.

Although it might seem unfair to compare, but Tia-Clair Toomey was the only other individual athlete, from either division, to have earned more points than Khrennikov or Choi.

Next weekend the last 3 Semifinals will take place.

Here are the details for the 2022 Semifinals:

Check out the results of past Semifinal events and who already qualified for the Games this year.

Syndicate Crown – Who Is #GamesBound?