Kristin Holte and Frederik Aegidius Confirmed Winners of 20.2 with 30+ Rounds 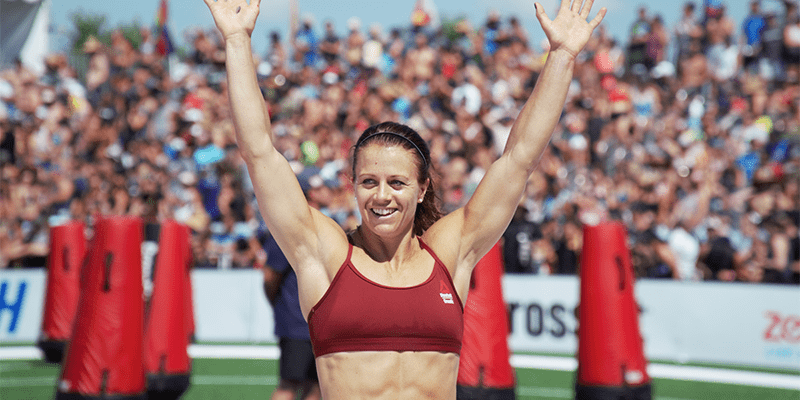 The winners of the second week of the Open have been confirmed by CrossFit HQ.

Second Fittest Woman on Earth, Kristin Holte, submitted an astonishing score of 1045 reps – requiring her judge to get a second scorecard out for the start of her 31st round.

For week two of the Open, the Norwegian athlete sat in second place on the women’s leaderboard behind Sara Sigmundsdottir, followed closely by Kiwi Jamie Greene.

Jamie Greene, the Third Fittest Woman on Earth, was only two reps behind Holte on 20.2, submitting a score of 1045 reps.

Holte experienced technical difficulties during her video recording but was able to supplement her video with a backup recording.

Frederik Aegidius, Fittest Man in Denmark, submitted an impressive score of 1030 reps, with the 20 minute AMRAP finishing in the middle of his 31st round.

The Danish athlete finished 18th in the 2019 Open but withdrew from the CrossFit Games.

Just like on the women’s leaderboard, second place for 20.2 was only two reps behind the winner. Derek Saltou, of the US, submitted a score of 1028 reps.

After video review, Aegidius received a false start penalty, adjusting his score to 1028 reps and moving him into a tie with Saltou. The American athlete did not, however, supply a video for 20.2, so Aegidius was crowned overall winner.

Aegidius’ performance would have placed him third on the men’s overall leaderboard after week 2, behind Greece’s Lefteris Theofanidis (who won 20.1 and submitted a score of 1024 reps for 20.2, also breaking into round 31 and placing 3rd for 20.2) who currently sits on first and Bjorgvin Karl Gudmundsson, ranked second overall.

However, after receiving a major penalty in his Open workout 20.1, Aegidius dropped to 489th place after the second week of the Open.

Four men and three women in the world broke into the 31st round.

As a result of their top scores, Holte and Aegidius earnt $2,020 each.