Anyone Can Do It: CrossFit Games Athlete Lynne Knapman on Coaching, Community & Being a 10x Masters Athlete 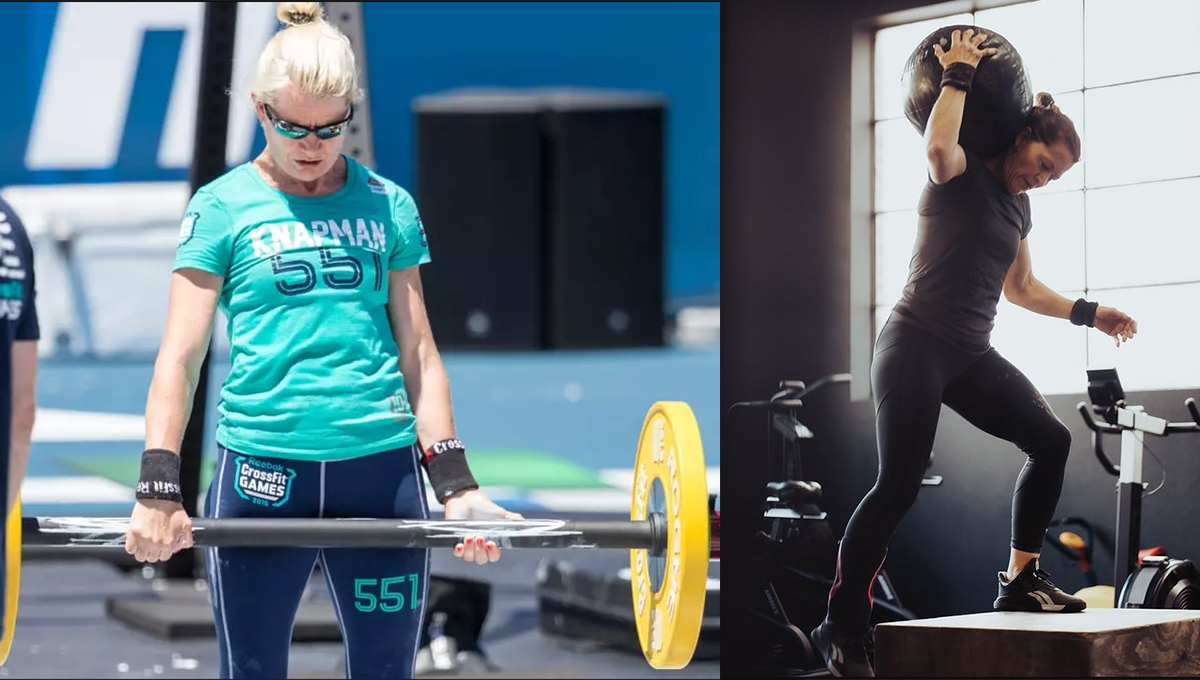 This group of athletes are pushing the boundaries of what most people think is possible once you hit a certain age — and one of those athletes is 61-year-old former High School math’s teacher Lynne Knapman; a CrossFit Games Master who has qualified for her 10th in-person Games this year.

“I’m very ordinary” Lynne tells BOXROX one minute into our conversation from her home in Sydney, Australia “But see, I think anyone could do it.”

Lynne started her CrossFit journey in her 50s after deciding to support a friend in running a 14km road run. Prior to this, she used to run on the treadmill for three kilometers, nine kilometers an hour. After telling her husband she wanted to run the 14 kilometers, he put her in touch with his trainer at a globo gym — this turned out to be her trainer for next 10 years Chad McKay.

When Regionals and the Masters were introduced, Chad encouraged her to take part.

“The first year I qualified accidentally,” she laughs as she tells us. “I was like, I don’t know, maybe fifth in the world? But there were a couple more regions to go. I was thinking, oh my gosh, what have I done? We would look every weekend to make sure I was dropping far enough to get out of it, because we didn’t even know what it was!”

What it was was the early days of the CrossFit Games, and Lynne didn’t drop out. She came 8th in the Regionals, and they took the top 15 in the 50+ Masters Division of the 2010 Games. She is the only Masters athlete to have qualified for every single CrossFit Games since it was first introduced, and has been the Australian National Champion in her age group several times.

The Key to Success Is Good Coaching

Despite all this, Lynne doesn’t consider herself an athlete. She attributes much of her success to Chad and the team at Sydney’s CrossFit Active;

“I think anyone can coach an athlete. Like if someone came along to coach, say, Rich Froning or whatever, they’d be able to do it, but to coach basically a Muppet takes extra special skills, and I don’t learn very quickly, but he doesn’t give up and neither do I.”

Chad knew back in 2011 that mobility would be Lynne’s limitation as she got older. As a result they spend a lot of time working on this aspect of CrossFit, and it’s this kind of care and insight that has allowed Lynne get to where she is now.

To give you an idea of her numbers — according to her CrossFit Games athlete profile — she can back squat 240lbs, deadlift 295lbs, and has a 5.18 Fran. Not bad for a former High School teacher with no athletic background whatsoever.

“The first time I got a medal I gave it to him [Chad],” she says. “He always says that he doesn’t do the work, he just shines a light on the path. And it’s a pretty bright light.”

Chad has been working with Lynne from the very beginning, but she is still incredibly humble about her achievements. “When somebody asks, I tell them I’m good for my age. Which I think I am.”

“One of the things, now that I’m 61, I look at old people walking hunched over across the road and all that sort of stuff. And when I play with my grandchildren, that’s when I notice that this is really worthwhile.”

Lynne trains 7 days a week, and she says this is because she’s an older athlete and therefore has to maintain a level of competitive fitness. On Sundays she swims, but on otherwise spends about three to four hours of training a day. She recently left her job as a math teacher to free up some time, because the schedule was pretty grueling.

Lynne qualified for the 2021 CrossFit Games in Madison this year, but due to ongoing lockdowns and COVID restrictions, is still unsure if she will be able to make it. As the only Masters athlete to have participated in all live Games events, she’s seen the competition change dramatically.

“They’re so slick now in comparison. In 2010 the Masters were on a field, and there wasn’t even the Internet and all that sort of stuff wasn’t as good either.”

“So they basically had this microphone and we were sitting behind the grandstand and it was just a bit lucky if you knew even knew what was happening!”

She goes into every competition with three goals: do the best she can, don’t get injured, and have fun — the podium has never been a goal, even if she has made it once or twice.

One of her favourite memories from the 2019 Games was competing in a workout which included handstand walks. “It’s a bit of a fluke if I can do them,” she says. “But I did four handstand walks and I felt so proud and so pleased.” She came last, but despite that considers it one of her best Games achievements.

CrossFit Is For Everybody

Lynne has a special needs son Chris, who also took up CrossFit when his mum and siblings did. As to not leave him out, she put him in a PT class not thinking he wouldn’t make much progress — but found she was very wrong.

“At first he couldn’t jump up on a normal set of stairs, 6 – 8 inches, and he certainly couldn’t hold himself up on a pull-up bar. But now he’s got a competitive nature in him. His brother even said ‘If Chris can do it, anyone can.’ Here’s someone with poor muscle tone, poor coordination, everything stacked against him, and his coach has helped him make progress.”

CrossFit is immensely scalable, and Lynne wants anyone thinking of getting into the sport to know that. She also praises the community at her box at length because it’s provided her sons with structure and role models that are hard to come by.

“What I think Chris has done, is my finest achievement,” she says. “Even over and above the Games. Because it has made such a difference to his life.”

After a decade of competing, Lynne thinks she will only stop when Chad does; “If he quits, he’s got two little babies, so if he decided he didn’t want to do it anymore, then I would still probably train as hard as I do, but probably not compete.”