Murph Training Plan: PR Your Murph Time for a Good Cause

All training plan profits will be donated to the Lt. Michael Murphy Foundation. 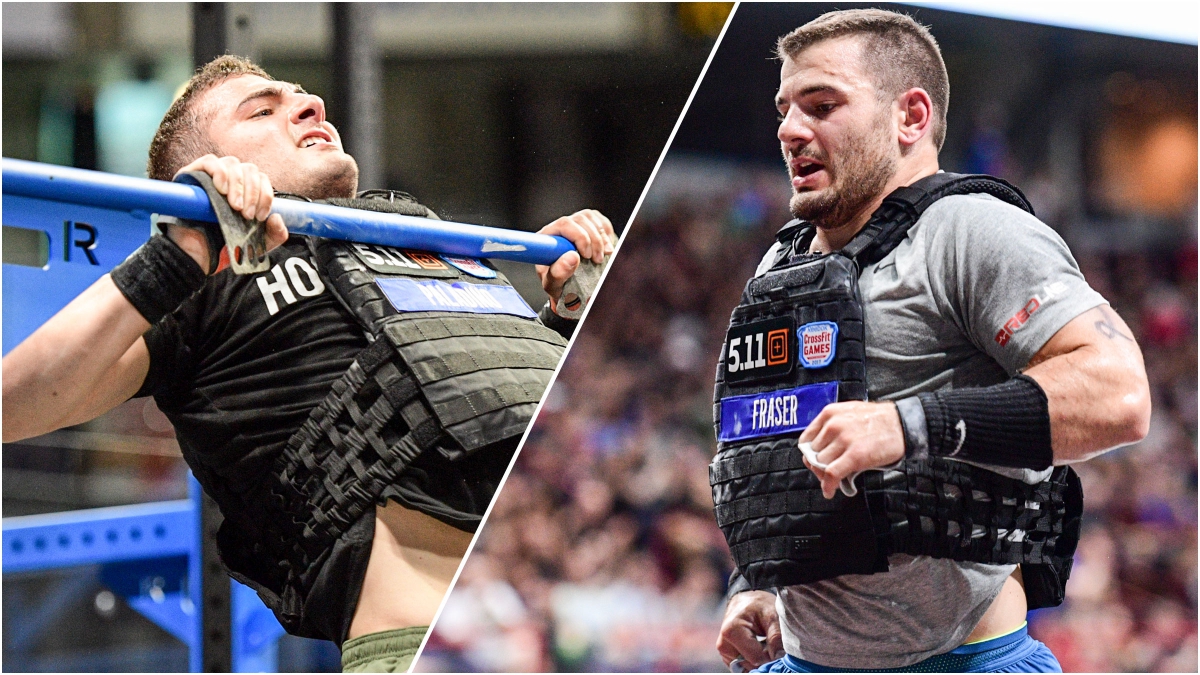 Murph Prep 2022, an eight-week training plan to get you ready for Hero CrossFit Workout Murph, starts this week.

Aimed at helping athletes of all fitness levels achieve their best Murph time while supporting a good cause, the training plan runs from April 4 to May 30 and 100% of profits will be given to the Lt. Michael Murphy Memorial Scholarship Foundation.

“Last year I was able to donate just under $1,000 and hope to double that this year,” said Kiel Holman, owner and head coach of Beyond Strength and Endurance and creator of the plan.

Murph is a CrossFit Hero workout that consists of:

Athletes are allowed to partition the reps as desired and a common strategy is to perform 20 rounds of 5 pull-ups, 10 push-ups and 15 air squats.

It is the most iconic CrossFit Hero Workout in the world, aimed at honouring the life and legacy of Navy Lieutenant Michael Murphy, who was killed in Afghanistan on June 28, 2005.

Since the year of his death, Murph has become a tradition on Memorial Day at CrossFit gyms across the US and around the world.

The Murph training plan runs over eight weeks, starting on April 4 and culminating on May 30, Memorial Day.

It includes three to four training days per week focused on building strength and endurance for Murph’s movements: running, pull-ups, push-ups and squats. You’ll complete a muscle endurance day, a strength day, and either two running days or one running day plus the Hero/Named WOD.

The plan is available on SugarWOD or Fitr and includes 37 total training days (it’s recommend you complete at least 30 of them). All sessions are 30 minutes or less (except some Hero WODs) so you can simply add them to what you are already doing in class or on your own.

In week one (April 4-11) you will do two pre-tests: Muscle Endurance and Strength. These will give you a rough idea of what strategy is best for you by entering your scores in an Excel spreadsheet. These will be retested in week seven (May 16-22) to see your progress and help you choose a final strategy.

Completing Murph partitioned or as written

Based on your strength baselines established above, it is recommended you opt for the following strategies:

“Murph is important to me for two reasons,” said Kiel Holman, the mind behind the plan and owner at Beyond Strength & Endurance. “First, it brings the CrossFit community together to honor a fallen hero. We all need to remember why we’re doing this workout every year. Even though it’s a great benchmark to track our progress year over year, it is first and foremost, to honor Lt. Michael Murphy.

“I’m thankful to be able to pay the profits forward to the Foundation so that we’re all doing this together for a great cause.

“Second, the workout itself is a great combination of strength and endurance, which lends itself to the opportunity for improvement. One of my favorite things about CrossFit is that every workout is scored, so we can measurably see how much better we’re getting. My goal with the Murph Prep Plan was to use results-based progressions, helping every athlete improve their strength and endurance for this annual benchmark.”

Whether athletes plan to complete the WOD straight through, as written with a weighted vest, or break it up into manageable sets, the Murph Prep Plan has the training progression and strategy suggestions to help everyone accomplish their specific goals.

Lt. Michael P. Murphy, fondly referred to by friends and family as “Murph,” was born May 7, 1976 in Smithtown, NY and grew up in the New York City commuter town of Patchogue, NY on Long Island.

Murphy grew up active in sports and attended Patchogue’s Saxton Middle School. In high school, Murphy took a summer lifeguard job at the Brookhaven town beach in Lake Ronkonkoma — a job he returned to each summer through his college years. Murphy graduated from Patchogue Medford High School in 1994.

Murphy attended Penn State University, where he was an exceptional all- around athlete and student, excelling at ice hockey and graduating with honors. He was an avid reader; his reading tastes ranged from the Greek historian Herodotus to Tolstoy’s “War and Peace.” Murphy’s favorite book was Steven Pressfield’s “Gates of Fire,” about the Spartan stand at Thermopylae. In 1998, he graduated with a pair of Bachelor of Arts degrees from Penn State — in political science and psychology.

Following graduation, he was accepted to several law schools, but instead he changed course. Slightly built at 5 feet 10 inches, Murphy decided to attend SEAL mentoring sessions at the U.S. Merchant Marine Academy at Kings Point with his sights on becoming a U.S. Navy SEAL. Murphy accepted an appointment to the Navy’s Officer Candidate School at Pensacola, FL in September 2000.

Murphy was commissioned as an ensign in the Navy on December 13, 2000, and began Basic Underwater Demolition/SEAL (BUD/ S) training in Coronado, CA, in January 2001, graduating with Class 236. BUD/S is a six-month training course and the first step to becoming a Navy SEAL.

Upon graduation from BUD/S, he attended the Army Jump School, SEAL Qualification Training and SEAL Delivery Vehicle (SDV) school. Lt. Murphy earned his SEAL Trident and checked on board SDV Team (SDVT) 1 in Pearl Harbor, Hawaii in July of 2002. In October of 2002, he deployed with Foxtrot Platoon to Jordan as the liaison officer for Exercise Early Victor.

Following his tour with SDVT-1, Lt. Murphy was assigned to Special Operations Central Command in Florida, and deployed to Qatar in support of Operation Iraqi Freedom. After returning from Qatar, Lt. Murphy was deployed to the Horn of Africa, Djibouti, to assist in the operational planning of future SDV missions.

In early 2005, Murphy was assigned to SEAL Delivery Vehicle Team 1 as assistant officer in charge of ALFA Platoon and deployed to Afghanistan in support of Operation Enduring Freedom.

On June 28, 2005, Lt. Murphy was the officer-in-charge of a four-man SEAL element in support of Operation Red Wing tasked with finding key anti-coalition militia commander near Asadabad, Afghanistan. Shortly after inserting into the objective area, the SEALs were spotted by three goat herders who were initially detained and then released. It is believed the goat herders immediately reported the SEALs’ presence to Taliban fighters.

A fierce gun battle ensued on the steep face of the mountain between the SEALs and a much larger enemy force. Despite the intensity of the firefight and suffering grave gunshot wounds himself, Murphy is credited with risking his own life to save the lives of his teammates. Murphy, intent on making contact with headquarters, but realizing this would be impossible in the extreme terrain where they were fighting, unhesitatingly and with complete disregard for his own life moved into the open, where he could gain a better position to transmit a call to get help for his men.

Moving away from the protective mountain rocks, he knowingly exposed himself to increased enemy gunfire. This deliberate and heroic act deprived him of cover and made him a target for the enemy. While continuing to be fired upon, Murphy made contact with the SOF Quick Reaction Force at Bagram Air Base and requested assistance. He calmly provided his unit’s location and the size of the enemy force while requesting immediate support for his team.

At one point, he was shot in the back causing him to drop the transmitter. Murphy picked it back up, completed the call and continued firing at the enemy who was closing in. Severely wounded, Lt. Murphy returned to his cover position with his men and continued the battle.

As a result of Murphy’s call, an MH-47 Chinook helicopter, with eight additional SEALs and eight Army Night Stalkers aboard, was sent in as part of the QRF to extract the four embattled SEALs. As the Chinook drew nearer to the fight, a rocket-propelled grenade hit the helicopter, causing it to crash and killing all 16 men aboard.

On the ground and nearly out of ammunition, the four SEALs, continued to fight. By the end of a two-hour gunfight that careened through the hills and over cliffs, Murphy, Gunner’s Mate 2nd Class (SEAL) Danny Dietz and Sonar Technician 2nd Class (SEAL) Matthew Axelson had fallen. An estimated 35 Taliban were also dead. The fourth SEAL, Hospital Corpsman 2nd Class (SEAL) Marcus Luttrell, was blasted over a ridge by a rocket-propelled grenade and knocked unconscious. Though severely wounded, the fourth SEAL and sole survivor, Luttrell, was able to evade the enemy for nearly a day; after which local nationals came to his aide, carrying him to a nearby village where they kept him for three more days. Luttrell was rescued by U.S. Forces on July 2, 2005.

By his undaunted courage, intrepid fighting spirit and inspirational devotion to his men in the face of certain death, Lt. Murphy was able to relay the position of his unit, an act that ultimately led to the rescue of Luttrell and the recovery of the remains of the three who were killed in the battle.

Lt. Murphy is survived by his mother Maureen Murphy; his father Dan Murphy; and his brother John Murphy. Dan and Maureen Murphy, who were divorced in 1999, remain close friends and continue to live in N.Y. Their son John, went to the New York Institute of Technology, and after graduation started his career in law enforcement.