There’s more to this bodyweight movement than just get up, get down. Learn how to perform it properly. 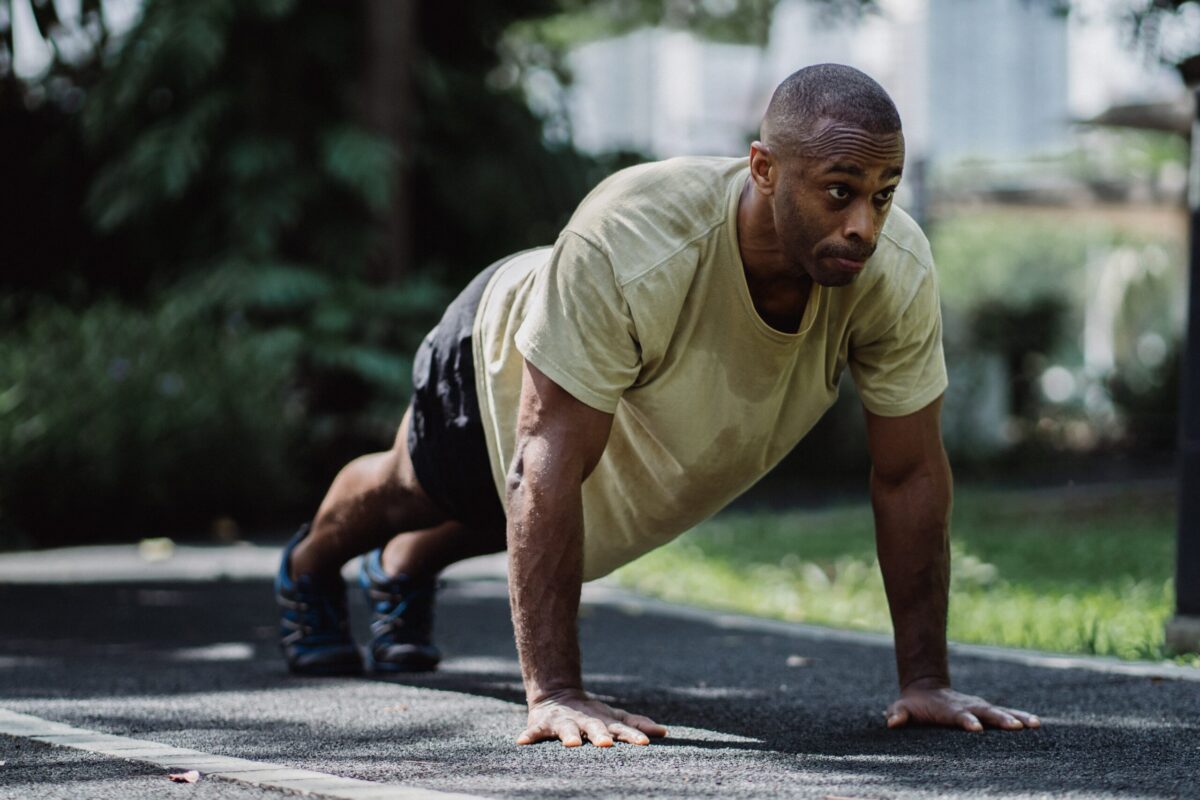 Many people around the world commit push-ups mistakes whenever they perform this bodyweight exercise. The lessons on how to avoid them below should give you enough knowledge to perform the exercise efficiently and effectively.

Push-ups are popular because they can be done anywhere by pretty much anyone. No equipment is necessary to perform them, they are easily scaled, and they’re a great addition to any workout.

How to perform a push-up

Push-ups are designed to target your chest, front delts, and triceps.

Dr Mike Israetel, PhD in Sport Physiology and cofounder of Renaissance Periodization, breaks down the biggest push-ups mistakes he sees people do and gives advice on how to fix them.

Doing your push-ups right will bring the maximum benefit for the minimum cost, so make sure you’re not committing any of the following mistakes and optimise your training.

9 Push-Ups Mistakes and How to Fix Them

1 – Too little range of motion

Your chest should essentially touch the floor when you perform push-ups. Going up without fully extending your elbows or going down without getting very close to the floor isn’t technically a push up.

2 – Changing the range of motion between reps

Your push-ups should look the same whether you’re on your first three or last three. Efficiency aside, this is a terrible mistake because it doesn’t allow for good tracking, so you won’t be able to know whether you’re progressing if a big number of reps was questionable.

Performing the eccentric part of the exercise uncontrolled will take away half of the push-up’s benefits. Controlling your descent is not only safer but also eccentrically contracts the muscles, which is incredibly stimulating for hypertrophy.

This doesn’t mean your push-ups should be slow, but simply that they should be controlled.

Cutting the range of motion whether it’s during the lockout or at the bottom isn’t the most effective way to train push-ups. This mistake is common when people perform push-ups quickly, and it’s hard to tell whether their elbows are fully locked out or their chest is close to the floor after every rep.

Getting enough depth and locking the elbows out applies for every push-up repetition you perform, but is especially important on your last rep, as it is here where most people only perform half a rep by either dropping the knees down too early or not fully extending their arms..

Your body should be in one straight line from your heels to your head when you perform push-ups. This is because you want to maximise the torque to the upper body and having your hips out of place basically halves the force needed.

Having your hips and butt too high or too low will make the exercise easier and thus less effective.

This is a very common mistake, especially with beginner athletes who lack the strength to perform push-ups.

Looking down or looking up is not going to magically massively change your biomechanics. Your neck should really just be in a comfortable position where you find you have the most strength.

Push-ups require a great deal of rigidity and attention to multiple body segments, which you can easily forget about when you get closer to failure.

While it is tempting to let technique go out the window, you won’t be doing yourself any favour by continuing to perform push-ups with bad form.

Where you place your hands will have an impact on which muscles you work most, so the answer to “where should I place my hands for push-ups?” will depend on your goals. A wider hand position targets mostly the chest, while a closer hand position will target the triceps more.

Your hands and feet should really not move during the exercise, so find yourself a surface where you can do stable push-ups. When you are unstable your body decreases its voluntary force output, which will have a negative effect on the effectiveness of your training.

Watch the most common push-ups mistakes below (video contains swearing).