The Vital role of Speed, Agility and Coordination for all Athletes 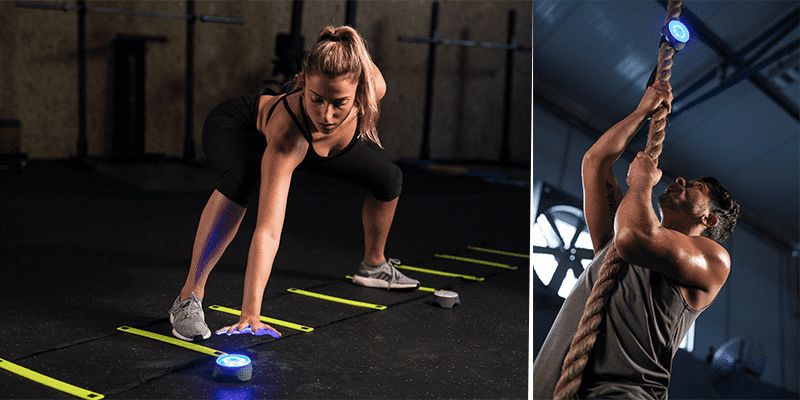 CrossFit® requires great speed, agility and coordination across a wide range of exercises, modalities and scenarios.

BOXROX readers get 15% off with the exclusive code: BP-BOXROX

The sophisticated App then tracks and stores all the information from every workout, allowing you to monitor your progress and achieve the personal goals that you have set out to achieve.

The tests and challenges they provide are almost infinite, completely customisable and limited only by your imagination. A highly original way to inject new motivation, fun and cognitive and physical stimulus into your training. You can even design your own multiplayer partner WOD competitions.

Using the attachments, the Pods can also be fastened to CrossFit rigs, trees, cones, walls or any other surface.

Add these challenges into your training. 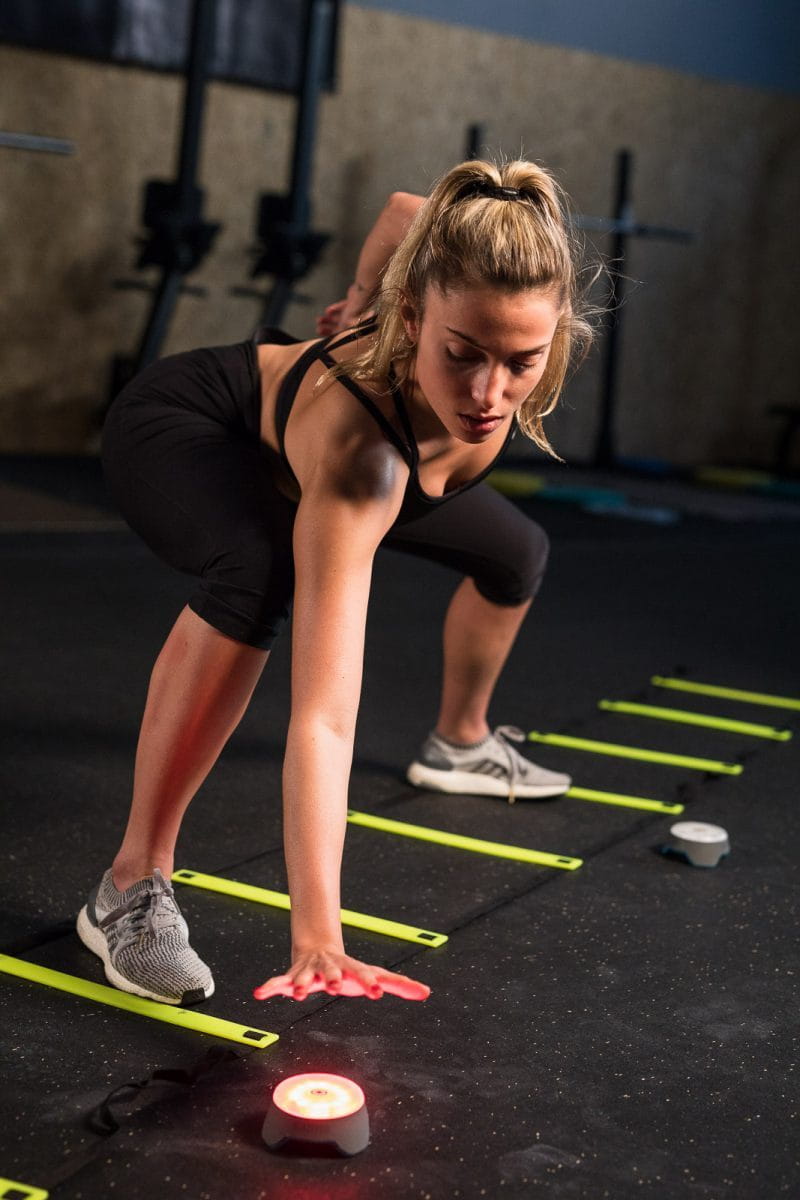 One only needs to flashback to the recent CrossFit Games® in Madison to understand just how important explosive speed, agility and coordination is when it comes to running events within CrossFit®. The sprint event halved the field of athletes from 20 to 10, eliminating top athletes such as Annie Thorisdottir, Laura Horvath, Pat Vellner and Brooke Wells. Try the following challenge to improve your speed and agility.

You can also position the Pods in a lateral line with the starting Pod in a central position if you would prefer a different variation.

Deceptively simple, this is an effective and challenging way to improve an element of coordination to a low skill conditioning exercise such as the burpee.

Blazepods can be used with partners to create fun challenges and competitions.

Check out the Colour Catch Competition for a fun challenge.

Activity Structure: First, each player is assigned a colour. When the game starts, a number of pods will light up that matches the number of players. The first player to reach and press their coloured Pod wins a point. At this moment all other Pods will turn off. Return to the centre and repeat.

Blazepod increases cognitive function and proprioceptive ability. Proprioception is the body’s awareness of itself in spatial terms, an absolutely essential element of movement when it comes to any athlete. Their light up Pods help to simultaneously train agility, speed, coordination and reflexes in an intelligent and original way, designed to improve self-awareness in relation to movement and range of motion. 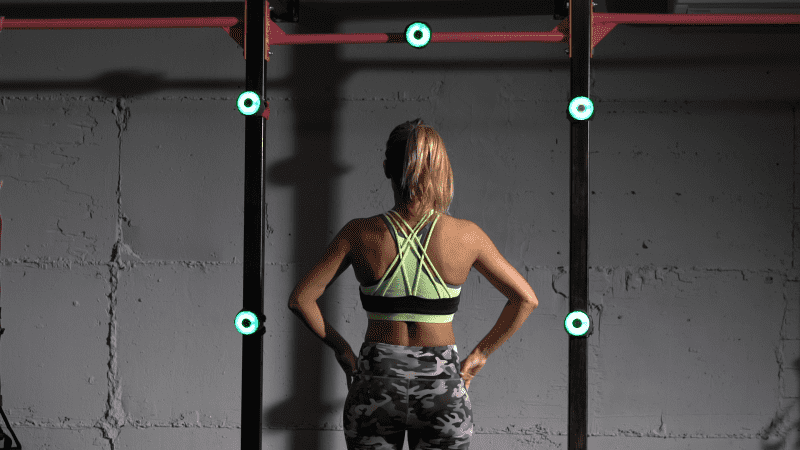 This challenge will significantly tax your core, back, arms, legs and shoulders. It forces the participant to display poise and control under fatigued conditions, a vital skill for any serious CrossFit® athlete.

Activity Structure: When the drill begins, make low undulating waves with the ropes. When either Pod lights up, shuffle laterally across and touch that Pod with the corresponding foot before moving back to the central starting position. Make sure the ropes are moving the entire time.

For a more advanced version, move arms in tandem to power the rope and jump across laterally to tap each Pod as it lights up.

Motivational and Creative Way to Train

One of the most fun parts of Blazepod is that they designed the pods to open to your creativity. Have fun and play around a lot more with the settings and find more creative ways to work on the many elements of fitness through individual drills, competitive drills and working stations (multiple athletes running the same drill at the same time). 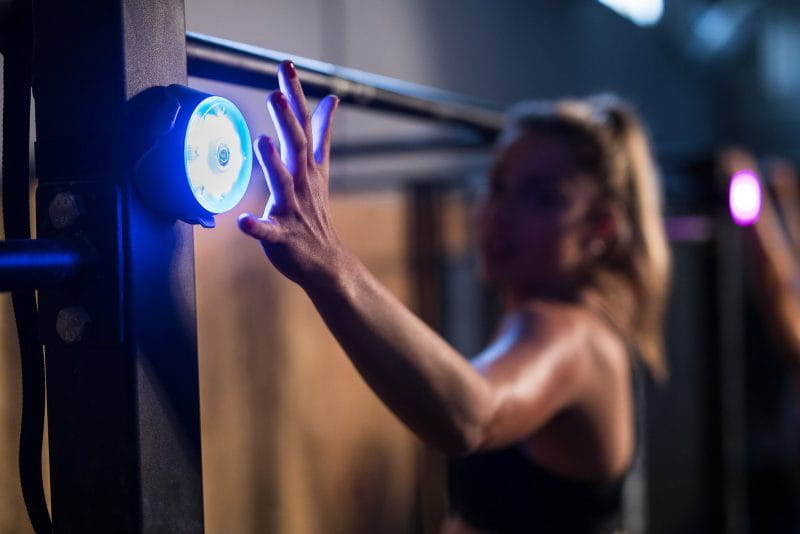 Blazepod have designed an ingenious training method that also stimulates cognitive function. Think four dimensional (height, width, depth and duration) cognitive training designed to improve speed, reflexes and coordination. This will make you more precise and focused when you step back onto the competition floor, whether that’s in your local Box or that next level competition that you’ve been dreaming about.

Activity Structure: From squat position, when either of the 2 Pods in front light up, tap it with the corresponding foot and return foot to starting position (without leaving the squat position). When the Pod between the legs lights up, drop down and perform a push up and tap the light with the sternum. Jump back up into the squat position. Repeat. 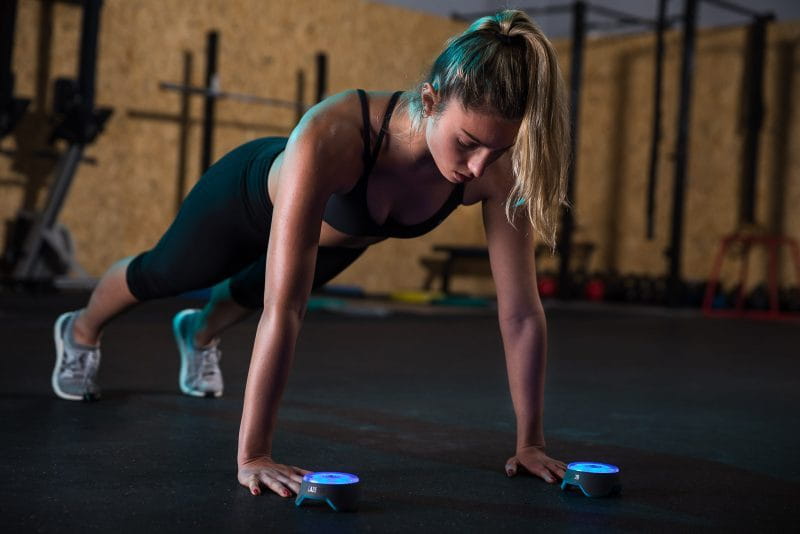 Activity Structure: When the Pods light up, the player moves over it and performs a press up so that their chest touches the Pod. Another Pod will then light up. The player moves laterally across to that Pod then performs another push up. Repeat.

Another way to add variety into your training is to train the different planes of motion. The movements of our body occur along three different planes. A great deal of WODs and exercises virtually ignore the third. Blazepod can help to fix that. 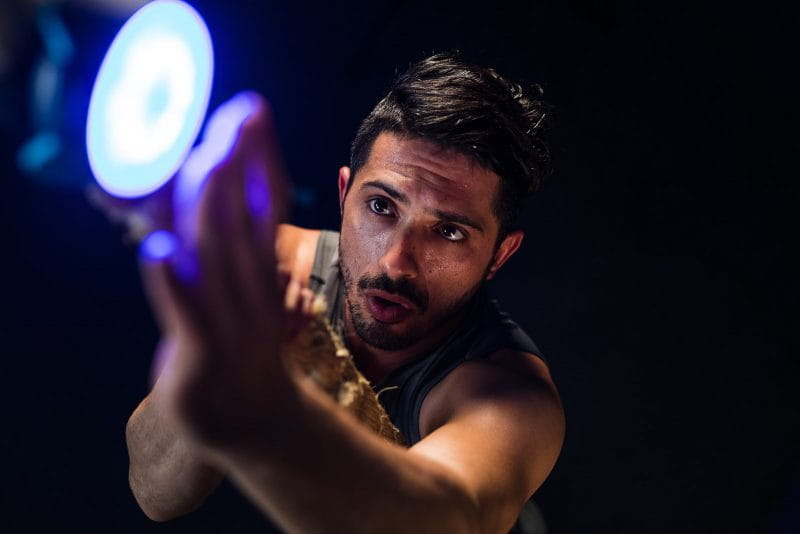 The plane that divides the body into front and back is called the coronal plane. Movements along this plane are sideways movements, such as lateral lunges.

The final and most disregarded plane is the transverse plane, which divides the body into top and bottom halves. We move along this plane when we twist and turn our bodies, like when we look around before crossing the street. Transverse movements are predominant in sports such as tennis, golf, rugby and gymnastics, the movements of CrossFit® almost exclusively happen along the sagittal plane. Whether your goal is general fitness, functional strength, or athletic achievement, you should train along all planes.

Ignoring the transverse plane means muscles like the abdominis obliquus are neglected. These muscles are part of the core and provide stability, which in turn allows you to generate greater power and forceful movement. Strong oblique muscles also decrease the chance of injury, as they stop the trunk from over rotating. 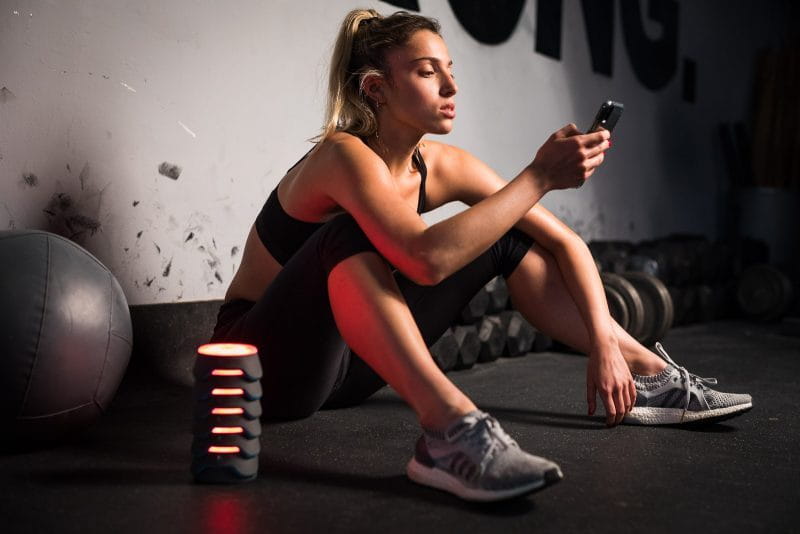 Activity Structure: 2 Pods will light up in 2 different colours. Each colour represents a different player, and each player should only hit the Pods with their colour (as quickly as they can).

On the Blazepod app there are many more professional, pre-defined activities to improve your hand-eye coordination, agility, speed, stability and strength.

Find more tests and challenges on the app

Speed, agility and coordination are vital components of any athlete’s arsenal of skills. Blazepod will test and improve these areas, alongside enhancing cognitive function, proprioceptive ability and rekindle the motivational element of fun back into your training.

BOXROX readers get 15% off with the exclusive code: BP-BOXROX