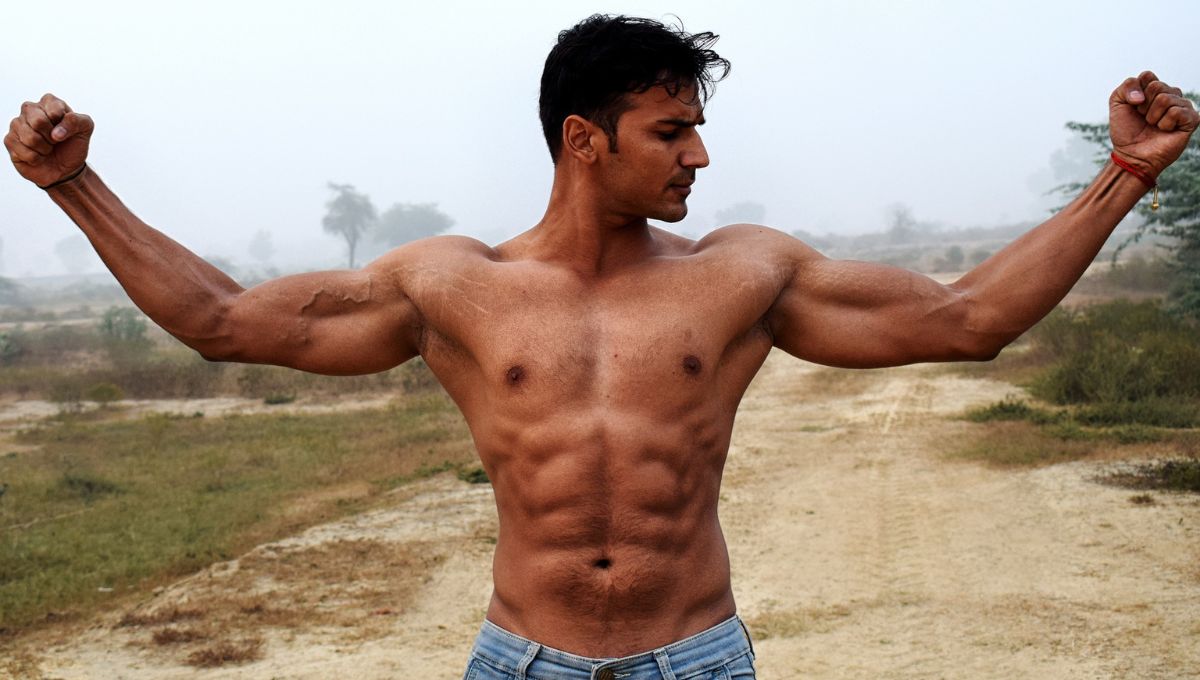 Check out the top 5 exercises for bigger biceps.

The biceps is a muscle on your arm that is relatively tiny. However, for some reason, people tend to give special attention to this muscle group. In fact, if you are looking to have bigger biceps, you must choose exercises that specifically target them.

There is nothing wrong with going traditional with barbell curls, but you also need to add variety. Sometimes you just want to know what are the top 5 exercises for bigger biceps and just do them straight away. You’re in luck because that is what Mike Thurston did.

Mike Thurston is a social media star and fitness entrepreneur. He founded an app that delivers specialised training and nutritional plans for members looking to get into shape. His YouTube channel has more than 1.3 million subscribers.

He shared a video explaining what are, in his opinion, the top 5 exercises for bigger biceps. Check it out.

Make sure you are not cheating (using momentum to swing) when lifting the barbell. Thurston also recommends doing it in front of a mirror to see your form as you go along – one particular thing he used to do wrong is to have one shoulder higher than the other which would place a different tension on different sides of the body.

Leaning back on an incline bench with a pair of dumbbells and begin curling up. Because of the inclination, you likely will not cheat with swinging, but also create more tension at the bottom of the movement and stretch your biceps through the curling.

For this exercise you may choose a barbell. While the previous movement would have you stretching your biceps and concentrating the tension at the bottom part of the movement, by switching it up, now you would concentrate the bigger tension of the movement at the top of the curling.

As always, it is important to add variety and this tackles your biceps from two different angles with ease.

Lastly in this list of the top 5 exercises for bigger biceps is the single-arm preacher curl.

Thurston does one arm at a time so that he can check any imbalances between one arm and the other. Also, he is able to go to complete failure when doing this movement because he doesn’t need someone to spot him while curling the dumbbell up and down.

And that is Thurston’s list of the top 5 exercises for bigger biceps. If you want to see how to perform any of these movements, click on the video below.

How To Design a Program To Grow Huge Biceps

Now that you know the top 5 exercises for bigger biceps, check out the anatomy of your arm and its muscles.

Muscles of the Biceps and Forearms

The arms and forearms are made up of many different muscles.

The primary purpose of these muscles is to move your arm and hand during activities such as writing, typing, or throwing a ball. Some arm muscles also help you keep your balance or support your weight when holding something heavy.

You can see the arms in action when you do push-ups or sit-ups at the gym, or when you’re working on your computer and grasping a mouse between your fingers!

The biceps brachii is a two-headed muscle. It flexes the elbow and supinates the forearm (the motion that turns your palms away from each other). It originates on the scapula and inserts on the radius, which is one of two long bones in your forearm.

The biceps brachii is a two-headed muscle that has its origin on the scapula and the humerus. The long head originates on both bones, while the short head originates only on the supraglenoid tubercle of the scapula.The long head attaches to both parts of the humerus: at its proximal end, it attaches to both sides of your shoulder joint; distally, it inserts into your radius bone.

The short head ascends vertically from its attachment site (supraglenoid tubercle) onto your forearm bone and then crosses over onto your upper arm bone before attaching at its distal end.

The brachialis is a two-headed muscle that flexes the elbow and pronates the forearm. It originates on the lower end of your humerus, or upper arm bone, as well as part of your ulna, which is one of two long bones in your forearm.

The long head connects to both bones at different points along its length. The short head originates on just one side:

The brachioradialis is a small forearm muscle with two origins on the ulna, the medial humeral epicondyle, and the elbow joint capsule. It inserts into the lateral aspect of the radius.

The brachioradialis is an important flexor of your forearm at pronation (palm up). It also assists in supination (palm down), but it’s not as strong at this movement because its origin on the ulna prevents it from working too hard when pronating.

The nerve that innervates this muscle is called the median nerve; it supplies sensation to your hand and controls other muscles in your arms and hands as well as feeling some touch sensations in each finger tip.

Flexor carpi radialis is a small muscle that flexes the wrist toward the thumb. It is located on the side of your forearm, below and slightly behind your elbow joint.

It is one of four muscles that make up what is called the rotator cuff, which helps stabilize and support your shoulder joint. This muscle has an important function in allowing you to use your hand effectively. For example, if you were holding a pen, it would allow you to bend your wrist so that you could write with it more easily than if it weren’t there at all!

The palmaris longus is a thin muscle that originates on the medial epicondyle of the humerus and inserts into the palmar aponeurosis. It can be found in between other muscles and tendons, including those of flexor carpi radialis, flexor digitorum superficialis, and brachioradialis. The primary function of this muscle is to flex the wrist and hand (as well as some small movements involving rotation).

The palmaris longus is innervated by the median nerve which runs along its proximal tendon.

The flexor carpi ulnaris (FCU) is one of the muscles of the forearm that you might use to rotate your hand inward. This muscle helps to flex your wrist and fingers, but it also plays a role in rotating your palm inward when you make a fist. The FCU can be found on the medial side of your forearm, near where it meets with the biceps brachii muscle.In addition to being able to flex and bend your wrist, this muscle also has an important function in pronation—turning over or rotating your hand so that its palm faces down toward the ground. In fact, when you turn over any part of yourself while making a fist (such as turning over one foot while walking), you’re using this muscle!

The anconeus (ACH-nee-nus) is a small muscle in your forearm that helps extend your elbow. Your triceps brachii is the larger of the two muscles that make up your upper arm, but it also has smaller helper muscles called the anconeus and supinator. The anconeus attaches to three bones in your forearm: two olecranon bones at the back of your elbow joint and one ulna bone in front of it.