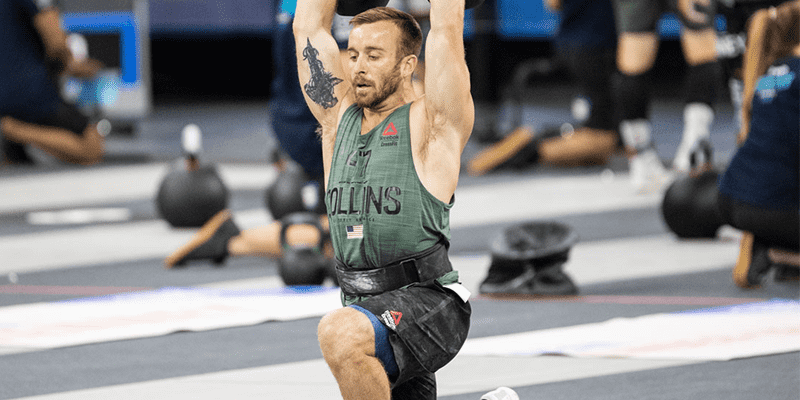 Athletes Logan Collins and Christian Lucero shared they have been assessed major penalties to their scores for CrossFit Open workout 20.5.

Logan Collins, who at the moment of writing sits on 28th place on the global leaderboard, was assessed a 45-second major penalty for “frequent failure to reach position of support on top of the rings.” His score, as represented on the leaderboard right now, was adjusted to 11:44.

Say what?!?!? I have done muscle ups this way for about 6 years now who woulda known! I appealed this 100%. • • Here is the link for the full video• • https://youtu.be/xybv30rmd74 #SometimesItBeLikeThat

Collins, a four-times Games athlete, is the last name above the blue line on the leaderboard. If nothing else changes, this means he’ll qualify to the CrossFit Games through the Open.

In a series of posts, Christian Lucero also shared CrossFit HQ’s emails notifying him of his penalty. He was assessed a 60-second penalty for “consistently failing to reach the target height on the wall ball.”

Lucero, who said was in a Games qualifying spot prior the penalty, asked CrossFit HQ to “specify where in the video that you’re seeing a failure to meet this requirement” and was sent screen shots of all 120 wall ball reps in sequential order at the point of contact “for you to cross reference with the measurement photos of where the wall ball would have had to hit to validate a good rep.”

(Post 2 of 3) Measurement was clearly shown of the wall ball target height and line (previous post), wall ball midline taped to visually see from all angles, and the correct height that the ball would need to achieve in order to validate a good rep demonstrated. On top of that I also included 120 sequential screenshots of the wallball at the point of contact with the target. (Here and continued in next post ⏭) #20point5 #crossfit #crossfitgames

(Post 3 of 3) The continued screenshots of every single rep of the wall balls in question. Now after all that, is there anyone still thinking that this is deserving of a penalty? Let alone a major penalty, 60 seconds would be one of the BIGGEST penalties of the open! GTFO! I have a long list of shady videos that belong on a penalty list but this ain’t it. Still no word from CrossFit after all this but they sure had time to update my score on the leaderboard to reflect the penalty. #20point5 #crossfit #crossfitgames >>>EDIT: It should be noted that before this penalty I was in qualifying position for the 2020 CrossFit Games through the open. After the penalty was assessed I dropped out of contention.<<<

Following the penalty, Lucero is now ranked 41st on the global leaderboard.

• The rep is credited when the center of the ball hits the target at or above the specified height.
• If the ball hits low or does not hit the wall, it is a “no rep.”

You can find the full movement standards here.

CrossFit HQ hasn’t published an official press release with all scoring adjustments for 20.5 yet. 13 athletes received major and minor penalties for Open workout 20.4.