Find the perfect shoulder exercises for you. 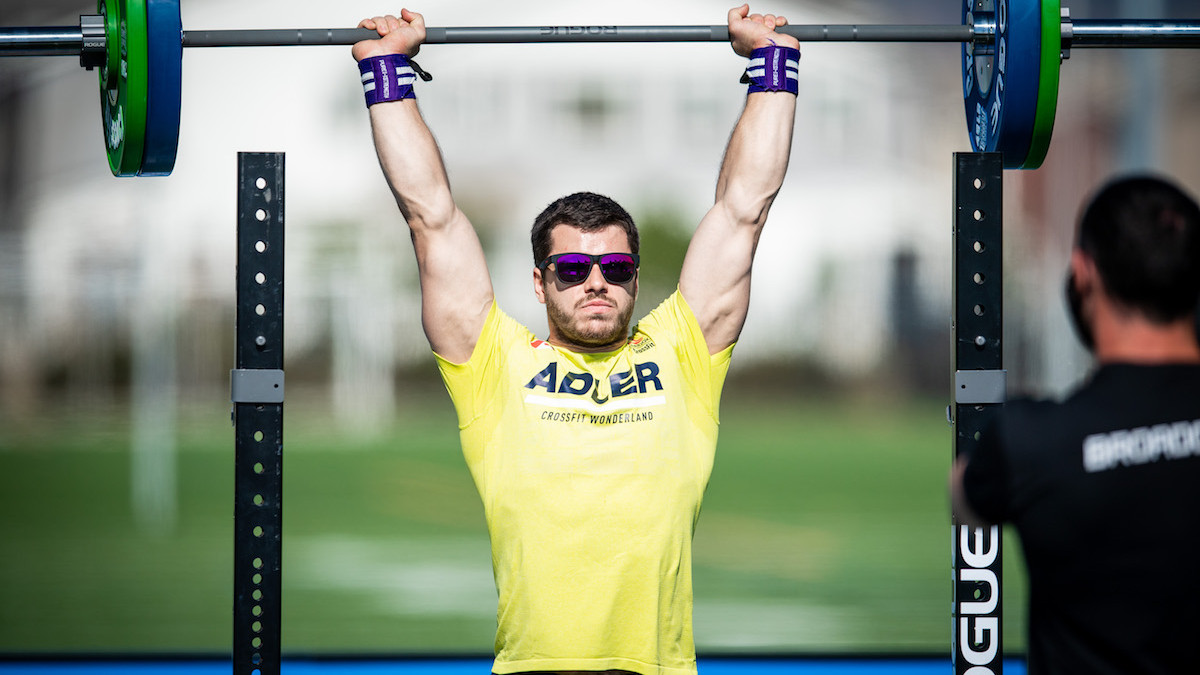 Check out these best vs worst shoulder exercises tested by science.

They have been analysed and ranked by Jeremy Ethier in this interesting experiment.

“Betty and I are back. She’s a $12,000 science machine that’ll help us determine which of these 17 shoulder exercises are the best and which are the worst for building big shoulders. I tested these best shoulder exercises on 3 subjects, averaged the data, and found some very interesting insights that align with other research out there. With the results from this experiment, you’ll be able to save literally years of wasted time doing the wrong movements for your body—and finally get those bigger, wider shoulders you’ve been dreaming of. So, without further ado, let’s dive right in and find out what the best shoulder exercises (really) are and then talk about how to use them in your shoulder workouts.”

How Does it Work? What are We Measuring?

“Let’s explain what and then who we’ll be measuring to find out what the best shoulder exercises are. We’re putting sensors on the front, side, and rear delts. But we’re also putting one sensor on the upper traps, you’ll find out why later. As for who we’ll be testing, it’ll be me, Alex, and Raza (yes, again!) What about the wager? Well, we ordered the world’s hottest bowl of noodles. We also got the world’s hottest chip made with the Carolina reaper. And a gummy bear, which comes in at 9,000,000 Scoville. Each of us is going to write down on a piece of paper what we think the top 2 shoulder exercises will end up being for the front, side, and rear parts of the shoulder. The person who gets the most exercises correct still suffers, just not as much. They get to choose who has to eat what. Before testing what’ll give us big shoulders, we had to prep 3 things. First, our estimated “1 rep max” for each exercise.”

“Next, we needed a clean shave to make sure the electrodes stick. Finally, before we could start the first exercise, we had to take our maximum voluntary contraction (MVC) measurements.During the experiment, we did 1 set of 5 reps and then taking at least a 5 minute rest before moving to the next exercise. We also rotated between front delt, side delt, and rear delt exercises to avoid overly fatiguing one region.”

“So, what are the exercises that’ll give us bigger, wider shoulders?

“Let’s start with the front delts. Both winners were overhead shoulder presses, just different variations of them.”

“But for the seated variations, we were actually able to use slightly heavier weight than the standing variations because of the extra stability provided by the bench. The seated versions performed the best. One more thing for the front delts.”

“Although the overhead presses we just talked about will provide significantly more activation on the front delts (71% for me), it’s likely that you’re already working this muscle quite a bit whenever you perform chest exercises. So my recommendation would be to do overhead presses once, maybe twice a week depending on your goals.”

“Now the side delts (i.e., what’ll give us wider shoulders). This took me by complete surprise. The winners ended up being the two standing shoulder presses we tested. But this is all simply because the side delts are helping stabilize the weight up at the chest, which isn’t a powerful stimulus for growth.”

“It’s a case where more activation doesn’t necessarily lead to more growth, one of the limitations of Betty. Taking this into consideration, I’d remove shoulder presses from the top which would now bring the lateral raises to the top of this list. In this experiment, the standard dumbbell lateral raise and the lying incline lateral raise came out on top, with cable lateral raises following closely behind. All of those are great options.”

“Last but not least, the rear delts. The top exercise was the double arm reverse cable fly. With this exercise, by setting the cables high and pulling the arms down and back at a 45 degree angle from the body, it lines up the constant tension from the cable almost perfectly with the rear delts. As for the other rear delt winner, it’s the reverse cable fly, but with one arm and the body positioned sideways to the cable.”

Muscles of the Shoulders

The shoulders are the most mobile joints in the body. They allow us to reach overhead, lift objects above our heads, and shrug our shoulders. The shoulder includes three bones: the clavicle, scapula and humerus. This complex joint is also surrounded by muscles that connect with other parts of your body such as your upper arms and back. These muscles help move your arm into different positions and perform many tasks throughout day-to-day life.

The deltoid muscle is a triangular muscle that originates from the acromion, spine of the scapula, and lateral third of the clavicle. It inserts into the deltoid tuberosity at its angle. The deltoid abducts and medially rotates your arm.

The supraspinatus is a small triangular muscle that forms the upper part of the back of your shoulder joint. It is a rotator cuff muscle and is involved in stabilizing your arm when it moves around your body, as when you reach over to grab something or lift something heavy. The supraspinatus also helps raise your arm up toward your head when you are sitting or standing upright.

The teres minor originates on the lateral third of the inferior border of the scapula. It inserts at the medial lip of the glenoid cavity, and it rotates and retracts your arm. The blood supply comes from a branch of the axillary artery, which is a branch off of your brachial artery (that runs up your arm).

The nerve supply is via branches coming off of three nerves:

The subscapularis is a muscle of the upper arm that originates at the lesser tuberosity of the humerus and inserts into a portion of the glenoid labrum. It acts to internally rotate, adduct, and medially flex the shoulder joint. The innervation is provided by branches of its own nerve (subscapular nerve) as well as by contributions from other muscles in this region, including teres major and latissimus dorsi.

Innervation: The subscapularis is innervated by branches of its own nerve (subscapular nerve). It also receives contributions from other nerves such as those from latissimus dorsi or pectoralis major muscles which form part of rotator cuff apparatus with this muscle

The suprascapular nerve is a branch of the axillary nerve. The axillary nerve, in turn, branches off of the upper trunk of the brachial plexus in your neck at C5-T1 and travels down your arm through a tunnel called the cubital fossa (also known as Guyon’s canal). When this nerve reaches its endpoint in your arm, it splits into several different nerves including:

The long head of triceps brachii originates from the posterior surface of the humerus where it is continuous with the lateral head. The long head inserts on the olecranon process of ulna, just below the coronoid process and above its transverse groove.

Long head flexion and extension at elbow joint, as well as internal rotation at forearm

The infraspinous fossa is located on the posterior (back) surface of your scapula. It’s directly below your spine and overlaps with your lower trapezius muscle, which then attaches to your shoulder blade.

The infraspinous fossa acts as a place for certain muscles to attach to your shoulder blade, allowing them to move it around or hold it in place when you need stability during movement.

These muscles that attach here include:

The rhomboid major is a muscle that extends from the lower border of the scapula to the medial border of the scapula. It rotates and draws down the scapula, causing it to rotate inward at an angle. This muscle’s action helps keep your shoulder in place when you’re lifting things with your arms (as in performing pushups, or while carrying groceries).

The levator scapulae is a muscle that connects the dorsal spine of the scapula to the upper cervical vertebrae. It is innervated by nerve roots C5 and C6.

The supraspinatus originates on your supraspinatus fossa (a depression in your shoulder blade) and inserts on your mid-upper arm bone, or humerus. It helps to lift your arm backward.

Muscles of the Shoulders

The deltoid is a muscle that covers the shoulder joint, and is divided into three parts: anterior (front), lateral (side) and posterior (back). The deltoid originates on the clavicle, scapula and humerus. Its insertion point is at the acromion process of the scapula; when it contracts it helps to abduct or elevate your arm.

The pectoralis major muscle is located in front of your chest under your armpit; it’s responsible for elevating your arm toward your head as well as rotating it outwardly away from you. Your chest muscles are also involved in flexing your upper arms at the elbow joint when they contract simultaneously with other muscles in this region such as triceps brachii, which extends them backward along with other smaller groups called anconeus & biceps brachii.

The shoulder is a complex joint that is prone to injury. It’s important to keep your shoulders healthy by exercising and practicing good posture. A proper warm-up before an exercise routine can help prevent injuries as well as improve performance during workouts.

Use the findings from the experiment above to find the perfect shoulder exercises for you.