Have a look at our top picks for athletes who might earn a CrossFit Games qualifying spot. Who else would you add? 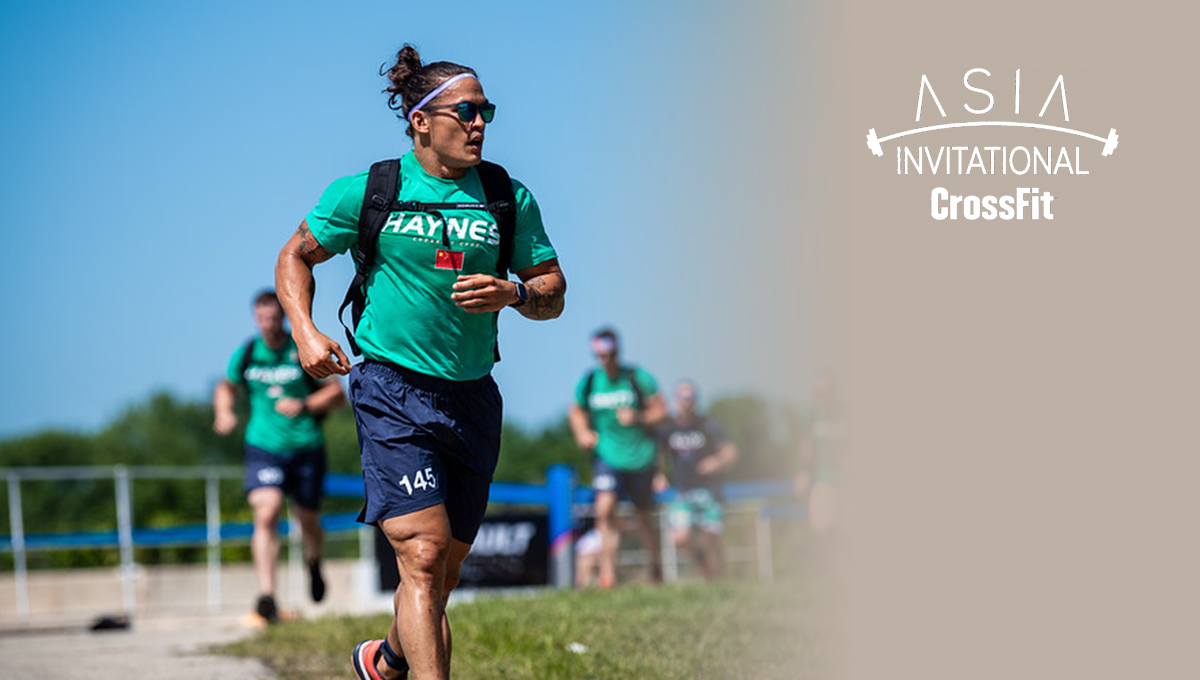 The CrossFit Asia Invitational kicked off today and there’s quite a few exciting athletes hoping to earn a CrossFit Games qualifying spot.

After a weekend of competition, the Semifinal event will determine which two men, two women and two teams will represent the Asian continent at the 2021 CrossFit Games.

The event, running from Friday, June 18 through to Sunday, June 20, will be held virtually due to covid-19 restrictions in the area. There will be three blocks of competition with two workouts to be completed per block, which athletes will tackle from their preferred location.

Top Athletes to Watch at the CrossFit Asia Invitational

The 27-year old athlete isn’t new to the scene, having competed at the Pacific Regional in 2018 with team Redyar and participated in the Asia CrossFit Championship in 2019.

Hailing from Russia, Alexsandra won the Asia Quarterfinals in strong fashion, stacking an event win on Workout 5 and never finishing lower than 11th.

“Online qualifiers always keep me on my toes,” she wrote on Instagram after the Quarterfinals. “I don’t see any rivals, I have to give all the best.”

Aleksandar secured a first place finish in the Asia Quarterfinals after two second-place event finishes in the region.

The Russian athlete competed in the 2018 Europe Regionals as an individual and qualified for the 2019 CrossFit Games as Russia’s National Champion, where he finished 56th.

The 31-year-old won the Dubai CrossFit Championship 2020 Online Challenge, where he competed against top athletes such as Jeffrey Adler and Josh Miller.

Yuko might still be yet to make her CrossFit Games rookie appearance, but the Japanese athlete has got years of experience at the top level of CrossFit under her belt.

The 4-time National Champion has competed at Regionals every year since 2013, and has been referred to as “one of the most consistent athletes in Asia” by CrossFit.

She holds an M.A. in sports medicine and is often regarded as one of the leading coaches on CrossFit in Japan.

The 34-year-old athlete has a good shot at making the 2021 Games after finishing 6th in the Asia Quarterfinals with four top-10 finishes.

The Hong Kong native is an athlete that shouldn’t be overlooked in the Asian region.

Having found CrossFit towards the end of a successful career in Rugby, where he represented Hong Kong on an international stage in Rugby Sevens and Aside Rugby, Ant now trains and coaches at Coastal Fitness.

The 31-year-old has competed at Regionals every year since 2014 and podiumed at the Asia CrossFit Championship Sanctional in 2019. He made his first CrossFit Games appearance in 2019, where he finished 27th, and was bound to return in 2020 before the pandemic meant he had his invite revoked.

At 22-years-old, Seungyeon is one of the younger athletes in the list but she is strong and she is fast.

Seungyeon first participated in the CrossFit Open in 2018, and qualified for the Asia CrossFit Championship Sanctional in 2019, where she finished 14th.

She has steadily been improving every year. Having finished the Asia Quarterfinals in second place, with top-13 finishes throughout all events, the athlete representing the Republic of Korea is looking to secure her first ticket to the CrossFit Games.

Roman is one of the best athletes around.

The 26-year-old took the overall win at the Europe Regional in 2018, beating seasoned athletes such as Björgvin Karl Guðmundsson and Adrian Mundwiler along the way, only to find out he would be unable to compete at the Games because he wasn’t granted a US visa.

His 2019 and 2020 competitive seasons were equally as impressive, with the Russian athlete winning the Italian Showdown Sanctional, finishing second at Ireland’s Filthy 150 and third at a stacked Dubai CrossFit Championship Sanctional.

Once again however, the athlete was denied a US visa and couldn’t compete at the 2019 CrossFit Games.

Regardless, Roman qualified for the Games in 2020 as well and, with the first stage of the event happening online, was able to participate for the first time, finishing 13th.

After a fourth-place Quarterfinals finish, he has good a good shot at qualifying for the Games again.

Born and raised in Dubai, you might remember Emirati athlete Shahad Budebs from the 2019 CrossFit Games where, during event 1, she ran back into the North Park after a 400m run ahead of all women and finished a legless rope climb as if it was nobody’s business.

The 26-year-old has participated in the Open since 2017, qualified for the 2019 Games as the UAE’s National Champion, and is determined to make it back.

Another prominent Russian athlete, Stas has already qualified for the 2021 Games as a Masters athlete (35-39 Age Group).

Having finished 5th at the Asia Quarterfinals and beat every other man in Russia during the Open however, he is also looking to qualify as an Individual.

He’s got good chances, having finished 13th worldwide after the Open and picking up a runner-up finish in 21.2.

How to watch the CrossFit Asia Invitational Semifinal

Given that the Semifinal will take place in a virtual format there won’t be a livestream of the event.

However, CrossFit is planning on releasing daily highlights and fantasy matchups between top athletes on games.crossfit.com as well as social media.

There are two more Semifinals going on this weekend: the Atlas Games and the West Coast Classic.

This is the last set of CrossFit Semifinals for 2021. The last two athletes to qualify for the 2021 CrossFit Games will be determined during the Last Chance Qualifier.