8 Lessons Learned From My First Half-Marathon

This is what you can expect the first time you go for a long-distance run. 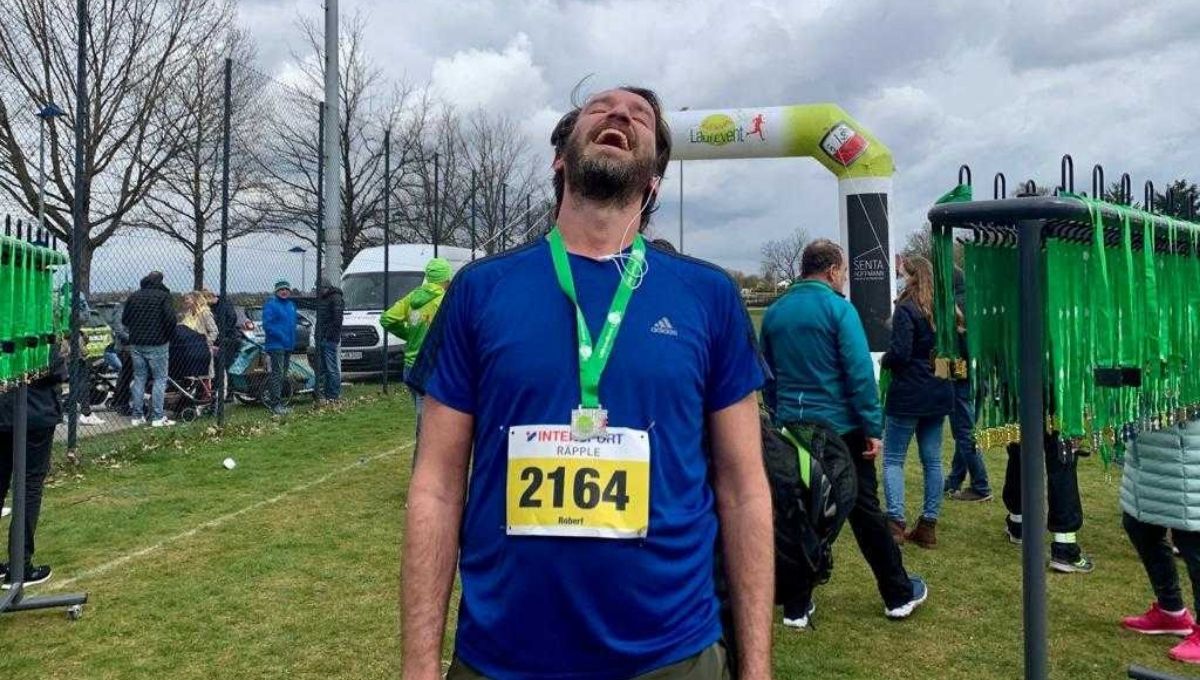 As it is common, I set myself a new year’s resolution to get in better shape. To make it more specific, I told myself I would run my first half-marathon ever. Three months later it happened. Here are 8 lessons I learned from it that will hopefully prepare you better for when your time comes.

A half-marathon might not sound like a lot to some people, depending on your circle of friends. Sure, some people run ultra-marathons twice a year and consider 17 kilometres a thing you do every weekend, like our editor Caro Kyllmann. However, that is far from my reality.

Although I have always been an avid athlete, my focus was usually on team sports – give me a ball, whether a basketball or football (soccer) and you got yourself a very good team member. I also got my share of medals at my high school Olympics in the 100-metre dash, but when someone asked me to compete in the 800-metre run I came in dead last.

So I decided to change things up and got into my head that I would run my first half-marathon. Here is how it all played out and what I’ve learned from it.

The Weeks Leading to the Half-Marathon

It only becomes real when you actually sign-up for a half-marathon. Sure, you can run the 21.1 kilometres on your own at a park, but the atmosphere and energy you get when running side-by-side with people who are there to conquer the same goal as you are difficult to put a price on – in my case, it was a 20 Euro sign-up fee.

After signing up for your first half-marathon, you need to start working toward finishing that race straight away. And the best thing you can do is to buy yourself larger shoes. I bought new shoes for the run but turns out you need to buy slightly larger than what you are used to because, well, your feet will get swollen and you might be kicking the inside of your shoes during the 2+ hours of the run.

My problem was that I didn’t give myself enough time to prepare for the half-marathon. Sure, I bought the shoes and downloaded an app to track my new running routine (Strava in my case), but I only had about 2 months until the day of the race – I also travelled twice during those 2 months which destroyed my running routine and eating habit. I am probably the only person in the world who gained weight while training for his first half-marathon.

So all things considered I had about 3 weeks of actual training for the long-distance run. I decided to run every two days, to give myself a full day of recovery, especially because I am not used to running for longer periods.

And this is what you need to focus on more than anything: train, train, and train some more. The more you can mimic what you probably will experience at your half-marathon, the better prepared you will be. My half-marathon had a 400-metre altitude difference, with a 3-kilometre distance going up non-stop – I tried to train for it by running up a mountain close to my house.

The biggest problem I had with my training is that I never pushed my limits when practising for my first half-marathon. On my tracking app, before competition day, the longest I managed to run was a lousy 11 kilometres. A half-marathon is 21.1 kilometres, so during my preparation time, I ran roughly half of what I was supposed to run when the day came. Not ideal.

Another thing I’ve learned from my first half-marathon is that you should keep your nutrition consistent throughout. Since I gained weight due to my vacation days leading up to the race, I tried my best to cut down on calories and lose weight thinking that with a leaner bodyweight I would have to carry less when running. While that is true, the fact that I tried to cut down weight too fast made me weak on the days leading to the race. Don’t do that. Prioritise getting stronger if you are out of time by running for longer distances.

The Day Before My First Half-Marathon

The day before your first half-marathon you should not do anything special or different. But above all, don’t go for another run thinking that it will give you an edge or superpowers ahead of the competition. You could get injured and postpone your objective.

There is one thing you might consider changing, however. I was in a cutting mindset when it comes to nutrition leading up to the race, but the day before I loaded up with as many carbs as I could to give me energy for the next day. This was sure to inject my body with unprecedented levels of glycogen before having to run 21 kilometres.

On the other hand, if you do eat substantially more calories the day before, make sure you go to the toilet too. Sure, I went to pee before the race – a must for everyone – but it was during the last 30 minutes of the race that I felt my dinner the day before pushing down my stomach. Not a great feeling.

Perhaps it was because I didn’t prepare enough in terms of running something close to 21 kilometres before my first half-marathon, but what I found most interesting during the run is that it was not a physical challenge in the end, but rather a mental one. What do I mean by that?

As soon as I hit the 11-kilometre mark, my head began telling me “anything that happens from here on out is completely new and out of my comfort zone.”

If my feet began aching, or my breathing was off somehow, I told myself that it was because I wasn’t used to this long-distance running and my head would just begin doubting if I was capable of finishing at all.

Another thing I’ve learned from my first half-marathon was that you must not pace yourself according to the people around you. Everybody has a different pace and, at first, I thought I could keep up with one or another athlete who was also running there, but in the end, I either overtook those athletes or, more likely, saw the back of their torso disappear in the distant.

If you try to keep up with someone faster than you, chances are that you won’t be feeling well at the end of the race. If you try to do the same with someone too slow for you, you will feel guilty for not pushing hard enough. The best thing is to focus on your breathing, pace and never stop running (or walking if it is too steep at some point).

First of all, it is great if you can get someone to support you along the way. My fiancé was there and made so much noise in the last 100 metres that once I finished the race, I forgot how much I was physically drained.

Although I mentioned this was mostly a mental game, it will hurt you in ways you didn’t think it could. Remember when I said you should buy bigger shoes? My shoes were not tight, but by the end of the race, I had two black nails that in the coming weeks will most likely fall off completely.

For the next three days I could barely walk and it took me a good full week before I walked without complaining about my ankles or quads.

But in the end, it was all worth it.

To sum it all up, here are the 8 lessons I learned from my first half-marathon:

Are you sure you still want to run your first half-marathon? Of course! I am aiming to run a second one this year again. They call it runner’s amnesia when you curse every day before your race because of how hard it is, and as soon as you finish you want to do it all over again.

Read More: How to Build Endurance for Running – The Best Guide for Athletes