Omani National Champion Pasent Medhat On Her Experience at the Games 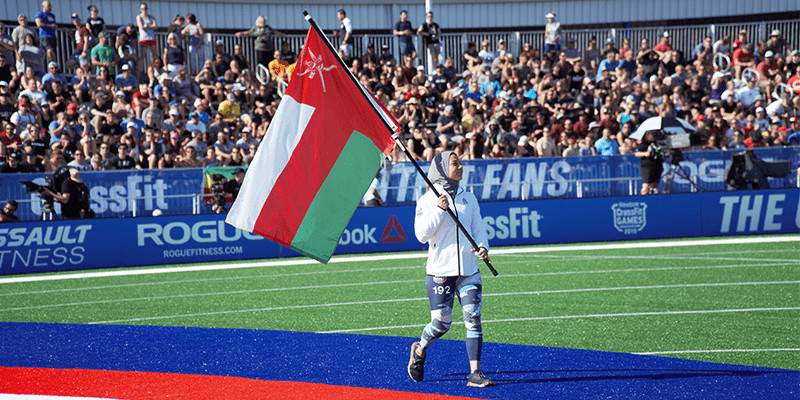 Pasent Medhat went into the Games hoping to inspire others to try harder. Representing a woman from the Arab world, she hoped to be the first example of what’s possible if people aren’t scared to try, to give it a go and give it their all.

The first time we talked, her honest desire to learn more made a huge impact on me. It was the enthusiasm, passion and earnestness in her voice when she talked about learning to ride a bike and improving her swimming. Pasent’s positivity is contagious.

“It’s been an amazing experience to be at the Games and down the field,” she told BOXROX when we caught up with her in Madison. “Once they announced the cuts […] the main goal was to just pass the cut.”

The Omani National Champion finished the Games ranked 83rd, unfortunately missing the first cut. “I was not nervous about the run, I was not nervous about the rope climbs because I do that a lot, in the same weather that the workout has been in. It’s too hot, it’s too sunny and I intentionally do that back home, in the sun, the same kind of workout.

The Fittest woman in Oman breaks down stereotypes; like any other Games athlete, she’s dedicated, capable and strong. “None of the girls were okay lifting weight and getting muscle and wanting to lift heavy, but CrossFit made us want to lift heavy and look muscular and be happy about it,” she told BOXROX on a pre-Games interview when we asked her about training back home.

Pasent learnt to ride a bike and improved her swimming specifically for the Games. She’s still happy she worked to better her skills even if they weren’t tested this time around: “that will not stop there, other competitions will come throughout the season. Next year who knows what the first workout is going to be, so it’ll definitely come in handy,” she said.

Being at the Games inspired Pasent to be better; one day after her appearance at the Games she was already thinking about training for the upcoming season.