Here is how it all went down in Miami. 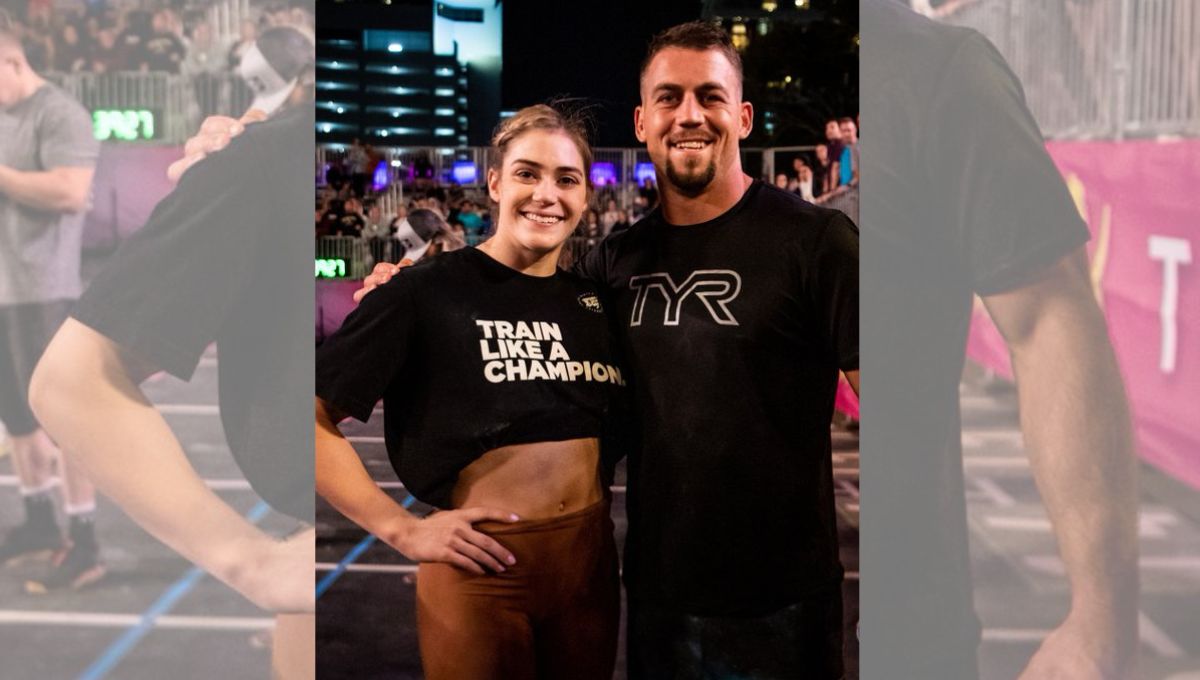 The 2023 CrossFit season unofficially began with the Wodapalooza in Miami this past weekend. This was the first major CrossFit tournament of the year and it might show what to expect in the following months. In the individual division, Paige Powers and Ricky Garard came out as champions, while in the team category, Canadian PB&J and Team BPN were victorious.

The 2023 Wodapalooza took place on 12-15 January in Miami. Days 12 and 13 were events programmed exclusively for individual athletes. On Saturday and Sunday we saw the showdown of teams competing again one another.

After the first day of competition, Emily Rolfe looked strong to win in Miami. However, in event 6, the Canadian athlete suffered a level 1 calf tear and had to finish the workout earlier. She still competed in the next two events, though she quickly fell from podium position. And who took advantage of that?

Paige Powers. Remember that name. The 19-year-old American athlete classified for her first individual Games in 2022 and has now made a name for herself in Miami. Not only was she well rounded (only one event placed outside of the top 10), but she also finished with a bang winning events 5 and 6 and placing 3rd at the very last one to claim the crown.

Dani Speegle was the only contender that could have taken over Powers place. After the swim event, she was one point behind the leader.

The last two events decided who finished on the podium. Speegle crushed through workout 8, with Cary finishing strong while Michalyshen lost her chance on the podium after finishing 10th in the last event.

Check out the entire leaderboard here.

Ricky Garard and Roman Khrennikov might be the new CrossFit rivalry. Without the Fittest on Earth Justin Medeiros competing this weekend, it was up to the two of them to see who would come out on top.

Although at the Games last year Khrennikov edged out Garard on the podium, in Miami it was the Australian athlete who won overall.

A very close battle that was only decided in the last event. Khrennikov won events 5 and 6 with Garard in 2nd on both of them, right on his heels. It was Dirty Isabel that put the crown on Garard’s head as he finished 6th while Khrennikov was 9th in the event.

Pat Vellner, the only athlete to win Wodapalooza, had to contend with 3rd placement overall on Friday evening. Although consistent in many events – 5 events within the top 5 – events 4A and 5 made the point gap wider compared to Khrennikov and Garard.

You can check the full official leaderboard here.

When everyone said the team’s division this year at Wodapalooza was going to be interesting, nobody expected to have a technical tie after 7 events, but that is exactly what we got.

Team BPN had Laura Horvath, Jamie Simmonds and Gabriela Migala and everyone was expecting Kathrin Davidsdottir, Annie Thorisdottir and Mal O’Brien from The Dottirs ft. MOB to do a big showdown.

In the end, BPN finished on top due to winning two events in the competition while the Dottirs ft. MOB won just one event, which was exactly the last one giving the fans their money’s worth.

We previously wrote for people to keep an eye on Canadian PB&J. Heck, we even said that should be the name of the team before they announced it.

Pat Vellner, Brent Fikowski and Jeff Adler showed what Canadian strength looks like and dusted the opposition, kind of. They didn’t win a single event this weekend, but managed to stay 29 points ahead of Roman Khrennikov, Willy Georges and Jay Crouch from Team GOWOD.

The Boyz, with Chandler Smith, Travis Mayer and Noah Ohlsen, won last year the Wodapalooza but didn’t manage to do it again this time. That is how fierce the competition was this year.

Malheiros and Sigmundsdottir Stand Out

Although they didn’t finish within the top 5 in the leaderboard, Wodapalooza was a memorable tournament for Brazilian Guilherme Malheiros and Icelandic powerhouse Sara Sigmundsdottir.

Malheiros broke the CrossFit competition record of Clean & Jerk in Miami. He lifted a jaw-dropping 395lbs (180 kg). The previous record was 387 set by Tola Morakinyo in 2017 at the Games; Jake Douglas also hit it in 2019.

Sara Sigmundsdottir has told us about her epic comeback and this might be the beginning of it. The Icelandic powerhouse was once considered one of the best female athletes in the Sport, but has lost some of her momentum due to injuries that took her out, most recently in 2021 when she did ACL surgery.

In Miami, she managed to stay healthy and finished 6th overall, three points behind Emma Tall. Her best placement in the events was 3rd place on Back to the Future (event 2).