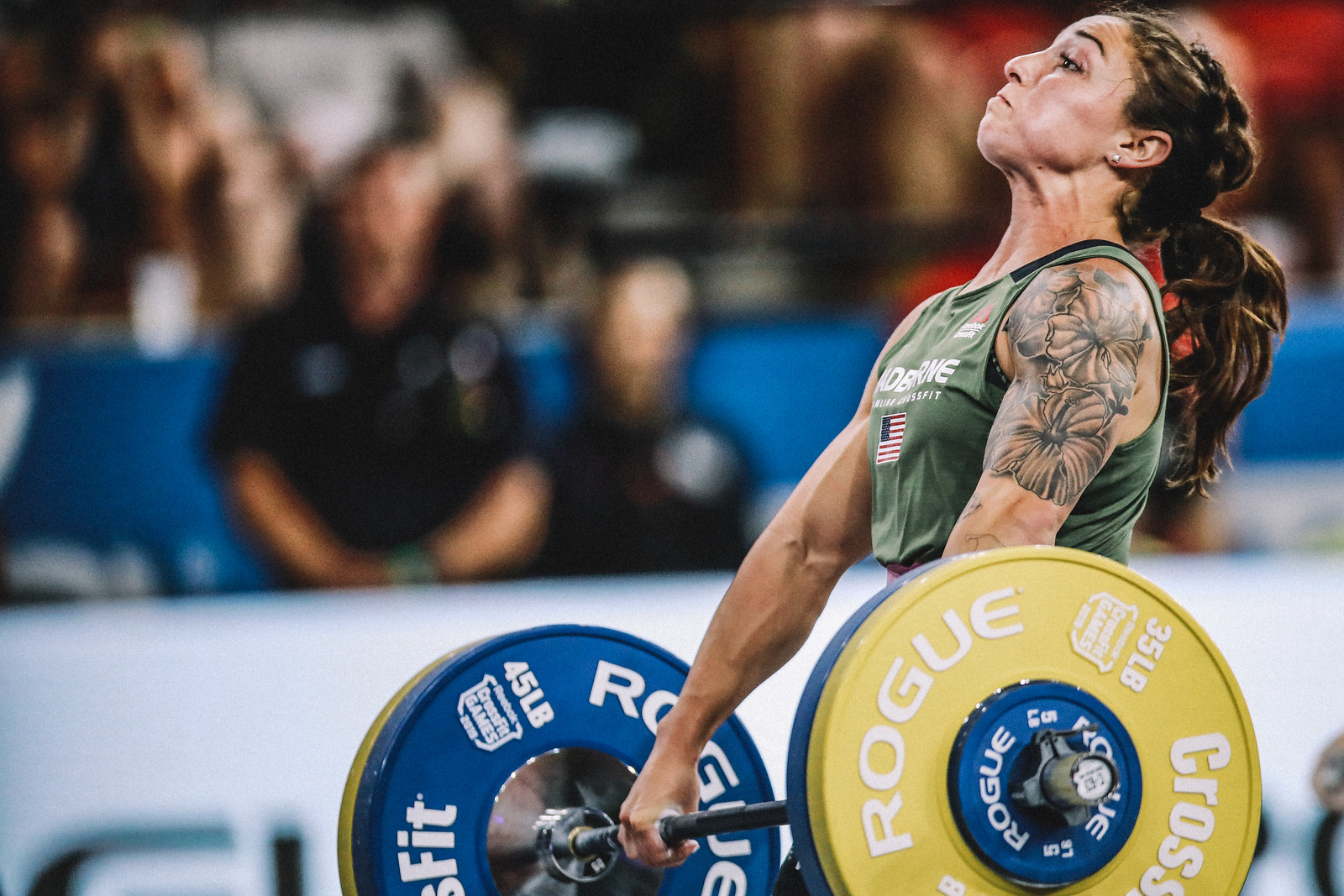 Learn all about the benefits of the power clean exercise and find out why this movement should be used in your training.

The Power Clean is a compound exercise that builds muscle mass and improves power throughout the body.

It’s an excellent tool for developing proper coordination of the pull and teaches athletes to effectively apply force. This powerful move also improves speed and strength by forcing the athlete to exert maximum effort through a full range of motion.

1. Benefits of the Power Clean Exercise – Improves Power throughout the Body

The power clean is a compound exercise that works multiple muscle groups at once. This means that it builds strength and power in several ways with every repetition, making it highly effective for building overall explosiveness.

The power clean is also a full body exercise, meaning it engages the upper and lower body while improving coordination and balance at the same time.

The complex nature of this lift requires great deal of coordination between different muscle groups including:

The power clean is a full body exercise that requires coordination of all muscle groups, especially those in the posterior chain (glutes and hamstrings). The exercise requires good grip strength, posture and balance, as well as proper technique.

The exercise teaches athletes the ability to turn on a gigantic amount of explosive power. This is a great skill for all lifting and for many other sports.

3. Benefits of the Power Clean Exercise – Teaches Proper Coordination of the Pull

The pull is the most important part of the power clean, as it’s what allows you to get under the bar and catch it in a good position. The pull also teaches proper coordination.

If you haven’t done much Olympic lifting, then this might sound like another lesson in abstract theory—but in reality it’s not nearly so complicated. You see, while there are similarities between squat cleans and power cleans (namely that they both involve squatting under a heavy object), there are also key differences:

The power clean is an exercise that builds muscle mass in your upper body, lower body and core.

The power clean targets the muscles in your back, shoulders, arms and entire posterior chain.

The movement of catching the barbell as you drop works these muscles through their full range of motion. This helps to build muscle mass while also preventing injury to these areas during other exercises that involve heavy lifting or explosive movements.

Power cleans are a compound exercise that involves the use of many muscle groups.

The power clean works muscles in the legs, hips, back and arms. This is because to lift heavy weights during a power clean, you need to create great force with your legs and hips while lifting the weight at the same time.

Because this is such a complex movement involving multiple muscle groups at once, it’s one of the best ways to build strength in all parts of your body.

The power clean is a great exercise for speed, and in this regard, it builds muscle mass, which in turn helps to increase power and speed.

Furthermore, the power clean develops strength, and this can help to increase speed as well. Additionally, because it’s a full body exercise that works both your lower and upper body at the same time.

Muscles of the posterior chain

The posterior chain is a large collection of muscles that run along the backside of your body. This group includes all the muscles on the back of your torso, as well as some in your legs and hips.

These muscles play an important role in supporting your spine and pelvis and helping with movement—especially bending forward, backward, and sideways. Many exercises use these muscles, including deadlifts and squats (which we’ll discuss more below).

The gluteus maximus is a large muscle of the posterior chain. It lies deep to the gluteus medius and acts to extend, adduct and laterally rotate the hip joint.

The gluteus medius is another muscle of the posterior chain, lying deep to both gluteal muscles. It originates from two areas on each side of your pelvis (outer surface) and inserts into an area on your femur (inner thigh). It acts to abduct, externally rotate and stabilize your hip joint when you walk or run

The gluteus medius is a triangular muscle that lies deep to the gluteus maximus and external intercostals. It originates from the outer surface of the ilium, just below the crest of the ilium, and from part of the posterior sacroiliac ligaments (sacrotuberous and sacrospinous ligaments).

It inserts into the lateral surface of shaft of femur via an aponeurosis, where it blends with other lower limb muscles to form an aponeurosis called iliotibial tract.

The gluteus minimus is the smallest of the three gluteal muscles. It originates from both sides of the ilium, sacrum and coccyx to insert into the iliotibial band and fascia latae. The fibers run parallel to those of gluteus medius but are more superficial.

The muscle assists with hip flexion, abduction, internal rotation as well as extension when acting alone. When acting together with medius and maximus it abducts and rotates femur externally while extending it during walking or running activities.

The piriformis originates from the anterior surface of the sacrum and attaches to the greater trochanter of the femur.

It’s innervated by the sciatic nerve, which also supplies sensation to your gluteus maximus muscle and lower back. The piriformis rotates your thigh laterally (toes out) and laterally flexes your hip joint when you bend forward or cross one leg over another during sports activities like running, walking, jumping rope or lifting weights.

The tensor fasciae latae (TFL) is a muscle of the hip region. It is located on the lateral side of the thigh, deep to the gluteus medius and superficial to the gluteus maximus. The TFL originates from two heads—an anterior head and a posterior head—and inserts into fascia lata together with its tendon.

The main function of this muscle is to flex, abduct and internally rotate your hip joint.

The hamstrings are the muscles on the back of your thigh. They are responsible for knee flexion and hip extension.

The main function of the hamstrings is to bend the knee, which is important for running and jumping, but they also play a role in hip flexion (bending forward at the waist) and extension (straightening out).

When the hamstrings are tight, they can cause lower back pain due to increased tension in the pelvis area and decreased mobility through that region of your body.

The adductor magnus is the largest of the adductor muscles. It originates on the pubic bone, inferior ramus of the pubis, and pectineal line.

It inserts on the linea aspera of the femur. The fibres ascend obliquely to be inserted into a groove behind the greater trochanter.

The Quadratus Femoris is the most posterior of the hip extensors. Its origin and insertion are both located on the superior part of the lateral surface of the iliac crest, meaning that this muscle is strongest when you’re standing up straight with your arms at your sides and your back flat (i.e., not arched or rounded).

As such, it’s an important muscle for everyday activities like walking or running—especially in older adults who may have lost some anterior pelvic tilt due to natural aging effects or due to pregnancy/birth.

The Quadratus Femoris also works to prevent hyperextension in front of your body, which can happen if you sit too long with your legs crossed over one another (e.g., while driving).

It’s important to note that excessive muscle tone—or hypertonicity—is not necessarily a good thing; having excess tension can cause pain as well as other health issues.

The obturator externus is a deep muscle that originates from the lateral wall of the pelvis and extends along its medial border. It inserts into the greater trochanter of the femur, posterior to it.

The obturator externus has two actions: abduction and external rotation. The ischial tuberosity assists in adduction and internal rotation; simultaneously, this rotational force is counteracted by the gluteus maximus through its insertion on the sacrum.

Injury risk factors include excessive strain (such as when squatting or deadlifting) or repetitive motion (such as cycling).

The gemellus superior and inferior are two muscles located deep to the gluteus maximus. They are responsible for hip abduction and external rotation.

Their innervation comes from the obturator nerve, which is a branch of the sciatic nerve (the longest nerve in the body). The gemelli contribute significantly to knee stability by helping maintain lateral compartment stability during various athletic movements such as squatting, lunging or running downhill.

The quadratus lumborum (QL) is a muscle located on the lower back. It originates along the ribs and attaches via tendons to the vertebrae of the lower back.

In its role as an extensor of your spine, QL works in conjunction with other muscles in this region including erector spinae. In addition, it can aid in lateral flexion of your vertebral column when contracted unilaterally (one side at a time). The latter function is important when lifting objects from behind – say during yardwork or carrying groceries in from the car.

In contrast to erector spinae which tend to be overworked by many people due to poor posture habits such as slouching while sitting at desk jobs or driving cars for long periods at high speeds (while distracted), QL tends not get much attention because it’s difficult for most people to activate voluntarily

The muscles of the posterior chain are important for core stability and hip mobility.

The muscles of the posterior chain are important for core stability and hip mobility. They also help you perform daily tasks, such as walking and running, with ease.

The muscles of the posterior chain include:

It’s important to note that the muscles of the posterior chain are only one part of a complete core. They work together with other core muscles (such as the erector spinae) to provide stability and strength in your lower back and hips. If you’re interested in learning more about how these muscles work together, check out our article on abdominal muscles!

The power clean is a great exercise for developing speed and strength. It can also be used as an alternative for the squat clean, which is another popular exercise that helps develop power.

With all the benefits of this exercise, it’s no wonder why so many athletes use it in their training programs.