After 15 gruelling events at the CrossFit Games, the best athletes have been crowned. 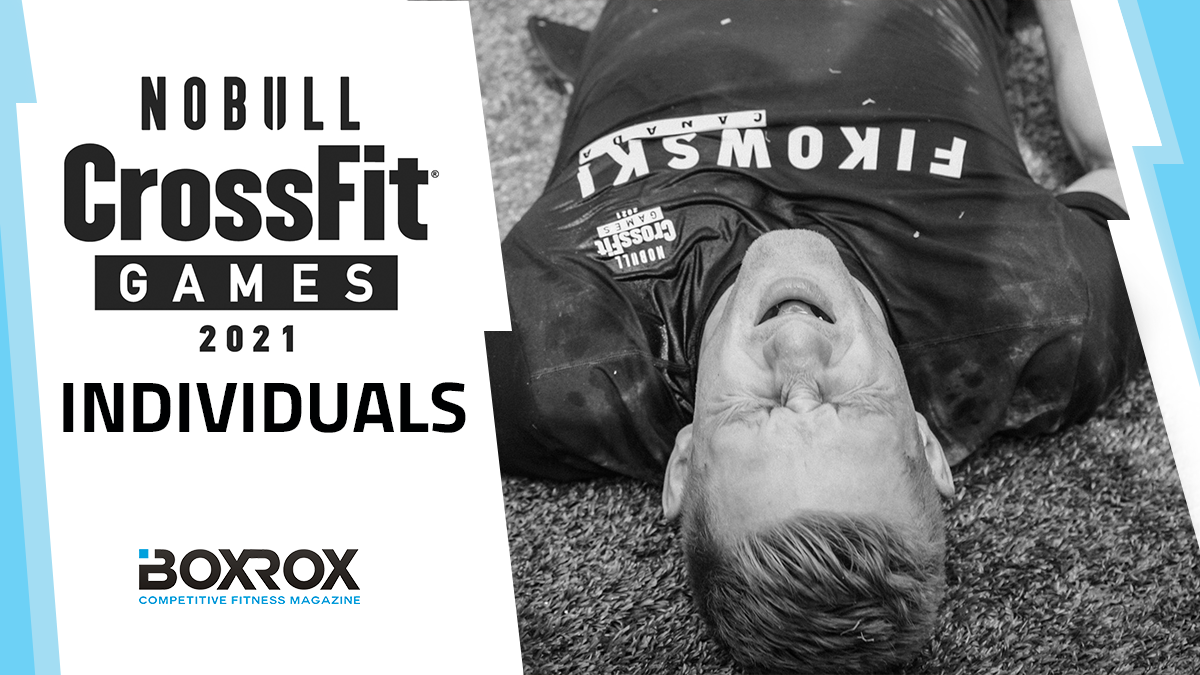 The CrossFit Games have wrapped up and, after 15 gruelling workouts, the Fittest on Earth have been crowned.

The field was cut in half after one event on Saturday and the top 20 athletes battled for the top spots throughout the three workouts programmed for the last day of competition. In addition to the cuts, top athlete Brooke Wells medically withdrew from competition following a dreadful arm injury during the 1-rep max snatch event.

The women’s field was topped by four-time Fittest Woman on Earth Tia-Clair Toomey, who had a lead of over 200 points over Laura Horvath, ranked second, going into Sunday.

The story looked different on the men’s field, which was hotly contested between Justin Medeiros, Patrick Vellner and Brent Fikowski on top, closely chased by Saxon Panchik and Björgvin Karl Guðmundsson.

In the end, Justin Medeiros and Tia-Clair Toomey won the 2021 CrossFit Games.

Athletes faced three workouts on the final day of the CrossFit Games. They included a triplet of GHD sit-ups, cheese curd burpees over a hay bale and a yoke carry; a couplet of heavy deadlifts and freestanding handstand push-ups; and a chipper with rowing, pull-ups and walking lunges.

The male athletes went first and “broke the event,” bringing the yoke almost to the finish line on round 1 already. During testing, no athlete on the testing team managed to get the yoke past the finish line in less than three rounds, according to CrossFit Games commentators Sean Woodland and Chase Ingraham.

Just like the men, some athletes in the women’s field were a few feet short from the finish line after one round. Tia Toomey, Laura Horvath and Annie Thorisdottir were all close to finishing before the first time cap.

Tia-Clair Toomey clearly won the event in 04:39.35 minutes but the race behind her was close; Gabriela Migala edged out Laura Horvath for second, finishing in 04:44.50 and 04:51.54 respectively.

This was the first time in history athletes faced freestanding handstand push-ups and there was a question in the air as to how much of a challenge this would present for all competing.

Noah Ohlsen pulled ahead of the field during heat 1, finishing his second round of deadlifts before anyone else had finished their first round of freestanding handstand push-ups.

The barbell looked like it took its toll on athletes, especially as the reps increased throughout the workout.

Scott Panchik and Noah Ohlsen raced on the final set of handstand push-ups, but Ohlsen took the win for heat 1, with no male athlete finishing the workout within the time cap.

Heat 2 started with Patrick Vellner and Justin Medeiros reaching their second round of deadlifts at the same time. Vellner was the first to reach the third barbell after spending 1:20 minutes performing his handstand push-ups. Medeiros and BKG followed, with Saxon Panchik just behind them.

In an intense chase on the last set of handstand push-ups, Medeiros caught up with Vellner and both athletes went rep by rep for a while, chased by Panchik and BKG. What felt like countless no-reps made for an incredibly close race to the finish, but it would be Vellner finishing first and Medeiros second.

Only those two men finished Individual Event 14 within the time cap.

Tied in third were Saxon Panchik and Noah Ohlsen.

Arielle Loewen, Thuri Helgadottir and Emily Rolfe reached the second barbell first during heat 1 of the female competition, opening an early lead. After the second set of handstand push-ups Rolfe reached the barbell first, followed by Katrin Davidsdottir, but it was Emma McQuaid who took the lead during the last set of deadlifts and started the handstand push-ups first.

Davidsdottir took the lead back during the last set of handstand push-ups and, four reps shy from the finish, took the heat win. No female athlete from heat 1 finished the event within the time cap.

To the delight of the crowd, Annie Thorisdottir took an early lead during heat 2. She was followed by Kristin Holte and Danielle Brandon. The position arrangements behind Thorisdottir changed during the last set of freestanding handstand push-ups, with Tia-Clair Toomey gaining ground on Holte.

Thorisdottir kept the lead throughout the event and took the win in a time of 05:22.12. Holte come in in second place, gaining enough points to tie Thorisdottir for third place in the overall leaderboard.

Toomey was the third woman to finish the event with just under a minute to go. She was followed by Brandon, who also got in before the time cap. No other female athlete finished the event.

Five athletes reached the pull up bar around the same time during heat 1 of the men’s field, all finishing the row together. Travis Mayer took the early lead during the pull-ups, but Scott Panchik started his lunges first.

The crowed loved it, given that Panchik has been an incredibly consistent athlete throughout the years and announced his retirement at the start of these CrossFit Games.

It was a fun race to the finish between Panchik and Mayer during the overhead lunges, with a nail-biting finish as Mayer tripped over the bar having finished his set ahead of Panchik. Both athletes crossed the finish line together, but Mayer’s chip showed him as the heat winner.

Heat 2 decided who became the new Fittest Man on Earth and it was tense from the start.

All athletes reached the pull up bar around the same time, with no one taking a clear lead.

Jonne Koski was the first to reach the barbell, followed by Noah Ohlsen and then Justin Medeiros. The last went straight into the front rack lunges without dropping the barbell to rest, taking the lead with a roaring crowd.

Justin Medeiros tackled half the length of the overhead lunges by himself and, leaving no doubt, became so the new and youngest ever Fittest Man on Earth.

Saxon Panchik secured a second-place finish and was followed by Jonne Koski.

The women’s first heat started with the youngest competitor in the field, Emma Cary, taking an early lead and reaching her barbell first. Following her was Jacqueline Dahlstrom.

The Norwegian athlete took the lead in the front-rack lunges, not taking a rest in between, but Emma Cary started the overhead lunges first. Even with pressure from Katrin Davidsdottir, Cary crossed the finish line first and set the time to beat. Davidsdottir took second in the heat and Dahlstrom third.

In terms of deciding the Fittest Woman on Earth, it didn’t matter who won the final heat of the 2021 CrossFit Games as Tia-Clair Toomey had mathematically already won the CrossFit Games. However, Thorisdottir and Holte came into the event tied in third place.

Toomey was the first to finish the set of pull-ups, followed by Laura Horvath and Haley Adams. Toomey went into the front rack lunges without a break and reached the last stretch first. She continued to shine all the way to the finish line, taking just another event win and her fifth CrossFit Games title.

Horvath finished second and secured so her return to the CrossFit Games podium, having finished 2nd in 2018 as a rookie. In a show of incredible grit, Annie Thorisdottir edged out Adams and, by finishing ahead of Holte, secured the Third Fittest Woman on Earth title.

Having competed at the CrossFit Games 11 times, Annie achieved her 6th CrossFit Games podium with that performance, her last medal a bronze four years ago.

The Icelandic Queen collapsed on the floor afterwards, seemingly unable to believe what she has just achieved.