DAY 2 RECAP – Breakdown and Results from the Brazil CrossFit Championship

Sao Paolo plays host to the Brazilian CrossFit Championship, one of this weekend’s three Sanctionals – with the Down Under CrossFit Championship happening in Australia and the Rogue Invitational in the US – and athletes from eight countries have gathered to battle for the first place.

31 women are competing this weekend, five of them already hold a ticket to the Games. Of the 32 men competing, only Argentina’s and Cape Town’s National Champions, Agustin Richelme and Sean Sweeney, have secured their ticket to Madison, so the invite to the Games from the BCC could go to anyone.

You can watch all the action here.

Mexican athlete Ramirez Villamil took everyone by surprise this weekend; ranked 945th worldwide and 18th in Mexico after the Open, no one was expecting her name to be high up on the leaderboard.

Synchronised snatches, graceful team ropes and anaconda squats – the team events today have been unique and exciting. With events 5 and 6 going back-to-back, athletes were pushed to their limits.

Brazilian Team Vittoria Morereps won the first event of the day, Team Pro1 from Canada the second, and Invictus X, looking for an invitation to the Games after one of their members tested positive for banned PEDs, won the last event.

Have a look at the entire leaderboard

Sean Sweeney won the event outright, but second and third place came in within milliseconds of each other, with Will Moorad finishing in 4:49:940 and Saxon Panchik in 4:49:980.

The women’s event was won by Alison Scudds, followed by Caroline Conners and Carolyne Prevost. 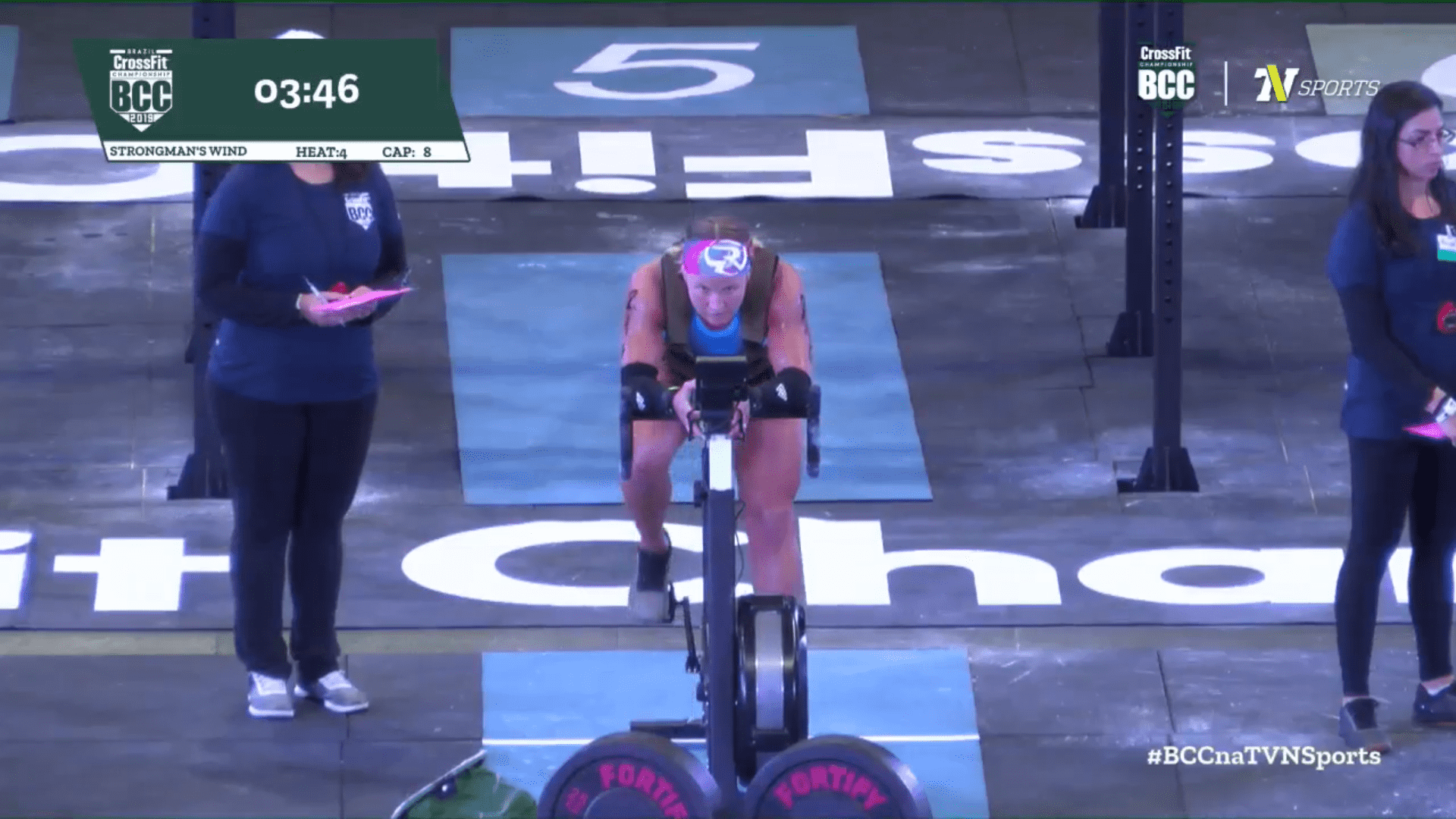 Impressive displays of strength in an event with a very strict time limit, the wins went to Zach Watts and Sasha Nievas.

Event 6: Up and Side Down