Yet another team has been found to be in breach of CrossFit’s Drug Policy and won’t compete at the Games. 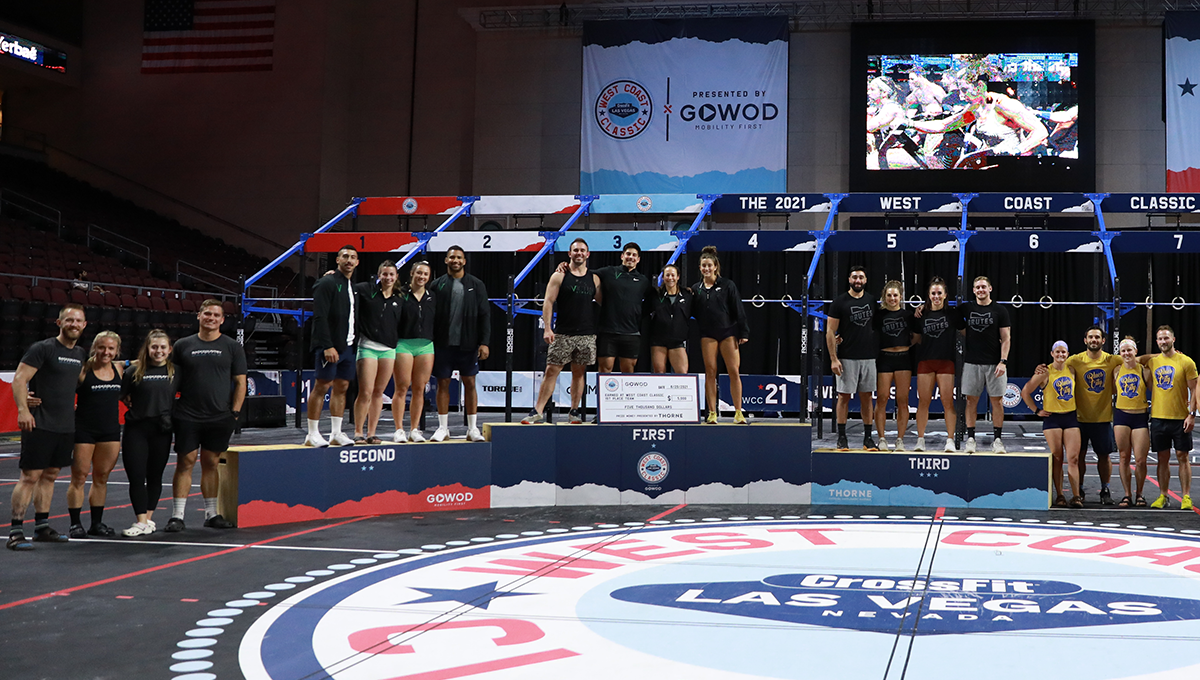 A member of team Invictus Unconquerable tested positive for a banned substance after analysis from their urine sample from the West Coast Classic, CrossFit announced yesterday.

Deshawn Smith, who is appealing the case, tested positive for GW1516 according to his ban announcement. GW1516 is also known as cardarine and endurobol.

This is the fourth CrossFit Games qualifying team found to be in breach of CrossFit’s Drug Policy this season. Just three days ago CrossFit announced team MoveFastLiftHeavy was disqualified following a positive drug test from team member Katie Christian. The team had qualified through the Granite Games Semifinal.

The first team to lose their CrossFit Games qualifying spot this season was team On Track, which competed at the Mid-Atlantic CrossFit Challenge. Janelle Stites (formerly Shafer) is currently facing a doping ban from USADA in the sport of Weightlifting which was recognised by CrossFit. Team CrossFit Reignited Wilmington was invited to compete instead.

Team Invictus Unconquerable finished second at the West Coast Classic behind team Invictus, qualifying so for the CrossFit Games. Their invite has been revoked and offered to team Man Made, who took sixth place at the same Semifinal.

The team was comprised of Alex Bozenhard, Taylor Jo, Devyn Kim and Deshawn Smith. They finished all but one Semifinal events within the top 5 and earnt three event wins.

Just before the doping ban announcement, team member Bozenhard announced he wouldn’t compete at the Games last night as he is leaving for deployment the same week as the Games.

“To say this week has been hell would be an absolute understatement. Haven’t been able to sleep more than a couple hours a night because of this inevitable announcement looming in the darkness. I want to start by saying that in NO way, SHAPE or FORM do I want, nor will I accept ANY sort of pity or sympathy for what I am about to share. I wish to simply say some things that I feel need to be said.

“I will not be competing in the upcoming CrossFit games.

“I will save the details for my official appeal but with that being said; From a urinalysis administered at the west coast classic, metabolites from the SARM GW1516 were found to be in my system. This of course violates CrossFit’s drug policy. Because of this, my team, Invictus Unconquerable as a whole will be disqualified.

“Now, for those of you who know me and have come to know me, work with me, and train with me know that my integrity is beyond reproach. Jeopardizing my team’s opportunity to showcase the hard work we have put in over the last few months is not something I would ever, for a second even consider.

“To CJ and the Invictus family, thank you guys for the support and everything you have done to make this whole experience one that I’ll never forget. Your love and faith in me as an athlete and believing in me enough to let me go out and represent Invictus on this stage is more than I could have ever dreamt of. Thank you. In the same breath, I’m sorry. Sorry for not paying close enough attention to the dangers of contaminated supplements and not being educated enough as to what goes into my body.

“For everyone else who supports me. Comp class, my family, friends, teammates and so many more who have sent me encouraging words just know that I see them and couldn’t be grateful enough that I have people like you in my corner.

“I will not let this situation define me. I am no stranger to adversity and I have yet to face any that I cannot overcome. This will be no different. We live, we learn, and we come back callused and stronger than before. This is not the end and not the last you’ll see of me on the CrossFit stage. I’ll be back, head held high.”

“We at Invictus are extremely disappointed to learn that our Invictus Unconquerable team will not be competing at the CrossFit Games. A member of that team, Deshawn Smith, tested positive for a prohibited substance – GW1516. While we support Deshawn and will support his testing of all supplements he has taken to determine whether it appeared in his system due to contamination, we at Invictus also believe in fair sport and understand the strict liability associated with PEDs in an athlete’s system. I accept full responsibility for not better educating our athletes about the dangers of taking non-NSF certified supplements. I am gutted for his teammates who have made many sacrifices to earn this opportunity, but we will learn from this and create better systems for monitoring which supplements our competitive athletes ingest to ensure that this never happens again.” – C.J. Martin

40 men, women and teams will compete for a chance to be crowned the Fittest on Earth. Also competing for the title will be Teen athletes, the biggest number of Masters divisions and, for the first time, Adaptive athletes.