All You Need to Know About the Glute Ham Raise: How-To, Benefits, Muscles Worked

The glute ham raise is a great exercise that will target your hamstrings like no other. 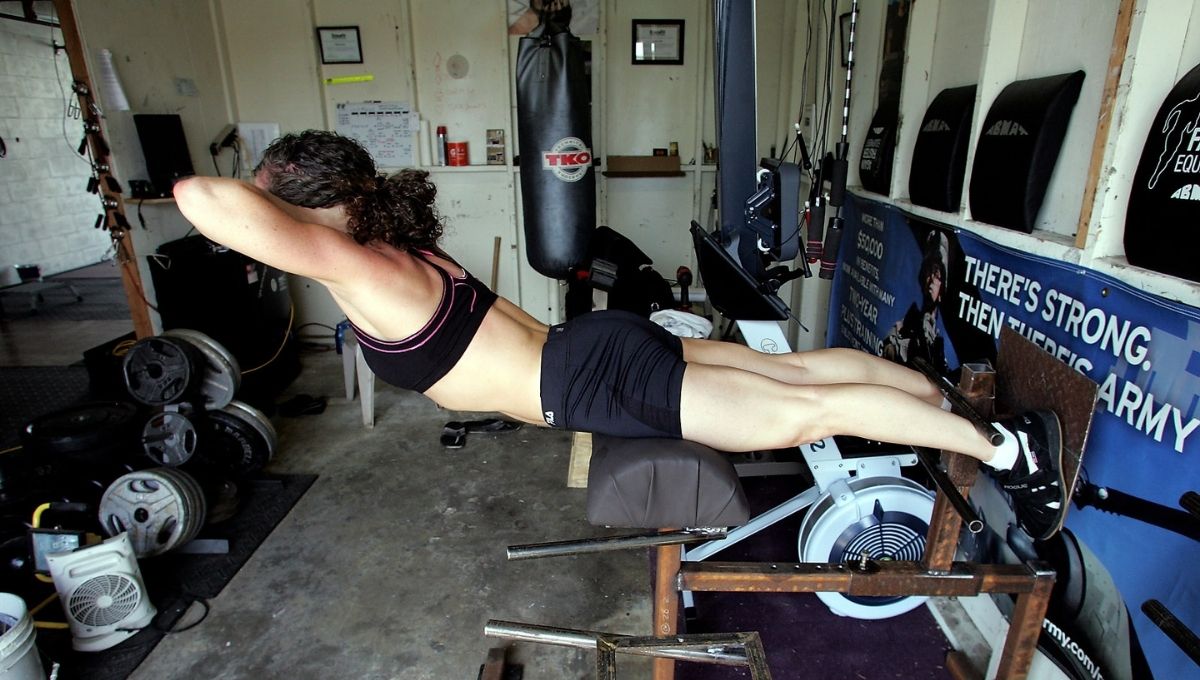 The glute ham raise is an exercise that requires a proper machine to do it perfectly and if there is one at your local gym, chances there is only one as not many people use it. However, you definitely should add the glute ham raise into your routine as it is a great lower body compound exercise.

The glute ham raise is also known as glute ham developer or GHD for short (yes, CrossFitters know this machine very well for a different exercise called the GHD sit-up), or even a less common name such as the glute ham gastric raise.

Although it has the name glutes on the exercise, it is not the best exercise to work on your glutes. There are many other options that will engage your butt better than the glute ham raise, even though you will feel your glutes working a little bit while performing this movement.

In this guide you should learn:

How To Do the Glute Ham Raise

As mentioned earlier, to be able to properly do the glute ham raise, you will need a GHD machine.

Adjust the machine to your body height. Feet should be secured by the pads at the bottom while quads are resting in the middle of the pads of the GHD. You should also be able to lower your torso all the way to the floor, but do not do it.

The glute ham raise is a lower body exercise that focuses primarily on your hamstrings.

Benefits of the Glute Ham Raise

Now that you know the muscles that the glute ham raise works, you should have a faint idea of the benefits it brings.

The common benefit for people in sports is that improving your hamstrings and glutes will help your vertical jump.

Improving your glutes and hamstrings with the glute ham raise will also increase your running speed as those are the main muscles you use when running, although the calves play a significant part in running as well.

Adding glute ham raise exercises to your training routine will also improve your squat and deadlift performance as you will be using this bodyweight exercise as a supplementary movement.

By working your back muscles to keep you stabilised, this exercise when performed for a longer period and correctly will decrease lower back stress without putting too much effort into it. It is great for people coming back from injury or who simply wants to strengthen their back while not risking an injury.

There are not many variations of the glute ham raise. Primarily, it is a straightforward exercise, although you can adjust it to your needs.

If you do not have a GHD machine at home or your disposal, you may lay on the floor and ask for another person to hold on to your ankles while you perform the same movement pattern. You may use your hands to help you push back to the original position.

You may do the same exercise fixing your foot underneath a sofa, for example, and utilising a broom or a stick to help you with your ascending and descending movement.

You may also perform the weighted glute ham raise which is exactly what it sounds like. You can perform the exercise with a weighted vest or holding a barbell place across your chest, for example.

Another way to increase the difficulty of this exercise is by adding resistance bands. It is harder than holding a weight plate, as it will increase resistance the further away from the floor you pull your body.

A harder variation of the glute ham raise is the Nordic hamstring curl, or simply the Nordic curl.

It is similar to the glute ham raise, although you will not use your hands. It is extremely difficult to pull it off.

If you are looking to increase your strength on your legs, read this article.

Perhaps you are leaning towards stronger glutes. Then click here.