Make sure you’re not training in vain by avoiding these mistakes. 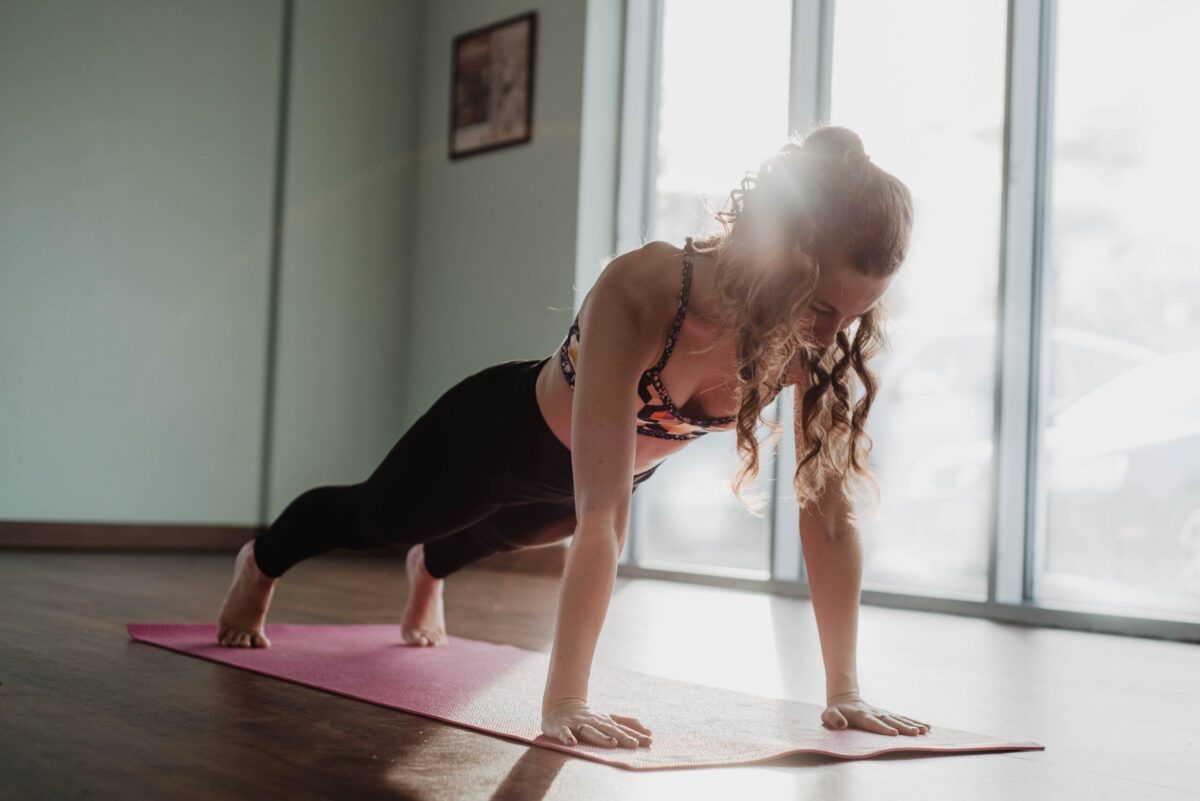 The plank is a popular bodyweight exercise that works your core muscles and overall stability.

It is performed with your body almost parallel to the ground and your forearms and toes supporting the weight of your body, which should form a straight line.

Most people new to fitness can hold a plank from 10 to 20 seconds, with more experienced athletes advancing to being able to hold this position for a couple of minutes at a time. This is impressive at first sight but should not be what you aim for when you consider that, for many, form breaks down very early on.

“The midline stability gain from training this movement will have a big carryover to your strength training,” says Daniel Vadnal, an international calisthenics expert.

“Unfortunately, like most exercises, it’s easy to cheat and, as a result, it reduces the effectiveness of the exercise,” he continues.

Avoiding these common plank mistakes will mean you’re not wasting your time with inefficient training, you’re doing the exercise safely, and you get the biggest strength benefits from the plank hold.

Everyone should aim to master the front plank.

Many people think the longer you hold a plank, the better, but this isn’t necessarily the case, especially when form is poor and effort minimal.

“Working at such low intensity is a waste of time and training with a mindless approach will not create the results that we want,” says Vadnal.

If you’re holding planks for longer than a minute, make sure you correct your technique for every second of that minute. Correcting your technique will increase the intensity of the exercise, meaning you’re unlikely to continue to hold the plank for that long.

An incredibly common plank mistake is to see athletes holding the exercise with an arched back. This will prevent your anterior core muscles to be recruited properly, with your lower back muscles working to stabilise the spine instead.

“This definitely isn’t a useful activation strategy for midline stability when we do our general strength training,” says Vadnal. This small compensation makes the plank feel easier and drops the intensity, he explains.

Tighten your core and ensure your back isn’t round, mimicking the hollow hold. It can be useful to perform planks in front of a mirror or to video yourself to see what’s going on with your lower back.

This is another way to make the plank hold feel easier and simply isn’t the most effective way to train.

Brace your core with a straight body and, just like above, get feedback as to what your midline is up to.

It is common for athletes to hold a plank with flared elbows, but to make the plank more challenging, you should avoid this mistake.

Bring your elbows in, ensuring your forearms are parallel to each other and to your body.

“Shallow breathing doesn’t allow the core muscles to fully activate,” says Vadnal, but this isn’t as efficient as taking full breaths. Because the plank hold is a bracing exercise, you shouldn’t hold your breath for extended periods of time either.

Pay attention to your breathing and take complete, full breaths during your plank sets.

Shrugging your shoulders towards your ears is poor technique and a plank mistake you should fix. Is common for people to have strong upper traps, but you also want to address mid-back strength.

Relax your shoulders and place your elbows right under them.

7 – Excessive hunching of the upper back

Your upper back positioning is important, especially if you spend a lot of time sitting (probably hunched over). This is because planks can help you relax the tension and strengthen the area, but only if you do them right.

Retracting your scapula doesn’t encourage strengthening of the shoulder stabilisers, explains Vadnal. This version of the plank does little to train our weaknesses and make us stronger.

Ensure your scapula isn’t sinking but activating the upper back. The same cues as above apply.

Bent legs reduce full body tension and stability, which in turn makes plank holds less effective. Additionally, this plank mistake has an effect on the upper body, as it encourages the lower back and the shoulders to relax.

“Although it doesn’t seem important, bending the legs has a global impact on the plank form,” says Vadnal.

The second of these lower-body plank mistakes is placing your legs too wide. If you straddle your legs during your plank hold, the place of support is wider, thus making the exercise easier.

Ensure your legs are straight throughout your plank holds and your feet are about hip width apart.

Your head is heavy and thus an important part of the plank hold. Dropping your neck down and resting it on your hands takes away a significant part of the challenge, which makes planks less effective.

It’s the same for athletes who drop their neck and then lift their forehead, in a hunched over position. Out of all plank mistakes, this is the one you see all the time, says Vadnal.

“If you just aim for good technique in the plank, the neck muscles will strengthen overtime,” he continues.

Only hold the plank until your technique begins to break down. Your neck muscles will strengthen automatically but you should be aware of your neck’s position throughout this exercise.

Read more: 17 Best Plank Abs Exercises you can do at Home to Build a Strong and Toned Core

Watch the 10 most common plank mistakes

If you’d like to see a visual representation of these 10 plank mistakes watch the video below:

The correct plank hold techniques are recapped at the end.

Read more: 5 Core and Abdominal Workouts to Strengthen Your Midline