The first day of the Granite Games opened to two record-breaking lifts. 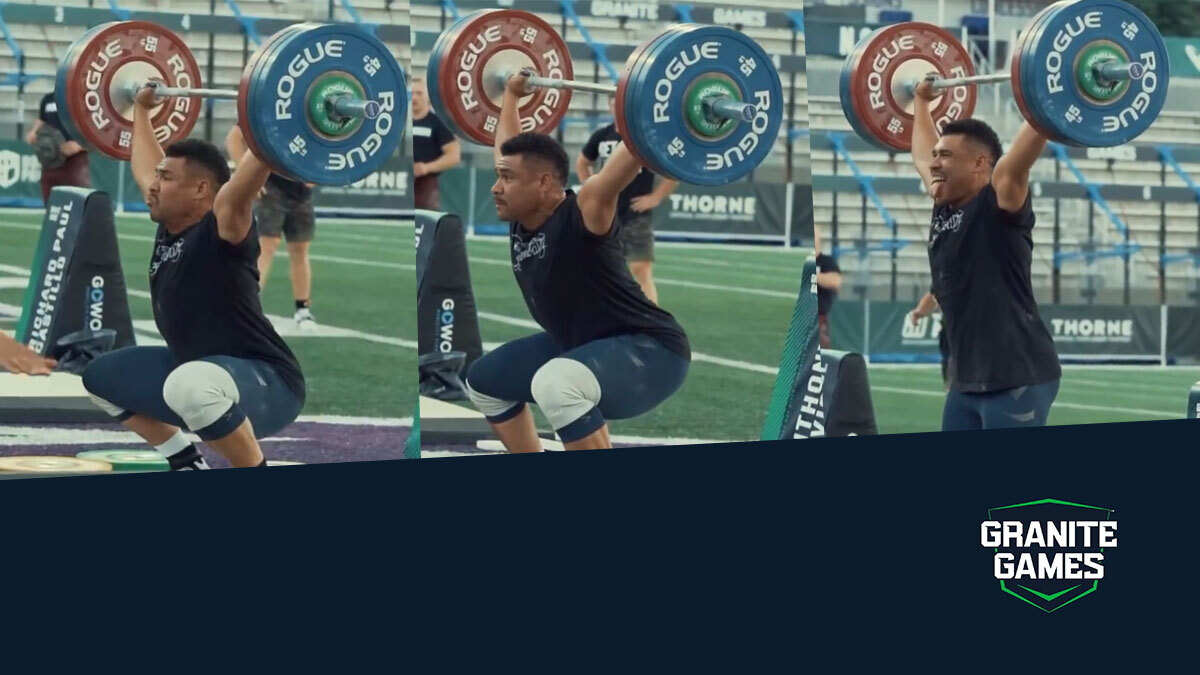 The Granite Games CrossFit Semifinal kicked off on Friday with a big event to open the weekend — a 1 Rep max snatch with a 6-minute time cap.

Following multiple 300lb snatches from the opening event of the Mid-Atlantic CrossFit Challenge the previous weekend, 26-year-old Anthony Davis took to the competition floor and power snatched an unprecedented 340lbs (154.2kg), which sets a new record for live CrossFit competition.

After missing and then hitting his first and second snatch attempts at 295lbs and 315lbs respectively, Davis then lands the record-breaking 340lbs with relative comfort in the last 30 seconds of the 6-minute time cap.

During last weekend’s MACC, several athletes hit record high lifts, with Zach Watts dominating that event with what was (and is) a hugely impressive 310lbs. Davis’ 340lb lift proves that that was not an anomaly.

In the Team’s Division, another record was broken on the same day as Christine Middleton smashed the 257lb clean and jerk record set by Amanda Barnhart in 2019 — hitting a huge 265lbs.

Furthermore, in the Women’s Division, 5 women including 17 year-old Emma Cary snatched 200 pounds, with Nicole Mghenyi winning the event with a 215-pounds lift.

The last time we saw a max rep snatch in the CrossFit competitive season was at Regionals in 2015. That year only two women were able to snatch 200lbs across all eight regions, and none of the men crossed that 300lb mark. The huge lifts showcased by so many athletes in this year’s Semifinals demonstrates the continually rising benchmark expected of all elite athletes year-on-year.