The floor is stacked with some of the best CrossFit athletes. 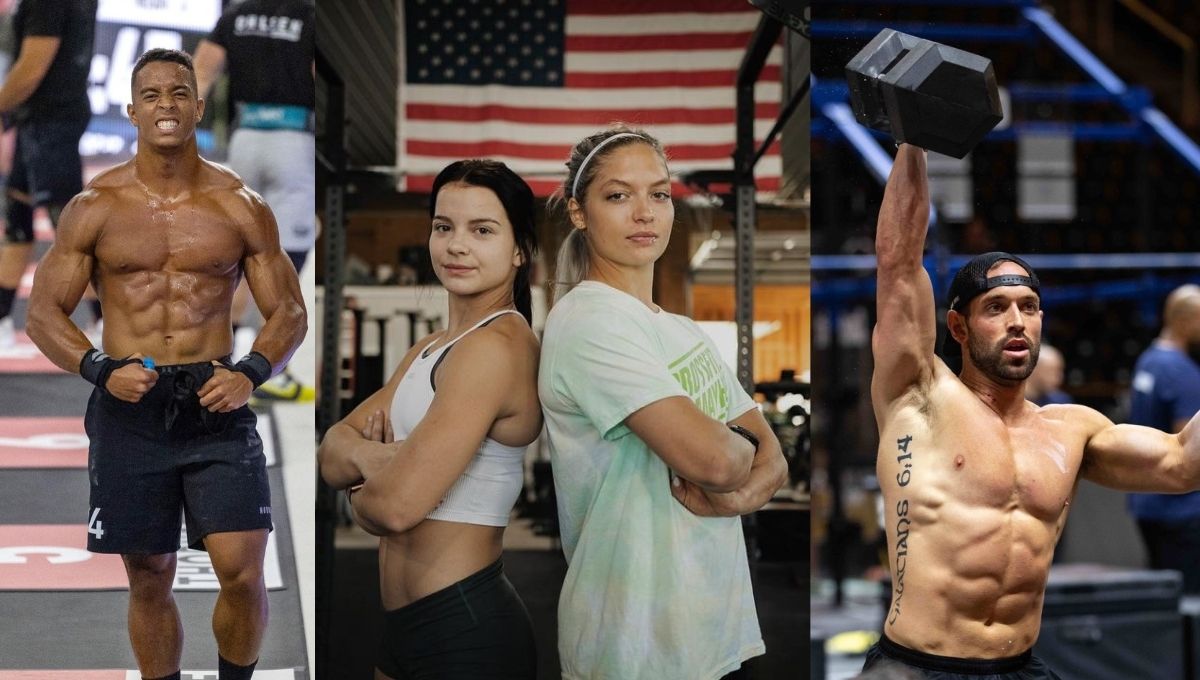 The Rogue Invitational brings together some of the best CrossFit athletes. A total of 20 men and 20 women will compete as elite athletes, but who should you keep a closer eye on?

The Rogue Invitational is one of the most prestigious CrossFit-licensed events of the year and it offers one of the biggest prize purses.

Usually, the fittest on the planet compete head-to-head, providing great entertainment for the entire weekend. The Rogue Invitational will take place in Austin, Texas, between October 29-31.

We have compiled a list of 5 men, 5 women, and 3 CrossFit legends to watch at this year’s Rogue Invitational.

10 Athletes to Watch at the CrossFit Rogue Invitational

It is impossible to leave Justin Medeiros from our list. Last year he took the world by surprise and finished 3rd in his rookie year. This year, he earned the title of Fittest Man on Earth and the spotlight is all over him.

The second Fittest Man on Earth will be looking to get himself on the podium again. In 2020, Pat Vellner finished 1st and on the first edition ever, he finished 2nd behind Mat Fraser.

Björgvin Karl Guðmundsson is one of the most resilient European CrossFit athletes that will be competing this year. This year he was crowned 4th Fittest Man on Earth. Previously he finished 2nd at the Rogue Invitational.

Samuel Kwant was decorated 2nd Fittest Man on Earth in 2020. After Mat Fraser announced his retirement, many people thought it was the chance for Kwant to grab his chance at the title. However, a chronic illness that he was battling since 2017 took the best out of him and he did not compete at the CrossFit Games. The Rogue Invitational will be his biggest fitness test this year.

Anota a placa! Guilherme Malheiros raised a few eyebrows and got all the love he deserved during this year’s CrossFit Games. After finishing 7th and winning the most improved athlete, it will not be a total surprise if he manages to finish on the podium during the Rogue Invitational.

The greatest female CrossFit competitor has confirmed her presence at the Rogue Invitational. Tia-Clair Toomey will be looking to continue her reign as the queen of the tournament. She has won the 1st and 2nd editions so far.

Kari Pearce has recently announced that the Rogue Invitational will be the last time she steps on the competition floor as a CrossFit athlete. The American athlete is a legend and should be interesting to see her last WOD live streaming.

The youngest athlete to have ever won an event at the CrossFit Games is another one you should pay close attention to. Mallory O’Brien got the Rookie of the Year award after finishing 7th in Madison and will be looking to make a statement at the Rogue Invitational.

Annie Thorisdottir almost did not compete at the CrossFit Games a year after giving birth to her daughter. However, not only she got her ticket to Madison, she exceeded expectations and finished 3rd. It will be interesting to see her mom strength on display in Texas this time.

An ever-evolving CrossFit athlete. That is how people should describe Haley Adams. In 2021 she became America’s Fittest Woman at the age of 20. A podium finish is not only a dream of hers but a reality that gets closer with each year that passes.

This year Rogue Invitational will host a Legends competition with three events along the weekend.

The first athlete to focus on should be, and always will be as long as he is competing in any CrossFit event, Rich Froning. The American legend and 4x individual Games winner will be looking to make a statement against his peers.

Close on Froning’s neck is Josh Bridges. In one of CrossFit’s most memorable moments, he won a literal tug-of-war against Froning in 2014 event 10. This year Bridges trained for a boxing fight against CrossFit legend Jacob Heppner. Let’s see if his boxing training helped him become a better athlete overall.

Another CrossFit Games veteran that had his chance of competing in Madison this year cut short was Dan Bailey. He contracted COVID just before the events and was forced to tap out.